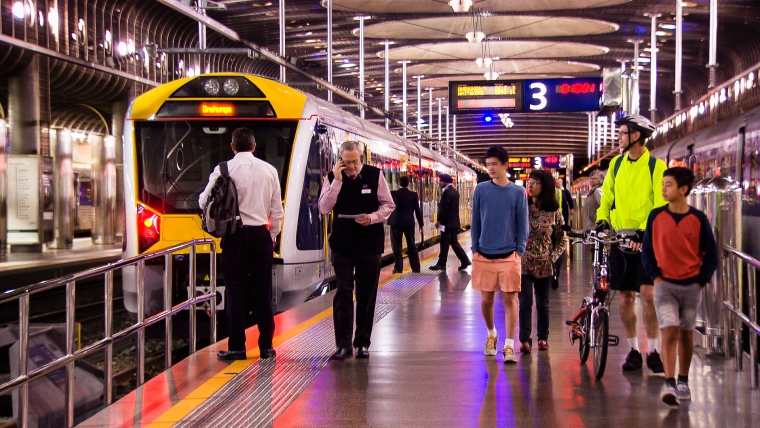 Auckland Transport (AT) is in a fiscal straightjacket and its ability to put off future fare increases for public transport users is limited by the government policy.

In January AT announced its fares for buses, trains and ferries would rise by 2% to cover the cost of more Aucklanders using public transport.

“Our preference is not to increase fares and we have absorbed as much of the costs as we can,” he says.

But he says it is dictated to by government policy. AT’s public transport services are paid for through passenger fares and subsidies from Auckland Council and the New Zealand Transport Agency (NZTA). But under the farebox recovery model at least 50% of its costs have to be recovered through fares.

Ellison says AT is already pushing the boundaries and is currently only recovering “about 44-45%” of its overheads through fares.

He says the system means as more and more people use public transport, the amount AT has to pay also increases to cover new services.

Beckett says the farebox recovery policy punishes Aucklanders for doing the right thing and directly contradicts AT’s goal of getting more people to use public transport.

He says under the current funding model in Auckland to improve services fares have to go up to pay for them. But this then cancels out some of the benefits of increased patronage which results from improved services.

Beckett says the group is keen to meet with Transport Minister Phil Twyford to discuss its concerns.

The three main factors in the campaign are its calls for free weekends for public transport users, daily fare caps and youth discounts.

It says free weekends for public transport users would encourage Aucklanders to explore the city and discourage drink driving on Friday and Saturday nights. It would also allow more people to get a taste of the city’s buses and trains as viable transport options.

Daily fare caps would make public transport more affordable and the pricing far simpler for everyone, Generation Zero says. While it claims its youth discounts would mean fewer young people being driven to school at peak hours, more freedom for people who can’t drive even if they wanted to, and a more affordable city for students to learn in.

In the year to the end of November, 95.6 million trips were taken on public transport in Auckland, an increase of 5.2% on the year before.

Both Transport Minister Phil Twyford and the NZTA were unavailable for comment.

What this really says to me is that as usual central government has devolved far too much to local councils who especially in the regions simply do not have the talent or resources to run adequate services like public transport, efficiently or effectively. Whats the economic case for duplicating every service and its attendant costs district by district? All it does is benefit the bus services contracting to the individual councils. I say take the management (at least) of the whole lot back to central control and develop a nationwide integrated public transport network that actually works. Then maybe we could see some progress.

I for once agree to bringing back some management to the centre. Justin Lester garnered interest from voters from his commitment to modernise and upgrade the capital's transport infrastructure. However, lately he has put on a negative tone blaming the failure on the lack of action from his predecessors over the past 30-40 years. Good job, Lest!

Money will always be spent to ease congestion. The benefit of easing congestion flows to all on the routes.

Public transport within city boundaries should be free, and with free shuttles to and from the nearest station. Only thus will the use of private cars be significantly reduced. Pay for it by road charges for private-car users and by property tax.

i agree with this, its a carrot or stick situation, you need to encourage people to at least try it,
once they have found it is easier you will get more patronage, then you can get more money and put on more services.
also you get an offset for companies doing deliveries with less congestion.
BUT we need to be mindful of new tech and not stuck in the old way of doing things so before we invest in trams have a good hard look and what is happening around the world

The daily commute in my X5 was $35 per day in petrol and parking. Bus is $6.90, which is what I take every day. The cost of buses would have to go up a lot before I get back in a car, especially given the Tamaki Link bus runs every 15 minutes. I can't see why others should further subsidise my logical economic choice. There's always Shanks pony or an owned electric scooter as possibly cheaper options.

For me I catch the train from Masterton to Petone, Wellington it costs $350 for a month pass. I live a 5 minute walk from the station and my work is directly across the road at the other end. If I had to drive the 200km a day round trip over the Remutaka Hill it would probably be double that.

We punish them by subsidising their cost of transport by 55-56%? Mmkay.

The funding model is inept.

The government has a social responsibility to provide transport options for the poor.

This doesn't currently happen as councils fail to provide PT based comprehensive coverage networks that will allow users to get from all origins to all destinations within an urban area, or the headways are too high, e.g. a service every 2 hours. This happens as there is insufficient funding, i.e. 50% farebox recovery.

Central government should directly fund PT comprehensive coverage networks with maximum 30min headways between services. Where fixed routes are not economic on-demand services can be used. There are socioeconomic benefits to the country in doing so. The poor in society then have access to jobs, services and friends.

Yep, it gets really interesting when as the cost of owning and using a car rises people use them less so less money to go towards subsidizing PT.

Also if congestion charging works so well in removing cars from the road and reducing the need for further road development, maybe they could try the same thing by raising PT fares so there is no need to build further rail.