TOP's Geoff Simmons channels Peter Fraser, and joins the dots between a co-operative under existential pressure and the environment. Are we now thinking about a dairy industry without Fonterra as we know it?

TOP's Geoff Simmons channels Peter Fraser, and joins the dots between a co-operative under existential pressure and the environment. Are we now thinking about a dairy industry without Fonterra as we know it? 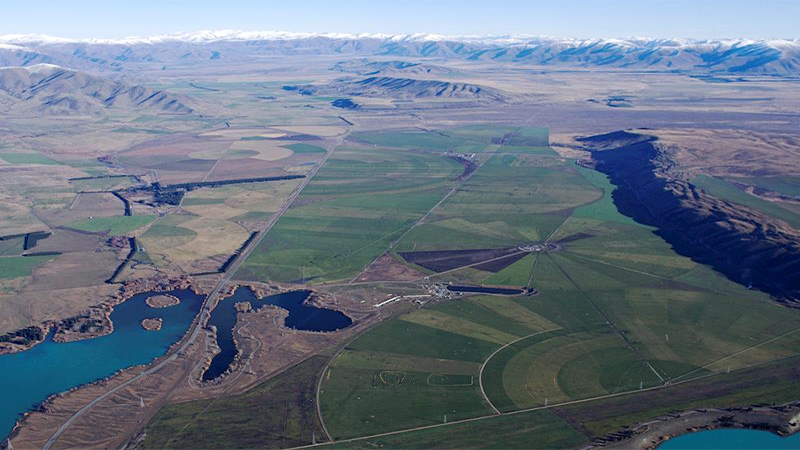 Outspoken economist and ex-public servant Peter Fraser has long been a critic of how Fonterra was set up. With the recent sale of Westland Milk to Chinese buyer Yili, Fraser reckons that Fonterra is on the same track.

In brief, Fraser argues that Fonterra has been overpaying for milk right from the start. In fact, he thinks this was the true intention of the farmers who lobbied for it. The lobby asserted that Fonterra had the potential for value added and could become New Zealand’s Nokia.

But this mystical value added has not materialised. In Fraser’s view, this was deliberate. Fonterra has underinvested in value added at the expense of paying out to farmers, ensuring an artificially high milk price. And since Fonterra sets the milk price for the whole country, it has effectively stopped all companies from adding value.

This high milk price has been capitalised into farm values, which farmers love because it leads to… untaxed capital gain! It has also seen large swathes of the country converted to dairy (such as the McKenzie country), most of which has been an environmental disaster and could end up an economic one, too.

But now, Fonterra’s share price is tanking: falling from $6 when it launched to well below $4 (and still dropping). This is because the dividend has been so poor, since all the money has been propping up the milk payout.

Farmers don’t care about this because their payout is the milk price, plus the dividend from shares. But shareholders have been leaving in droves.

So where to now?

Fonterra needs to start retaining more of the milk payout to shore up its balance sheet and (ideally) make those long-awaited investments in value added.

However, Fraser argues that Fonterra won’t be able to do this, because the payout is set by a formula that is biased towards the farmers. Instead, he predicts that the payout will stay high, Fonterra will keep selling down assets, and the share price will keep falling.

And there is no problem if it falls to zero: Fonterra is a cooperative. But if farmers start leaving the cooperative for better returns elsewhere (i.e. companies that do have some value added), then Fonterra will be left with factories it can’t use. That would spell certain doom. Either the Government (or the Super Fund) would need to step in, or it would end up being sold overseas like Westland.

The recent Dairy Industry Restructuring Act (DIRA) review concluded that the big issue facing Fonterra was its ability to control new farmers joining the cooperative. So Fonterra can now disqualify suppliers for poor environmental standards, which environmentalists have hailed as a win. Of course, it’s unlikely that it will crack down on any but the worst offenders.

But Fraser argues that Fonterra was always able to refuse new farms setting up in distant places like the McKenzie Country and yet has been encouraging greater milk production volume for years. His view of the recent reform is more sinister: that Fonterra wants to be able to refuse new suppliers to punish farmers who stop supplying the cooperative by telling them they can never come back. This, they hope, will prevent the death spiral described above.

The base milk price (BMP) is currently set by Fonterra, in line with a process outlined in the Milk Price Manual – also authored by Fonterra. This process is monitored by ComCom, which can only declare whether or not it is consistent with the legislative objectives. ComCom can signal problems, but doesn’t have the power to do anything. It’s transparent – but also a ringside seat to a bank robbery.

Fraser thinks the Government needs to rethink the DIRA review. It should cancel the silly changes to regulated milk and open entry, rename the BMP ‘the hypothetical industry benchmark price’ (HIBP), and have it set independently. Fonterra would be able to set its own farm gate price at or below the HIBP, like all other providers, and that should allow it to retain another 20–24 cents.

This would not make Fonterra great, but it would enable it to survive and others to get on with creating value.

No matter how things pan out, some farmers who are banking on the milk price staying high (particularly those who recently set up in the McKenzie Country) look to be in for a rude shock.

Monopolies are bad for economies. No exceptions to letting markets and consumers discover the true price/value of goods and services. Drives out irrational malinvestment.

The farmers were smarter than we thought, until that is, when greed takes over. If Fonterra fails & falls, then who has spilled the milk?

... these self same smug cow cookies opposed the carbon tax .... branded it the fart tax ... and are now facing the far more onerous and enormously complex emissions trading scheme instead ...

Tech which could help minimize methane is banned. Do you really think the gummint would tread lightly if the cockies hadn't kicked up a stink over fart tax (is there a pun in that?)

... if the Greens are involved in the decision making process , then there's no chance of science getting a look in to solve any problems ...

These folks are ideologically opposed to " genetic engineering " ... blithely not understanding that every food product they eat has been genetically engineered at some stage in modern human history ....

... Jacinda Ardern's uncle was the MP who drove an old Massey Ferguson tractor up the steps of parliament , to protest against Helen Clarks " fart tax " ... and that publicity stunt did cause quite a stink .. .

Oh dear, greens don't understand science, eh? There is a difference between genetic modification and genetic engineering. The first had been happening since forever by nature with evolution and by us with selective breeding and cross breeding, however the engineering of specific genes or using genes from one organism in another completely different thing and unable to occur using just the first.
BTW I am a greenie by and large.

There is an error in this report - but it is from TOP so not surprised. The launch price of Fonterra Shares was $3.85 not $6. pg 16 http://file.stuff.co.nz/legacy-assets/stuff/asset/fonterra.pdf
This article reads like a plea from corporate processors to have Fonterra reduce the price paid to farmers, to help the corporates balance sheets.
If you ask farmers why they agreed to form Fonterra, it was not to become a 'Nokia'.
Peter Fraser would say that Fonterra pays to much as he is an advisor to a corporate processor which in order to compete, has to pay a similar milk price to Fonterra. They would likely prefer to pay farmers as little as the need to.
And since Fonterra sets the milk price for the whole country, it has effectively stopped all companies from adding value. Then goes on to contradict that statement But if farmers start leaving the cooperative for better returns elsewhere (i.e. companies that do have some value added)..... Please advise which processors only sell fresh milk i.e. carry out no value add at all
NZMP makes over 3000 products - so Fraser says Fonterra has no value add across 3000 products.
shareholders leaving in droves.. Fonterra has lost approx 16% of it's milk supply to competitors. It had approx 96% of the milk supply and now its down to around 80%. The govts of the day are keen to see Fonterra lose supply, as to the govt, it shows there is competition. It is one of the aims of DIRA.
take 50c off this seasons milk price based on the 2018 production of 1,505million kgs that would equate to around $725m and the target for debt reduction by Fonterra is currently $800m
State that the 2019/20 dividend will be no less than 20 cents Dividend can only be paid out on profit, therefore it cannot state in advance what an exact minimum dividend will be. Currently Fonterra advises a predicted range for dividends.

Well said CO
Frazer and Simmonds needed to be called out

Casual Observer,
That link you gave is indeed very interesting and it took me back in history. But those 2007 proposals did not proceed. When Fonterra shares were first traded in December 2012, they sold on that first day around $6.67, The prior fixed price was $4.52 for the previous four years.
KeithW

Keith, But now, Fonterra’s share price is tanking: falling from $6 when it launched Fonterra was launched in 2001 not 2012. 2012 was when TAF came in to being. At no point in the article does Simmons refer to TAF. It is sloppy journalism at best if he means TAF, downright wrong if he doesn't. So as he doesn't make that distinction I stand by my comment.

Interesting article. I for one wonder how Fonterra would have looked if Craig Norgate hadn't been pushed out...

Probably chinese. He didnt do Wrighties much of a favour. Its not NZ owned since his interference.

No mention of the total mismanagement of Fonterra by it's executive for years and years.

Davo36
Most companies or Co-ops in the world go through hard times at some time in their lives. You boys need to remember which industry stopped NZ Inc going to the dogs through the GFC period.Fonterra is feeding 50,000,000 people all over the world, without it we have nothing to replace it that has its earning capacity. Its time to get positive rather than continue to kick the man when he's down for the count!

But we can't bury our head in the sand around mismanagement Grumpy. I'm hoping we can return to a true cooperative structure and culture, but don't see any mind set change out of the shareholder council (they don't represent me), therefore realise more of the same is most likely.

No, we can't bury our head in the sand re mismanagement but neither does it do any good to keep harping on about previous mismanagement, especially given that 5 out of 7 current farmer elected directors, the current CEO, and some of the independent directors were not part of that decision making 'mismanagement'. We can acknowledge the past but we need to look to the future and move on from it.

I'm hoping for the best CO, but to be honest, I still see plenty of evidence of legacy culture.

Yes Ive got all of my fingers crossed that things will change for the better, but the parts of the legacy culture is still present and needs to go!

Oh please.Don't drag the superannuation fund into it. Thats the usual kiwi way of shooting ourselves in the foot. Everytime there is a fund or asset somebody suggests throwing it down the drain.
So. Do the right thing. Cut the milk payout.