The United States has the resources to create a better capitalist system, and it is clear which policies can improve wellbeing. But the country needs to elect a president and Congress that can build this system

The United States has the resources to create a better capitalist system, and it is clear which policies can improve wellbeing. But the country needs to elect a president and Congress that can build this system 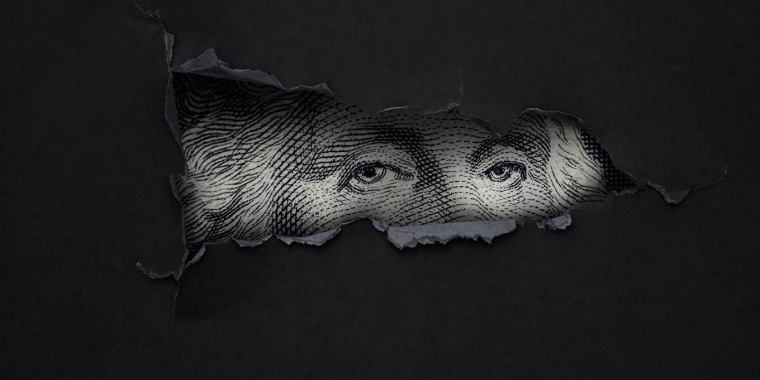 By Clair Brown and Simon Sällström

The candidates in the 2020 US presidential race are proposing an array of economic policies frequently described as either free-market or socialist. These labels often confuse the American public.

In particular, capitalism is widely – and wrongly – understood to be synonymous with free markets. In fact, it includes all economic systems with private ownership of property, from free markets to social democracy.

These various forms of capitalism require basic rules governing how markets operate, such as protection of property and the rule of law. Most capitalist societies also have social programs to protect the most vulnerable. Governments in capitalist economies therefore face two fundamental choices. First, they can either set market rules for the common good, or delegate this task to big business under the guise of “free markets.” Second, they can design universal social programs with the aim of reducing inequality and protecting the environment, or scale them back in order to minimize government spending in these areas.

US President Donald Trump disparages such measures as “socialism,” and instead praises free markets without acknowledging that markets need rules to function. Rather than having government set the rules, Trump prefers to let multinational corporations decide how to operate their own markets. Yet in Big Tech and many other increasingly concentrated sectors, deregulation does not increase competition; on the contrary, it allows big companies to rig things in their favor.

Consider the energy sector, where Trump has put Big Coal, Oil, and Gas in charge of US climate policies. Corporate bosses now determine how much they may pollute and how fast they need to develop renewable-energy capacity, while the US remains addicted to fossil fuels. In the health-care industry, big pharmaceutical companies are free to set drug prices, and large insurers reap one-quarter of the sector’s revenues. The military-industrial complex rules the Pentagon, investment banks control Wall Street, and big agricultural conglomerates hold sway over America’s farmland.

Market concentration allows a few large multinationals to control an industry, resulting in high prices and excessive executive pay. Big incumbents crush newcomers in order to maintain their market power, and then use excess profits to help elect friendly lawmakers and lobby for policies that support their continued dominance – often undermining the power of popular democratic movements.

Several Democratic presidential candidates have highlighted these problems. Elizabeth Warren, for example, blames big-business corruption for worsening inequality and the climate crisis, and undermining American democracy. Bernie Sanders has called for a grassroots political revolution to create a social democracy in the US.

Although Warren and Sanders differ on the details, both want to put government back in charge of structuring markets for the common good – including higher taxes on the wealthy and big business, along with stricter enforcement of antitrust and environmental laws. Both candidates also advocate government social programs aimed at providing everyone with health care, childcare, higher education, adequate housing, and decent jobs, along with a social safety net to support them in hard times.

Other Democratic hopefuls have also advocated some of these measures, but more centrist candidates say such programs would be too expensive or even undermine freedom, thereby echoing a standard right-wing critique. Former Vice President Joe Biden, for example, recently told wealthy donors that “nothing would fundamentally change” if he became president. Yet the US capitalist system needs a major revamp in order to tackle the climate crisis and unacceptably high levels of inequality. European countries have demonstrated how broad government programs, flourishing economies, and freedom go hand in hand.

Our research team at the University of California, Berkeley, has created the Sustainable Shared-Prosperity Policy Index (SSPI) to measure policies that support a meaningful life in a sustainable world. The SSPI ranks 50 countries based on three broad criteria: policies that structure markets with rules and taxes; measures to protect the environment; and government programs that support healthy, educated people along with the infrastructure and human rights that establish a well-functioning society. By gathering data on over 50 policy indicators, the SSPI provides a practical roadmap toward creating an economy that cares for people and the environment.

All US presidential candidates should present their plans for the economy so that voters can assess how the alternatives will affect their quality of life. People need to know whether they will have access to health care, higher education, and childcare, along with a secure job that pays a decent wage and allows time for a balanced life with family, friends, and community.

This is surely not too much for citizens of a rich country to expect and demand. America has the resources to create a better capitalist economy, and we know which policies can improve wellbeing today and for future generations. Now the country needs to elect a president and Congress that can build this new system.

Clair Brown is Professor of Economics and Director of the Center for Work, Technology, and Society at the University of California, Berkeley, and the author of Buddhist Economics: An Enlightened Approach to the Dismal Science. Simon Sällström is the research coordinator for the Sustainable Shared-Prosperity Policy Index (SSPI) at the University of California, Berkeley.  Copyright: Project Syndicate, 2019, published here with permission.

Trump will almost certainly win the next election.

Would have been good to read the Sustainable Shared-Prosperity Policy Index (SSPI) to see if NZ has a good score. Can't find it on the Internet.

Few presidents have in fact driven great financial change. Andrew Jackson & the dismantling of The Second Bank of America, and paying off the national debt. Martin Van Buren was a financial wizard, but undone by a market crash. The much maligned Harding was shrewd enough to cut interest rates and avoid one. Probably Franklin D. Roosevelt, yet a lot of his New Deal measures had already been put in the pipeline by Hoover. Then Reagan and globalisation. The USA is big, very big indeedy. Eight individual states have economies larger than or equal to Russia. Perhaps Trump is right, perhaps he is wrong. But just like Reagan, he will be long gone, before his real impact on the USA can be fully described.

The political set up in the USA was designed in the 18th century to make sure they stay there.

Former Vice President Joe Biden, for example, recently told wealthy donors that “nothing would fundamentally change” if he became president. Yet the US capitalist system needs a major revamp in order to tackle the climate crisis and unacceptably high levels of inequality. European countries have demonstrated how broad government programs, flourishing economies, and freedom go hand in hand.

The first scientific study of whether the U.S. is a dictatorship or a democracy was published in 2014 and it found that America is a dictatorship and that its richest are in control over it. Only wealth and political involvement determined whether a person’s desired governmental policies get passed into law and implemented by governmental policies, the researchers found. Furthermore, “The preferences of the average American appear to have only a minuscule, near-zero, statistically non-significant impact upon public policy.” Consequently, the public’s desires are actually ignored by the American Government. It’s not responsive to what the public wants; it is responsive only to what the politically involved super-rich — the people who mainly fund politics — want. And those billionaires also control, or even own, all of the major ’news’media, and so their propaganda filters-out such realities as that the country is a dictatorship, no democracy at all.Link

That's right. Capitalists don't want free markets. We need a government who controls the rampant big players. Thats not left wing, it's realistic if you want free markets. "Market concentration allows a few large multinationals to control an industry, resulting in high prices and excessive executive pay. Big incumbents crush newcomers in order to maintain their market power, and then use excess profits to help elect friendly lawmakers and lobby for policies that support their continued dominance – often undermining the power of popular democratic movements.

True: ""People of the same trade seldom meet together, even for merriment and diversion, but the conversation ends in a conspiracy against the public, or in some contrivance to raise prices."" - Adam Smith.

Their obsession with "earning" even survival is in the way of their progress. You can thank Calvinism and the Protestant work ethic. This despite the fact that their system is so far from a meritocracy it's not funny. And if you're born poor it's like starting a game of Monopoly late.