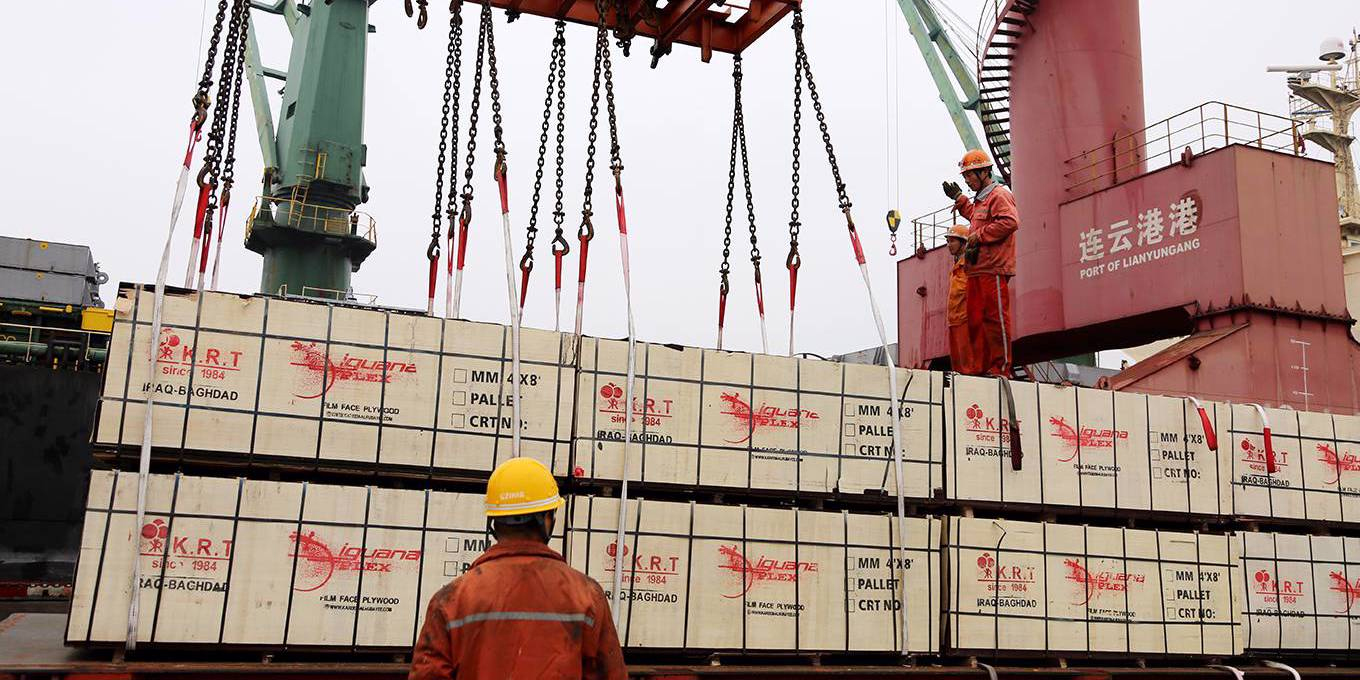 Two years ago, Chinese President Xi Jinping declared that by the time the People’s Republic celebrates its centenary in 2049, it should be a “great modern socialist country” with an advanced economy.

To achieve this ambitious goal, China will need to secure another three decades of strong economic performance and inclusive development.

The question is how.

The first step toward answering this question is to understand what has driven China’s past successes. The list is impressive: three decades of double-digit GDP growth; a sharp increase in the urbanisation rate, from 18% in 1978 to 57% in 2016; and plummeting poverty, according to China’s own standard, from 250 million people in 1978 to 50 million in 2016. At this rate, China will have completely eliminated poverty sometime next year.

But the People’s Republic did not thrive from the very start. On the contrary, Mao’s highly dogmatic and centralised approach, embodied in the disastrous Great Leap Forward and fanatical Cultural Revolution, not only prevented the country from advancing technologically; it pushed the economy to the brink of collapse.

According to China’s state planning commission, by the end of 1977, the decade-long Cultural Revolution alone had cost China a sum of CN¥500 billion ($70 billion) in national income. That is equivalent to 80% of all capital investments during the first 30 years of the People’s Republic and exceeds the total value of China’s fixed assets during that period.

Moreover, the first 30 years of the People’s Republic brought very little in the way of poverty reduction. In 1978, nearly 84% of China’s population lived below the international poverty line of $1.25 per day; per capita income amounted to less than one-third the average in Sub-Saharan Africa; and 85% of Chinese lived in rural villages, isolated and lacking basic necessities like food and clothing.

Everything changed in 1978, when Mao’s successor Deng Xiaoping launched his strategy of “reform and opening up.” Thanks to that change of course – which emphasised constant experimentation, monitoring, and adaptation – China shifted onto the fast track toward industrialisation, fueled by strong export growth and guided by lessons from countries that had recently become high-performing economies.

During this process, China’s government encouraged inflows of foreign capital to spur growth in sectors with potential comparative advantages. As those sectors became globally competitive, they helped to drive gradual structural change, capital accumulation, and productivity and employment growth.

This approach meant that China’s economy, despite its sizeable domestic market, became hugely dependent on external trade. According to the World Bank, trade amounted to nearly 38% of GDP in 2017 – still a remarkably high rate, especially for such a large country. In reality, the processing trade accounts for a large share of this total – over half, for most of the last 40 years – and has relied largely on foreign direct investment.

At first, China did not even import the materials for processing, owing to a lack of equipment and knowhow; instead, it largely processed and assembled customer-provided materials. And when China began to acquire the needed equipment, it came largely from foreign investors, leaving local companies with only meager proceeds. It was only in the 1990s that China began to process a larger share of imported materials.

This slow start underscores China’s strategy of leveraging advanced economies’ strengths to help it overcome its own weaknesses. But, given institutional distortions, including financial-sector discrimination against private enterprises, perhaps a better way for Chinese companies to join global value chains was through “excessive” use of foreign capital.

As China accumulated experience and capital – a process that accelerated in the 1990s – it doubled down on this approach, opening up frontier cities (such as Shanghai) and regions (like the Yangtze River Delta), to attract more FDI. China’s government also encouraged local enterprises to form joint ventures with their foreign counterparts. As a result, China became a global manufacturing center.

But far from settling into its position near the bottom of global value chains, China continued its upward climb, pursuing rapid technological progress and constant industrial upgrading. China has thus been able to reduce its dependence on foreign capital dramatically over the last 15 years.

Within the last decade, however, China’s growth has slowed significantly. Given the long-term nature of the factors underlying the downturn – including weaker global demand for Chinese exports, an extremely high ratio of manufacturing value-added to GDP, and a declining working-age population – this trend is likely to continue. If China is to achieve advanced-economy status by 2049, it will therefore need to make significant changes to its growth model.

China’s leadership recognises this. Having acknowledged that the country’s days of double-digit GDP growth are probably over, the authorities are working to contain credit growth and, more broadly, to curb debt and financial risk to manage the trend of slowing growth. Moreover, it has been trying to foster new growth in high-tech sectors. To that end, it has accelerated the opening up of capital and financial markets.

But, to realise Xi’s vision, China must go further, fundamentally transforming its growth model to ensure the generation of greater income growth within its domestic market. Thus, a sharp and sustainable increase in domestic demand is key. This will require, for starters, continued rapid urbanisation, with the population of more developed cities increasing by 200-250 million over the next 30 years.

Furthermore, achieving Xi’s goal will depend on continued growth in demand for physical infrastructure and massive corporate investment in machinery and equipment. This would require faster progress on opening up access to depressed and protected market sectors, especially the services sector, not only to foreign enterprises, but also – and more importantly – to private Chinese firms. In short, China must make its considerable size a source of growth. Having said that, it also needs to ensure fair domestic competition, thereby reversing the decline of private confidence in investment over the last decade and improving the economy’s overall productivity growth.

The focus on exports has undoubtedly served China well over the last four decades. But, over the next 30 years, the key to success will be to release the massive potential of China’s domestic market, especially by clearing institutional barriers that impede the expansion of private enterprises’ creativity. Only then can China move beyond imitating its more developed counterparts to leading the world in innovation.

Is China's recent decline in GDP growth a symptom of the early stages of the great unravelling as they revert to Maoist/Stalinist ideas?
"Anyone attempting to split China in any part of the country will end in crushed bodies and shattered bones", in case we are in any doubt about where Xi stands.

A warning from history:
https://www.washingtonpost.com/news/volokh-conspiracy/wp/2016/08/03/givi...

The CCP's leadership is still the number one factor contributing to China success during the past 40 years and continue to be for the next 50 years.

Trouble is xing, to us soft liberal Westerners your words rather confirm our greatest fears.

It depends on who fears who: Russian Defence Minister Sergei Shoigu: It is the West that is responsible for waging hybrid wars, not us

Yet another non critically reasoned article blowing CCP trumpet.
Can we PLEASE have some balance?
How about a James Rickards article??
Please can you print someone indicating that China is an authoritarian dictatorship?
Funny how because China is NOT a welfare state and very pro-free trade, the capitalist world elite just love them despite hating Communism, supposedly, and being so attached to "freedom"

How about we just ask for avoidance of articles advocating, assuming or lauding exponential growth?

And particularly those still talking of 'productivity gains' this late in the discussion, labour being a mere 0.7% of work-done. Plateauing energy efficiencies maybe, but productivity, no.

Oh dear, that would eliminate the majority of business articles in the NZ press.

Doesn't matter which ideology is backing the story, it's the story which is falsifiable at this point. Who blinks first on a planet which cannot support both/all, is the next interesting question.