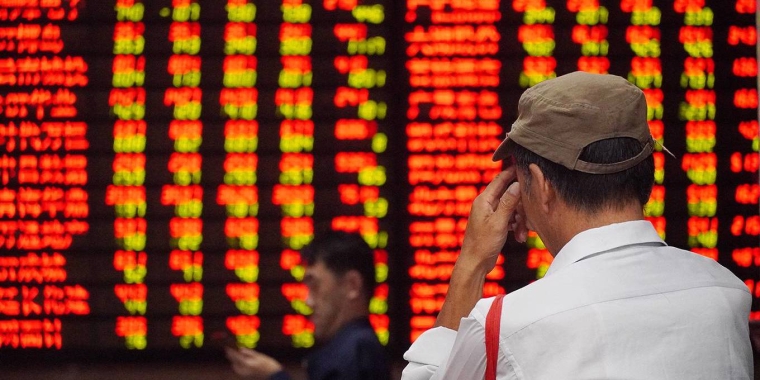 China’s GDP growth may still be strong by global standards, but the annualised rate of 6% in the third quarter of 2019 is the lowest the country has recorded since 1992. In fact, China’s GDP growth has been slowing steadily since the first quarter of 2010, when it exceeded 12%, year on year. This downward trend is riskier than many observers seem to realise.

In recent years, the prospect of slower Chinese growth has gained widespread acceptance, both within and outside China. A shrinking working-age population means that 8% growth is no longer essential for full employment, it is argued, so introducing more fiscal or monetary stimulus isn’t worth the risk. Instead, China’s policymakers should focus on improving the quality of growth through supply-side structural reforms – an objective that, most economists in China argue, may in fact be easier to achieve in a lower-growth environment.

This approach is misguided. While structural adjustment is crucial, slower economic growth is not a prerequisite for success; on the contrary, it would impede reform. Moreover, given that the complexity of China’s labor market impedes data collection, it is likely that China’s employment situation is not as strong as many believe.

In this context, the Chinese government’s top priority should be to arrest the decline in GDP growth – not least to prevent a kind of snowball effect that will make restoring growth far more difficult later. After nearly a decade of continuous deceleration, with no end in sight, investors and consumers are becoming increasingly reluctant to spend. Serious financial vulnerabilities will only deepen their concerns; ceteris paribus, declining growth will worsen all indicators of financial stability.

Fortunately, China has the policy space to pursue stimulus. To be sure, as a share of GDP, China’s broad money supply (M2) is among the world’s highest. The country’s fiscal position may not be as strong as official figures suggest, and its corporate debt-to-GDP ratio is also among the highest in the world. But a closer look suggests that the associated risks are overblown.

The primary risk associated with monetary expansion is, of course, inflation. But Milton Friedman’s assertion in 1956 that “inflation is always and everywhere a monetary phenomenon” has been thoroughly debunked in recent years. Countries with high M2-to-GDP ratios have often maintained low inflation, and countries with low M2-to-GDP ratios have sometimes struggled with high inflation.

China is no exception. Although M2 has grown faster than nominal GDP consistently over the last decade, China’s core consumer price index has hovered around 2%, and its producer price index has often fallen into negative territory. This can be explained partly by Chinese households’ financial habits: they save a lot, boosting M2, but mostly in savings accounts, which aren’t inflationary. For China, deflation is now a more serious concern than inflation.

On the fiscal front, the figures are doubly deceiving. Officially, China has had an average deficit-to-GDP ratio of less than 2% over the last decade, and a government debt-to-GDP ratio of about 40%. Yet, in the first ten months of this year alone, local governments have issued CN¥2.53 trillion ($359 billion) in special-purpose bonds, intended to support public-interest projects.

Such bonds are not recorded as deficit financing, because it is assumed that the projects they fund will generate enough income to cover all debt obligations. If they were, China’s deficit and debt ratios would rise significantly.

Yet, even if these indicators were recalculated to account for all of the government’s contingent liabilities, China’s fiscal position would remain significantly stronger than those of most developed economies. More important, China’s government boasts net assets worth some $17 trillion in 2016, according to the Chinese Academy of Social Sciences – a powerful buffer against fiscal shocks.

The bigger risks arise from China’s corporate debt, which surpassed 160% of GDP in 2017. But even here, there is little reason to panic, because China’s corporate debts – largely the result of underdeveloped share markets – are financed mostly by domestic savings. (Despite having increased in recent years, China’s foreign debt remains relatively low.)

Moreover, the growth of China’s corporate debt-to-GDP ratio has slowed in recent years. The best way to bolster this trend is not to refuse to roll over corporate debts – potentially causing liquidity shortages that drive companies needlessly into bankruptcy – but rather to give firms the chance to grow out of debt. That requires a faster-growing economy.

China has the policy space to implement a powerful economic stimulus package. While the side effects and limits of such a package should be fully recognised, the risks of a continued slowdown – not only for China, but also for a global economy primed for recession – dictate that the government should use it.

Interesting take! And I agree to some point, but stimulus should only be towards those can truly grow themselves out of debt.

We see a lot of business models these days that need a miracle just to break even, to keep pumping them with cash does nothing but delay the inevitable

Bloomberg Odd Lots interviewed Prof. Michael Pettis recently and he had some genuinely interesting thoughts on the challenges China faces and why "more of the same" might not be helpful this time. His views don't chide with the above but he adds interesting dimensions to the discussion: https://www.bloomberg.com/news/audio/2019-09-27/the-negative-effects-of…

If everything is so peachy in China, why is everyone so desperate to get their money out of the country?

Let's keep the corporate debt in perspective, not exactly small:

I don't get how the debt being domestic makes a difference? If you have a bunch zombie companies they will fail eventually and it will take the employees down with them. Capitalism works (for the most part) because it's ruthless in allowing bad businesses to fail, China can keep the ponzi going to maintain stability, but I feel the longer this goes on the worse it's going to get, they need to rip the band-aid off and get the pain over and done with.

I love the sense of national pride, but let's get real here:

China is experiencing a significant real estate bubble, ongoing capital outflows, extreme corporate debt levels, an ongoing trade battle with their largest trading partner, civil unrest in Hong Kong (and Taiwan and Vietnam don't seem too happy either), a global push back against their key tech companies and IP theft concerns from key prospects, growing global concerns of human rights issues and massive food price inflation especially with pork (which makes up 75% of China's meat consumption) prices up 76%. Throw in an increasing number of companies moving out of China, even in regions not affected by trade wars for good measure:

When you put it all together it doesn't paint a pretty picture to be honest.

People can spin it however they want but I find debt is debt and everyone pays the piper eventually, one way or another.

The domestic debt means that when it all falls apart the Chinese savers & investors take the hit. When the Shanghai Composite crashed in 2015 it lost 40% of its value with little global effect.