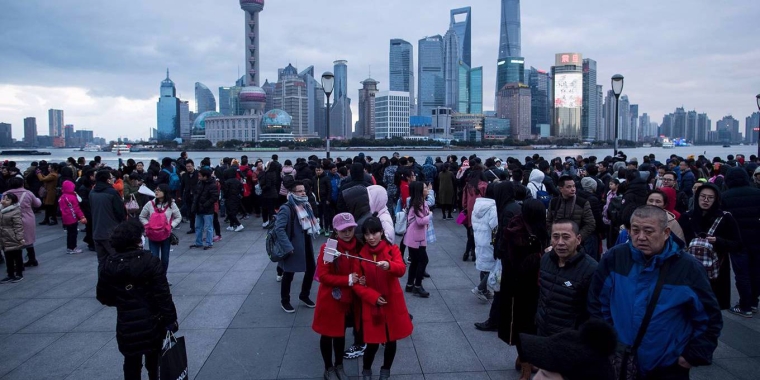 This year’s Nobel Memorial Prize in Economic Sciences was awarded to Abhijit Banerjee, Esther Duflo, and Michael Kremer for their experimental approach to poverty reduction. In the Nobel Committee’s view, the economists’ use of randomised controlled trials (RCTs), a method adapted from medical sciences, to test whether specific interventions work has “considerably improved our ability to fight global poverty.”

But, while some celebrate the recognition of a new way to tackle an old problem, others doubt that “dividing this issue into smaller, more manageable questions,” as the Nobel Committee puts it, can really reduce poverty on a large scale. Conspicuously missing from this debate is the experience of China, which has accounted for more than 70% of global poverty reduction since the 1980s, the most successful case in modern history.

Over the last four decades, more than 850 million people in China have escaped poverty. Yet as Peking University’s Yao Yang notes, this had “nothing to do with RCTs,” nor did it involve giving handouts to the poor – instead, it was the result of rapid national development.

Since Deng Xiaoping launched “reform and opening up” in 1978, China has pursued export-driven industrialisation, liberalised the private sector, welcomed foreign investment, and embraced global trade. As millions of farmers moved from fields to factories, they earned wages, saved, and sent their children to school. This, together with a surge in private entrepreneurship, helped to create the world’s largest middle class.

What Yao fails to acknowledge, however, is that China’s impressive record of poverty reduction has been accompanied by two serious problems – inequality and corruption. When President Xi Jinping took office in 2012, China’s Gini coefficient (the standard measure of income inequality, with zero representing maximum equality and one representing maximum inequality) stood at 0.47, higher than in the United Kingdom or the United States. A Chinese household survey reported an even higher coefficient of 0.61, nearly on par with South Africa.

A rising tide lifts many boats, but some rise far higher than others. So, while millions of Chinese were lifted just above the poverty threshold, a few individuals were catapulted to the heights of opulence. This was not only a matter of luck or even entrepreneurial spirit: though some of China’s wealthy amassed their fortunes through hard work and risk-taking, plenty of others did so by cozying up to government officials willing to trade lucrative privileges for bribes.

Recognising the risks posed by high inequality and pervasive cronyism, Xi has launched two simultaneous campaigns. One vows to eliminate rural poverty by 2020, using “targeted” poverty alleviation measures such as job placements and welfare subsidies. Another aims to root out corruption. Under Xi’s leadership, more than 1.5 million officials, including some of the most senior members of the Communist Party of China (CPC), have been disciplined.

China’s experience holds important lessons for development economics. For starters, while RCTs and the targeted programs they evaluate can play a role in reducing poverty, the most powerful means of doing so at scale is economic growth. As Oxford’s Lant Pritchett shows, no country has reached the point where more than 75% of all households lived on more than $5.50 per day until median income exceeded $1,045 annually.

Given this, anyone interested in large-scale poverty reduction should seek to understand what drives sustained economic growth, by studying history, political economy, international trade, and systems thinking (connecting parts of a development strategy). If RCTs are equivalent to “plumbing,” as Duflo and Banerjee describe, then systems thinking is the work of mapping out and overhauling the entire drainage network. Simply put, we cannot lose sight of the big picture.

The second lesson from China’s development experience is that growth may not always be equitable. Welfare programs and the delivery of public services like education and health care are needed to distribute broadly the gains from economic growth. Here, the work of this year’s Nobel laureates can help, with RCTs being used to assess the performance of targeted interventions.

Finally, adaptive governance is essential. Contrary to Yao’s argument that China owes its economic success to following “the advice of classical economists,” the country has actually defied many standard policy prescriptions – most notably, the belief that Western-style democratisation is necessary for development.

That does not mean that authoritarian rule enabled Chinese prosperity, as many believe. Under Mao’s dictatorship, China suffered disastrous outcomes, including mass famine during the Great Leap Forward. The real secret behind China’s economic dynamism was “directed improvisation”: local policy experimentation guided by central-government directives.

In a nutshell, the key to poverty eradication is inclusive growth. Achieving it requires a combination of macro policy measures to foster national development and micro-programs that address specific weaknesses. Emerging economies must also adapt their development strategies to twenty-first century challenges, particularly technological transformation and climate threats. This calls for a variety of research and tools. There is no silver bullet.

Another essential ingredient to raising China from poverty was the rich first world nations desire to slash their own production costs (and indeed, somewhat gut their own culture) and contract China to do so for 10% of the price. Two things at play here: firstly the greed of the western capitalists for more profit, often at the expense their own working class, and secondly China's rise out of poverty needed outside (first world) wealth in order buy all their production. Interesting also is that both these decisions were made in the west.

Since WWII WTO favouring the likes of US - now even US try to get out from WTO, WTO is a UN organisation that shield the money flow via trade means.. despite the paper saying it's 'For the world..' - China always play game of chess about the WTO rule book, for sure the money influence is greater on influencing the decision there. In the end? - Is China planning to use WTO ruling, the same as US previously for their own benefit? or benefit for the rest of the world - Now, that's the key part - IF the beneficiary of those WTO ruling in the end ..all just for China? - what is the different? - May be the rest of those other poor nations, could decided to just go for small rescue boat, abandon the big WTO ship - China need to open eyes for the world, they marvel is at the expense of planet buying addictions cheaply. Time is ticking for them to think the whole world in positive collaboration, interdependence, import/export/exchange/trade positively, mutual respect.

My reading is slightly different. Capitalism, that is, releasing the natural creativity of the ordinary people to better their own lives, was the driving force behind China's success. Capitalism is much maligned, but responsible for much human progress as well as much harm. Capitalism needs rules about what is fair and reasonable, though, and this is where things seem to go wrong. The interests of the bankers and the bureaucrats and politicians seem to warp things in their favour and cause these functions to become parasitic. The fundamental ethos of honest business is that both sides are better off after a transaction that is freely entered into. This is how most transactions are in our everyday lives.

In the early years of the 'opening up'/capitalist growth, the government offered different levels of subsidies based on the volume (and growth in volume) of goods exported. In most cases, the subsidies were the profit and hence the goods were sold at cost in order to meet/make the export subsidy. So it was capitalism, but with direct government subsidies as the profit line.

May be not natural creativity? it's rather.. natural productivity.. Capitalism is a hush hush by CCP, despite the twist of practicing it .. productivity to be consumed for the much part of the world. The bottom labour force is always larger portion to support minority at the top. Correct me if I'm wrong, read somewhere that equal to the US population (350Mil?), is the China success story.. I'm just pondering if those success number is actually being supported by the rest... 1.3Billion of worker ants, which as we speak.. is feeling lucky enough to get a work of soldering some PCBs for customised electronic board, get paid, pay rent/food, double shift to pay for child schooling...own home/expensive car? (..dreaming).

Capitalism has failed, which is why NZ has so many children living in poverty and why we had to elect a young female socialist leader to enact socialism, destroy the rural community so that all the farmers can move to the cities and work in factories. Just like China.

president Xi is doing a great job of helping the majority of chinese out of poverty,without press freedom or means of verifying the numbers they put out,so the growth might be illusive rather than inclusive,otherwise why would they be leaving in such large numbers?and nobody wanting to go back including the writer herself.

Very well put, use money to play soft rule book of other countries (eg. in properties) - but the opposite, doesn't work that way. Say you've got 10Mil even, go to China & try to buy property. Is it easy for them to buy in India?, Singapore, Malaysia, Indonesia? IF not why? - China riches.. wow.. about that of US population?.. ehem, what about those poor that made those riches, they don't like to be called poor - because they at least got the job to sustain daily survival.. if not mistaken.. still about 1.3Billion of them on that condition. The other .35billion busy buying overseas company.. slowly to siphon the funds out of China, export citizens for the company they've bought, declared insolvency within 3-5-7 years - then circulate the initial funds into local RE - repeat the cycle.

If $5.50 per day is the measure of poverty, then NZ has nobody in poverty, but if you measure Chinese poverty by NZ standards then China still has a billion people living in poverty. The best way of changing poverty is by changing the measurement.