In 1995, a sociologist argued that developed countries’ “overriding task” for the subsequent decade was to "square the circle of wealth creation, social cohesion, and political freedom.” More than two decades later, most have not even attempted that feat

In 1995, a sociologist argued that developed countries’ “overriding task” for the subsequent decade was to "square the circle of wealth creation, social cohesion, and political freedom.” More than two decades later, most have not even attempted that feat 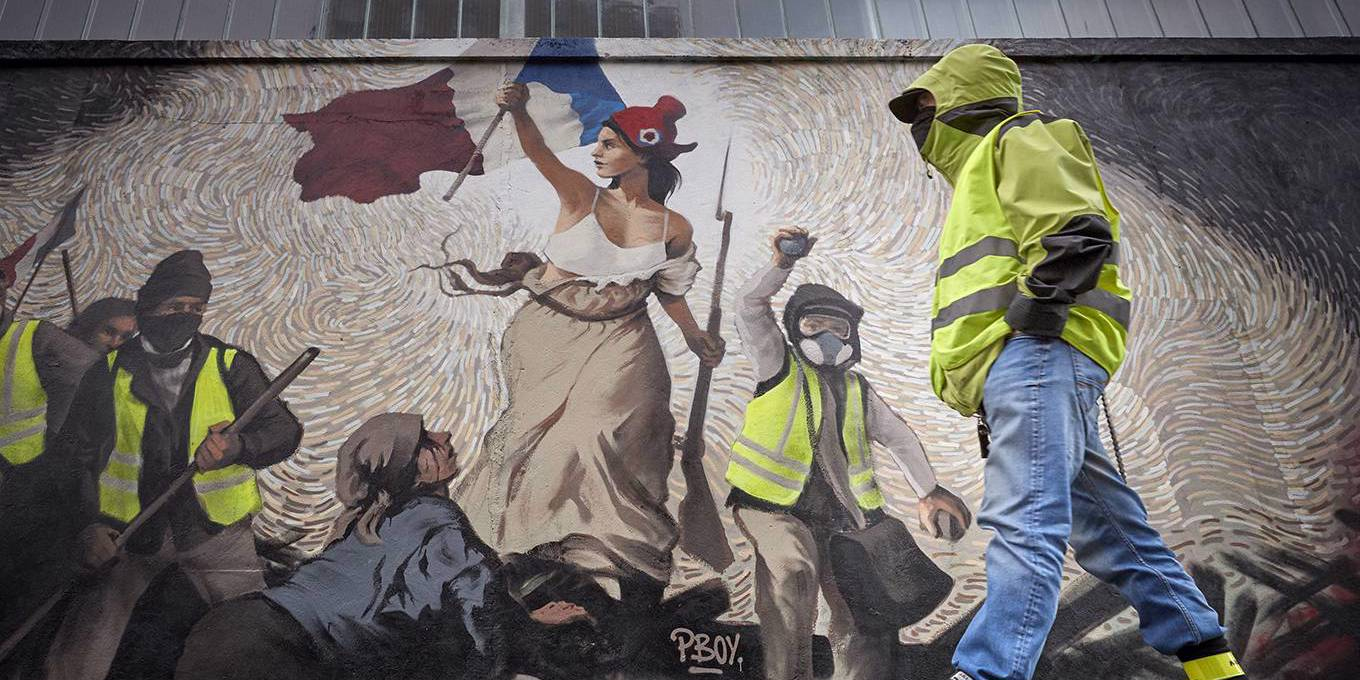 After three decades of worsening economic inequality, advanced-country populations are angry, and they are taking their grievances to the ballot box or the streets. But credibly addressing inequality also demands action regarding a less-discussed facet of this trend: declining intergenerational social mobility.

Nowadays, parents cannot assume that their children will be better off than they are. On the contrary, a 2018 OECD report concluded that in the average developed country, it would take 4-5 generations for children from the bottom earnings decile to reach the mean earnings level. The more unequal the country, the longer upward mobility takes.

Inequality and lack of social mobility are closely linked to geography, with urban areas typically doing much better than rural ones. In the United States, the Brookings Institution reports that cities with more than one million residents have contributed 72% of total employment growth since the 2008 financial crisis, compared to just 6% for cities with populations of 50,000-250,000. Since 1970, wages in the top 2% of US metropolitan areas have risen by nearly 70%, compared to 45% in the rest of the country.

A study by the UK2070 Commission shows that from 1971 to 2013, Northern England’s cumulative output growth fell by 17 percentage points, whereas London’s rose by 12. This has important implications for social mobility: a child who is poor enough for free school meals in Hackney, one of London’s poorest boroughs, is still three times more likely to attend university than an equally poor child in the northern town of Hartlepool.

These trends can be traced back to the 1980s, when US President Ronald Reagan and UK Prime Minister Margaret Thatcher began to pursue structural reforms that aimed to boost competitiveness by rebalancing their economies away from manufacturing and curbing the power of unions. But, while those reforms were in some ways warranted – recall the “stagflation” of the 1970s – little was done to mitigate their social consequences.

This policy failure, exacerbated by the effects of technological progress, led to what the economist Dennis J. Snower calls as the “decoupling” of economic and social trajectories: even as GDP grew, real wages and prospects for advancement stagnated or deteriorated for large swaths of the population. For example, the Economic Policy Institute reports that, from 1979 to 2018, net productivity in the US rose 70%, but real hourly wages increased by only 12%. Today, 14% of Americans – more than half of whom are people of color – are “working poor” (full-time workers with incomes that are less than 200% of the poverty line).

With low-paying jobs and little hope of getting ahead, a growing share of people are stuck in a kind of limbo, earning too little to make ends meet, but too much to qualify for government support. Over time, they become economically, socially, and culturally isolated, increasingly resentful of the prosperous elites, and vulnerable to appeals by neo-nationalist populists and aspiring authoritarians.

This dynamic is most pronounced in the US, where it contributed to the election of President Donald Trump, and in the UK, where it fueled support for Brexit. But, with much of the Western world having followed Thatcher and Reagan’s example, it is now afflicting all developed economies, dividing societies and stunting their development.

None of this should be surprising. In 1995, the sociologist Ralf Dahrendorf described the “perverse choices” demanded by globalisation. To become and remain competitive in international markets, he observed, countries had to use resources in ways that threatened social cohesion and political freedom.

These choices led, for example, to a new form of inequality that Dahrendorf called inequalization: “building paths to the top for some and digging holes for others, creating cleavages, splitting.” He presciently predicted that the emergence of an “underclass,” excluded and insecure both economically and socially, would give rise to authoritarian temptations.

The advanced economies’ “overriding task” for the subsequent decade, Dahrendorf wrote, was to get as close to possible to “[squaring] the circle of wealth creation, social cohesion, and political freedom.” Yet more than two decades later, most have not even attempted that feat. Instead, following the logic of neoliberalism, they focused on economic growth.

It is time to heed Dahrendorf’s call. This does not mean implementing protectionist policies, which would not only undermine economic growth, but also potentially reinforce authoritarian temptations, given such policies’ link to identity politics. Instead, it requires a comprehensive program comprising proven measures for increasing economic security and social and political engagement.

For starters, countries should reform their tax systems with an eye to reducing wealth disparities and encouraging entrepreneurship and job creation. At the same time, following the example of California – where post-World War II investment in public universities were pivotal to its subsequent economic success – they should foster social mobility through investment in education and skills training.

Social protections targeting those who are most vulnerable to globalization are also needed, as are policies to compensate for regional disparities, including managed migration (both domestically and internationally). In the 1930s, US President Franklin D. Roosevelt’s New Deal, which lifted the US out of the Great Depression, included such measures, as did similar programs in Europe.

Finally, to counter social exclusion and fragmentation, efforts must be made to strengthen civil society and to encourage sustained, credible, and respectful public debates. It may take decades to heal social and cultural divides, but it can be done. The question is whether leaders will do what is needed.

Helmut K. Anheier is Professor of Sociology at the Hertie School of Governance in Berlin and at the Max Weber Institute, Heidelberg University. Copyright: Project Syndicate, 2019, published here with permission.

Yes, good article guys. And by the lack of posts herewith, not an easy one to answer.
One thing we know is that inequality leads to trouble. You can't stop bright (or hard working) people doing well, that is the beauty & the opportunity of a capitalist democracy - the chance to succeed.
But sadly, not everyone thinks like that.
It's the working poor that I feel for. These are the folk are trying to do their best by working hard, but can't seem to lift their lot in life. This was Labour's heartland until recent times, but still these folk are locked into a battle for survival despite their well meaning intentions. It's not hard to understand why many of them are choosing to fall into the welfare net, as for zero effort you can survive just as well as working yourself to an early death. None of this answers the questions posed above, however, but it needs looking into that's for sure.

It's hard to disagree with the broad thrust of the article. Similar things have been said before. The great difficulty though, is translating the high ideals into practical programmes at the ground level. No-one around the world seems to have achieved it. The progressive north European countries appear to be more economically moribund than the more "unequal" US, while having a similar, if perhaps smaller, disaffected class.
Perhaps a good first step is for politicians and urban plutocrats to respect the less fortunates' democratically expressed views. Democracy is supposedly government for the people, by the people. If it actually worked that way, people might be a little less resentful.

The government should be serving the people, not the people serving the government. I think that's a major reason for the next generation not participating in voting and politics in general. We see them as career politicians that have their fingers in all the pies and use their status to accrue more wealth whilst on the public payroll.

...efforts must be made to strengthen civil society and to encourage sustained, credible, and respectful public debates.

I guess this means introducing more hate speech laws and forbidding European identity ideas and expression, or anything supporting tradition or masculinity?

I think inequality is a red herring.
https://blogs.lse.ac.uk/politicsandpolicy/personal-values-brexit-vote/
and this
https://www.opendemocracy.net/en/transformation/why-we-must-all-reduce-o...

Respectful Public Debate - one academic talking to another? Australian cricket fans applauding the opposition? Disco fans being respectful of Jazz and visa versa? Public debate has to be robust if the two sides think the subject actually matters. Robust but not 'no platforming' which implies you believe you have god on your side.

How do you square social and cultural cohesion with our elites preference for multi-culturalism?