A researcher lament of governments' failure to collect the most basic statistics on the distribution of income and wealth, an absurd failure because banks and big tech have this data now

A researcher lament of governments' failure to collect the most basic statistics on the distribution of income and wealth, an absurd failure because banks and big tech have this data now 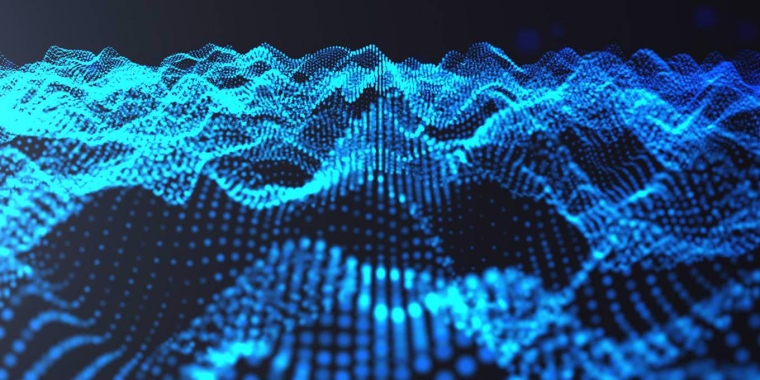 We are living in the Dark Ages of inequality statistics. More than a decade after the “Great Recession,” governments are still unable to track accurately the evolution of income and wealth. Statistical agencies produce income-growth statistics for the population as a whole (national accounts), but not for the “middle class,” the “working class,” or the richest 1% and 0.1%. At a time when Google, Facebook, Visa, Mastercard, and other multinational corporations know intimate details about our private lives, governments still do not capture, let alone publish, the most basic statistics concerning the distribution of income and wealth.

This failure has huge costs for society. The perception that inequalities are reaching unjustifiable heights in many countries, combined with a lack of any possible informed choice for voters, is fodder for demagogues and critics of democracy.

Making matters worse, experts in the field of inequality are sometimes depicted as being overly reliant on specific methodological approaches, as illustrated in The Economist’s recent cover story, “Inequality illusions.” But, of course, data in the social sciences are by their very nature open to challenge, which makes methodological debates largely unavoidable. The question is where to draw the line between legitimate academic disagreement about inequality levels and trends and outright inequality denialism.

Whether or not inequality is acceptable – and whether or not something should be done about it – is a matter of collective choice. To help inform the debate, more than 100 researchers from around the world have joined forces to develop innovative methods for compiling inequality statistics through the World Inequality Database, which now covers more than 100 countries. The WID includes the widest possible array of available data sources, from household surveys, tax-administration data, national accounts, and wealth rankings published in the media, to the “Panama Papers,” through which the International Consortium of Investigative Journalists exposed stockpiles of wealth stashed in various tax havens.

The WID’s methodology is set up in a way that allows results to be reproduced and debated, while contributing to the expansion and improvement of the available data. When consistently applied to various regions and countries, divergent patterns appear, with inequality increasing in some countries, and stagnating or declining in (a few) others. And the WID is just one of multiple institutions – including the LIS Cross-National Data Center, the Commitment to Equity Institute, the World Bank, and the OECD – now fruitfully working to improve our understanding of these issues.

But progress in measuring inequality has been hampered by recent policy developments, which belie narratives about greater transparency. Many advanced economies have reduced the number of tax audits performed each year, making it harder to access and analyze this key source of information. Likewise, as progressive taxes on capital incomes have been phased out, and as wealth and inheritance taxes have been repealed, some of the most basic sources of data on wealth inequality have disappeared.

Owing to the lack of high-quality fiscal and administrative data on capital incomes and wealth, many observers will turn to other sources, such as billionaire rankings published by a number of magazines. But while these sources can provide valuable insights, they do not meet the standards of methodological rigor and conceptual clarity on which an informed public conversation should be based.

For these reasons, researchers, the media, and civil-society organizations need to get more involved. It is critical that we develop an internationally recognized set of indicators and methods for tracking income and wealth. Government statistical agencies should be publishing the income and wealth levels of the top 1%, 0.1%, and 0.001%, as well as the effective taxes paid by these groups.

To that end, a particularly important milestone will come with a revision, due in the next three years, of the United Nations System of National Accounts. (We are currently working with national statistical offices, the OECD, and the UN on this effort.) GDP statistics were originally born of researchers’ stubborn commitment to provide evidence of national incomes during the Great Depression. It would be a pity to wait for the centennial of GDP – or for another recession – to craft distributional growth statistics.

All societies must start to engage more in the production and dissemination of transparent economic information. We call on all interested parties from civil society, the media, governments, and the academic community to join the effort to bring inequality data into the twenty-first century.

It is hard to know, even if this information was readily available and of integrity, what exactly could be done about it. Sounds cynical, but the hard fact is that those possessing the power to address it are hardly likely to want to weaken their own personal status. Inequality has been in place probably forever, acknowledged, accepted even, throughout all of recorded history. Call it the class system if you like. True it has been often challenged and assailed, overturned too, by revolutions, civil wars, invasions. Realistically though, more often than not, one set of powerful and rich are simply replaced eventually by the incomers. Alternatively as in England, after Cromwell, the people actually wanted the old elite restored. Perhaps Cuba post 1959, is the closest example of a society that has remained levelled out so to speak, but Cuba is certainly not part of the free world. Believe it is inherent in society, human nature, that some will always be more equal than others. Novels such as The Lord of the Flies, or theatre as per The Admirable Chrichton, depicted this point graphically, quite some years ago.

I think it comes down to the fact we are not all the same so our lives through our IQ/EQ/what economic status we are born into/quality of parenting/who we meet in life etc determines our outcome. Taxation is a vehicle that can help to balance inequality, like a CGT on everything including the family home at a rate that is acceptable and fair. I have seen studies where if applied across the board at say 7.5% the revenue is eye watering and IF that money was spent wisely by the Government a more balanced society can be achieved but it will take a big shift to make that happen.