Surprisingly major and direct changes in Australia to stamp out conflicted remuneration in the financial industry is a clear signal to New Zealand advisers, brokers, and others paid bonuses to distribute and sell

Surprisingly major and direct changes in Australia to stamp out conflicted remuneration in the financial industry is a clear signal to New Zealand advisers, brokers, and others paid bonuses to distribute and sell 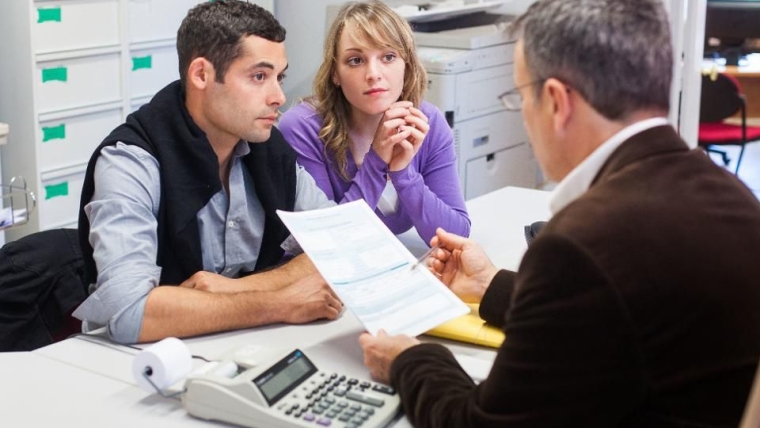 If you are a finance professional involved in selling or distributing products and services, the chances are you either earn your income based on a commission or brokerage paid by the product producer, or you earn a bonus based on your sales success.

I have bad news for you.

The chances of such systems lasting in New Zealand much longer are quite limited. Success-based compensation in the financial sector is greatly endangered.

There are no announcements on that yet in New Zealand, but in Australia the game is almost over.

On January 1, 2020 a new financial adviser code of ethics became mandatory there.

Standard Three of that Code says,

You must not advise, refer or act in any other manner where you have a conflict of interest or duty.

This standard reinforces the fiduciary responsibility such advisers have when dealing with customers. The core responsibility is to put the clients interests first, ahead of their own.

Conflicts of interest have bedeviled the financial industry forever. Things came to a head in Australia with the issue of the Sedgwick Report and its identification of "conflicted remuneration". Then followed their Royal Commission into Misconduct in the Banking, Superannuation and Financial Services Industry where Justice Hayne took matters much further, saying such conflicts were at the heart of bad choices and decisions by financial industry people that harmed many Australians.

Those twenty words in that Standard Three by regulator FASEA are in fact powerful.

And they have reinforced that power by issuing legal guidelines that explain the implications. Especially, see page 17:

Other sources of ‘variable income’
You will breach Standard 3 if a disinterested person, in possession of all the facts, might reasonably conclude that the form of variable income (e.g. brokerage fees, asset based fees or commissions) could induce an adviser to act in a manner inconsistent with the best interests of the client or the other provisions of the Code.

Lawyers will have noted the word 'could'. It won't matter in Australia whether there was an actual conflict or an actual breach of trust, or not. All that now matters is if brokerage fees, asset based fees or commissions could be seen as a conflict, by some outsider.

Right there, conflicted remuneration is toast.

The only way forward for the Aussies is fee-for-service, paid for by the client. Fee and commission income 'earned' from the product supplier will die out quickly you can assume, given the legal risks involved.

But perhaps it will become 'worse' that this. If an adviser owns shares in a bank or life insurance company (just as examples) that had products they recommended to a client, it seems pretty clear that that is a conflicted situation too.

Where future outcomes aren't as the client expected, lawyers will have a field-day, a feast on any adviser and their professional indemnity capacity - if any insurer will now cover such risks.

None of this applies in New Zealand - yet. But our regulators and public policy officials will be watching the Australian developments closely.

And in Australia, it is not yet clear whether mortgage brokers are covered by the same requirements to avoid conflicted remuneration. Mortgage brokers there used their lobbying power to talk leaders in both political parties into insulating them from these coming requirements so they could retain supplier-paid commissions and brokerage. At least, that is a general promise they think they have. They invoked the "clients will not pay" claim, and the "we'll all go broke and the banks will win" claim and won some pre-election sympathy.

But their election is over now, and the regulators are now setting the agenda.

Interestingly, in Australia, it does look like financial advisers are quickly shifting to the client-fee model, and even now, it is up to 40% of clients on fixed fees and hourly rates. The rapid shift undermines the apocalyptic claims.

Aussie mortgage brokers are likely to loose their position given the very widely held public view that all conflicted remuneration is bad.

And New Zealand brokers and advisers are likely to face the same earthquake, and probably sooner than they realise.

In Europe you can use Degiro which charges something like 2 euros to buy European shares. Brokerage is even lower for US shares. Zero custodial charges. I wonder if financial advisers are going the way of video stores because the way to beat the market seems to be with low volatility ETFs.

Does anyone recall what we paid in the 80s and 90s, maybe around 2 percent of the trade. It wasnt until the likes of direct broking and asb securities in late 90s that anything changed. In my opinion the current brokerage fees are very cheap and it is the real estate industry fees that must reduce.

Brokerage is at least 5x more expensive in NZ and realistically foreign shares are prohibitively expensive because of insane brokerage and custodial fees. I remember buying AMD years ago and it cost me $90 brokerage + some custodial fee. Right now I can use transferwise to move money to Germany at very low cost. Then I have access to all the European and American exchanges through Degiro. I can buy Vanguard or whatever ETF's and pay next to nothing in fees. The world is changing. I dont have to pay high brokerage or custodial fees in New Zealand anymore, and I wont.

Its funny you asked. No there's no buy in fee. I'm just in the process of moving all my individually selected shares to passive ETFs because I realised my portfolio alpha consistently under performs a lot of the Vanguard ETFs. On Friday I purchased 10k (euro) of VMVL through Euronext in Amsterdam and there was zero brokerage fees. Then I purchased something else through Xetra in Frankfurt and it cost me a few Euros. With Degiro you can just choose which exchange you want to purchase the security or ETF through. The same security/ETF is often sold through multiple exchanges so you just pick the one with the lowest brokerage. In terms f ongoing costs, that's standard ETF stuff. The total expense ratio of Vanguard ETFs is usually less than 0.5% per year.

I hope this change will flush out the backhander ‘profitshare’ racket but am doubtful in respect of the fire and general segment. If it were just the simple product vs commission comparison contemplated by this article it’d be easy but the retrospective value judgements required to determine the extent of influence and thus conflict at F&G policy placement time, are technically very complex in small market disaster prone NZ. Hopefully brokers will do the right thing and move to an open fee basis. But I’m not holding my breath.

Problem is Kiwi's don't want to pay for service. Your comment re F&G is pertinent. It is not until claim time that Kiwi's take notice, when expert advice on dealing with Insurance Company's is required.

There's plenty of objective advice out there for DIY financial assistance: e.g. Consumer magazine for insurance products; Mary Holmes column in the Saturday herald business section for general investments including shares ; and of course Interest.co for an overall background. I would recommend the reading of these articles on an ongoing regular basis.

StreetW. Agree with yr thoughts on most investment classes these days, a far cry from the bad old days when there were expensive institutional barriers to securing advice. But they remain for general insurance where a minefield of complexity still needs to be negotiated if a quality comparison of benefits and costs is to be achieved without the services of an adviser. Attempts to create house, contents and car ins comparator websites that are easily useable by policy buyers have been unsuccessful, frustrated by insurers according to some trying to do it and not in the interest of commission based advisers. DIY insurance for commercial is and will remain unfeasible so this issue of hidden commission and conflict of interest is not going away any time soon.

Streetwise- Consumer Magazine is far from objective re personal insurance products. They have formed an opinion and it could be argued that they are breaking the law in giving financial advice (or opinion) when not registered. Yet alone competent.