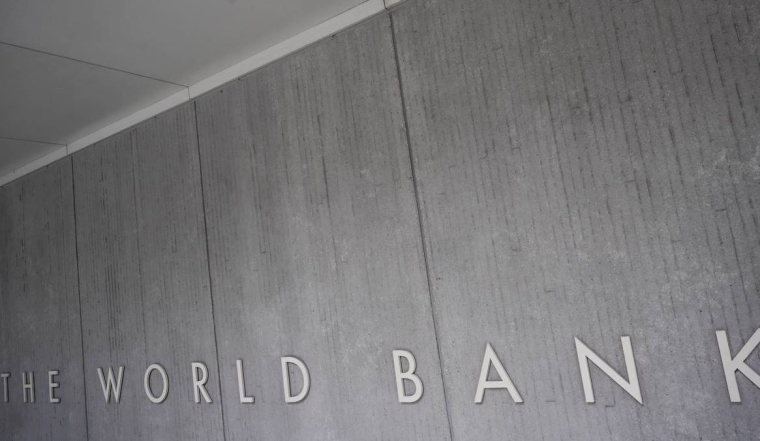 Faced with an unprecedented economic crisis due to the COVID-19 pandemic, policymakers in rich countries have adopted a “whatever it takes” approach to save their economies from meltdown. But, confronted by an even worse crisis in the rest of the world, the same policymakers have echoed US President Herbert Hoover’s administration at the onset of the Great Depression, essentially saying that nothing more can be done. The result is trillion-dollar rescue packages for the advanced economies and crumbs for everyone else.

The tragedy is not just that the economic costs of social distancing are likely to be higher in emerging markets. It is also that the enormous rescue efforts in rich countries make it much more difficult for poorer countries to combat the pandemic.

Countries with sufficient borrowing capacities, such as the United States, have been able to raise huge amounts at rock-bottom rates. But those funds come from emerging-market investors seeking safety and from US investors liquidating their foreign holdings. In other words, some of the financing that the United States and other advanced economies rely on comes from emerging economies with much more pressing financial needs.

It is no surprise, therefore, that more than 100 countries have now approached the International Monetary Fund for financial assistance. But the funds available to the IMF are insufficient.

G20 governments therefore recently agreed to suspend repayments on bilateral official loans from 76 of the world’s poorest countries until the end of 2020. But a key constituency missing from the G20 plan is private creditors, which, for middle-income countries such as Mexico, account for the majority of sovereign debt.

Without private-sector participation, any official debt relief for middle-income countries may simply be used to service their private-sector debt. It would be pointless for the official sector to lighten poorer countries’ debt burdens if this results only in a transfer to commercial creditors.

All private creditors need to participate on an equal basis in any standstill on debt service, both as a matter of fundamental fairness and to ensure adequate funding for emerging economies. And their participation cannot be purely voluntary. If it is, relief provided by participating private creditors will simply subsidize the non-participants.

Moreover, history suggests that a significant percentage of private creditors may decline to participate, particularly when their own balance sheets are being squeezed by the effects of the pandemic. In order for emerging and developing economies to be able to withstand the shock of COVID-19, it is imperative that the standstill include all private creditors.

We propose that a multilateral institution such as the World Bank create a central credit facility for each country requesting temporary debt relief, allowing them to deposit their stayed interest payments for use as emergency funding to fight the pandemic. Principal amortizations occurring during that period also would be deferred, so that all debt payments would be postponed.

The multilateral institution overseeing the moratorium would monitor each country’s facility to ensure that the payments that otherwise would have gone to creditors were used only for emergency funding to combat COVID-19. Once the global pandemic is over, all funding from this emergency facility would be repaid by the country.

In many countries, domestic law incorporates doctrines that allow the performance of a contract to be suspended because of wholly unforeseen, unpredictable, and unavoidable events. For its part, public international law recognizes, in a doctrine called “necessity,” that states may sometimes need to respond to such exceptional circumstances, even at the cost of interrupting normal performance of their contractual or treaty undertakings.

COVID-19 meets all of these criteria. Countries badly afflicted by this pandemic will need to deploy all their available financial resources to combat it. And they must obtain those funds from several sources – by diverting expenditure earmarked for other purposes, securing loans or grants from official institutions, and redirecting money that had been intended for scheduled debt service.

Countries that make these adjustments will not be acting in a discretionary or optional manner; rathaer, they will be acting out of necessity in the truest sense of the word. Everyone, and particularly the G20 countries, should publicly acknowledge this fact in the context of recommending a temporary standstill on bilateral and commercial debt payments.

Some may worry that a moratorium will destroy the sovereign-debt market. But such concerns should be assuaged by the fact that the COVID-19 pandemic is a once-in-a-lifetime event, which is why it is being accompanied by the deepest global recession since the Great Depression, a stricter global lockdown than during World War II, and unprecedented monetary and fiscal policies in all advanced economies. The pandemic has even caused the first-ever peacetime postponement of the Summer Olympic Games, which had been scheduled to take place in Tokyo in July and August.

If the International Olympic Committee and Japan were able to postpone the 2020 Games, then the G20 can surely organise a repayment standstill on private sovereign debt to keep the global economy alive until better times come.

"it is imperative that the standstill include all private creditors."

To which the classic rejoinder to the good Professors and indeed the World Bank is - 'You and whose Army?'

I can just see Putin and Emperor Xi trembling in their boots.....or, and much more likely, plotting how to use this pronouncement to stick the knife further into those panicked Westerners....and scoop up the pieces at their leisure and at fire-sale prices.

Once in a lifetime !! We dodged another one in swine flu and another in sars and again with Ebola and mers all of which had the same potential as covid 19 . Our luck ran out with this one but given the frequency of near misses in the last 20 years I think lifetime events may become more frequent. Any relief will be quickly exploited by the markets who will no doubt find a way to channel it into their own gains . There is no way that many countries will act in the common good I can't imagine trump,Putin xi and the ayatollah linking arms to the tune of kumbaya and co operating on anything.

But it's worse than that; the Limits to Growth are a once in an ever event.

These economists may be high-fliers, but they don't know squat. When are we going to challenge them? I do it, but they just avoid,

The fact is they all have to submit to the current condition in order to put a roof above head and to look after the family. Can't beat them joined them, now the risk is there looming. But most try to calculate/hope that it won't be happening during their lifetime. Now, we all can see when ones advocating for more borrowing, loan, QEs, tax payers bail out, subsidy, heli money etc. The purist just advocating the natural defaulting, cutting the bad cancer body parts, to let the whole body to survive.. buying time, remission. Before in the future eventually succumb to those rogue cells again. Oh.. for sure they all knew about it, but ones need to 'rephrase' what to say.. subconsciously though, need to save my.. RE.

There are other ways . The old system is failing badly .....it's unchartered waters now .