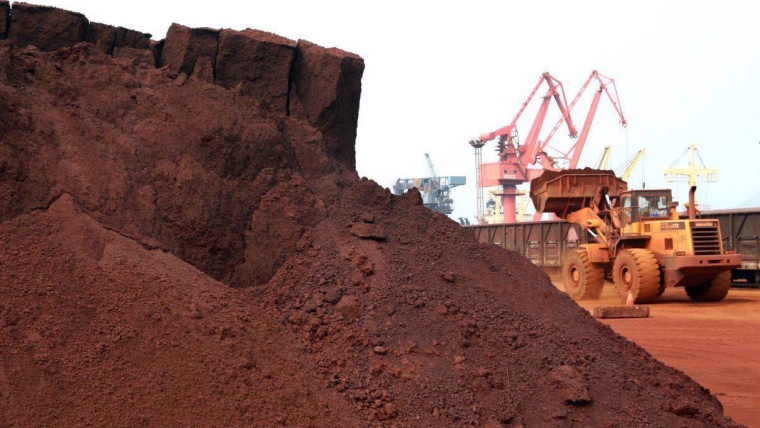 The climate crisis and the Fourth Industrial Revolution – with its breakthrough technologies such as artificial intelligence and 5G networks – are setting the world on a geopolitical collision course. Both the drive to decarbonize and the battle for global technological supremacy depend on critical minerals like rare earths, lithium, and cobalt – all of which are highly concentrated in a few locations, including China.

The scramble to control these elements’ supply chains is intensifying. For example, the electric vehicles made by Tesla and other automotive firms run on lithium-ion batteries, but just a handful of countries produce most of the world’s lithium. The tension between the geographic concentration of critical resources and the increasing global competition for supply will further unsettle geopolitics in the twenty-first century.

A long era of stable resource competition is thus rapidly ending. Historically, empires locked in their economic supply chains and managed competition. And in the long post-1945 cycle of decolonization, the United States, as the global economic hegemon, backstopped the rules and norms of world trade. At the same time, supplies of critical resources – in particular, fossil fuels – became more dispersed as improved geological information and new technologies (like deep-sea drilling and fracking) helped to loosen OPEC’s grip.

But today, conditions have flipped. Critical minerals for the digital and post-carbon economy are highly concentrated geographically, while the end of US unipolarity and increasing global trade uncertainties have triggered a rush to secure them.

Governments in the Global South, where many critical resources are located, are frequently willing to strike exclusive deals. They have welcomed China’s one-stop-shop financing schemes, increased engagement, and narrative of “win-win partnerships” that offer a reliable alternative to Western funding and norm-setting.

China’s resource domination is reshaping geopolitics. In 2010, China halved its export quotas for rare earths, and also reportedly banned their sale to Japan following a trawler incident near Japan’s Senkaku Islands, which China calls the Diaoyu Islands and claims as its own. The episode awakened other leading economies to the fact that a major competitor and rival controlled 97% of the global supply of these vital inputs for magnets, glass, electronics, defense systems, wind turbines, and hybrid and electric vehicles.

The US, the EU, and Japan reacted in a piecemeal manner at best, and ten years later still haven’t produced effective strategies to free themselves from China’s resource grip. Rare earths made headlines again in 2019, when China indicated that it might “weaponize” them in its trade dispute with the US. Meanwhile, breathless media reports of rare-earth discoveries in Afghanistan, Greenland’s melting glaciers, the abyssal sea, asteroids, and planets demonstrate that magical thinking continues to trump effective policymaking.

Likewise, decarbonization places a premium on further breakthroughs in battery technology and storage, which is why global lithium production skyrocketed from 32,500 tons in 2015 to 95,000 tons in 2018. Two of the three politically and economically volatile countries in the so-called “lithium triangle” – Chile, and Bolivia – are all BRI participants and receive substantial Chinese investment, the third, Argentina, is considering joining. Because none has the capacity for vertical integration, China controls more than 60% of global manufacturing capacity for lithium-ion batteries. Even Australia, which has substantial rare-earth and lithium reserves, has so far failed to become an “independent” alternative supplier.

Cobalt, another key battery input, is overwhelmingly mined in the Democratic Republic of the Congo. The DRC has the world’s largest cobalt reserves – three times those of Australia, which ranks second – and produces 60% of global mined cobalt. The country remains the most cost-competitive producer, with China the dominant investor, although an outcry over labor practices has raised questions about ethical mining.

How might rich-country governments best manage the competition-concentration tension regarding critical minerals, especially if traditional global institutions are on the wane? One option is to revive the old colonial model of carving up regions to manage competition. But although China has been able to extend its global economic influence without the baggage of having been a colonial power, the EU, US, and Japan can no longer play that game successfully. Smaller developing countries now have other options and preferences, and often side with China, Russia, India, or other powers.

Alternatively, the traditional powers could begin to build a new framework for cooperation. But US President Donald Trump’s “America First” posturing and a lack of coordination among former allies currently stand in the way. In addition, business is not wired to put geopolitics above the bottom line. Repeated calls by governments to desinicize supply chains achieve little; ministers fulminate about competition but do not address the needs and interests of countries where key strategic resources are concentrated. Moreover, climate change will aggravate retrenchment, especially among resource-rich but economically, socially, and politically vulnerable regions.

China has demonstrated its increasing economic power by systematically forging a global network of partners. The powers of old must now build new avenues of trust and cooperation with developing countries, not only to secure the critical minerals vital to powering the world in the Anthropocene era, but also because a perilous planet is a threat to everyone.

Sophia Kalantzakos is Professor of Environmental Studies and Public Policy at New York University/NYU Abu Dhabi, a fellow at the Research Institute for the History of Science and Technology at Caltech and The Huntington, and a former Fung Global Fellow at Princeton University. She is the author of China and the Geopolitics of Rare Earths. Copyright: Project Syndicate, 2020, and published here with permission.

There is an NZ guy on twitter who has a son working on a coal mine in Aussie, big dump trucks take 180 tonne of coal they have 50 of these trucks, each load is worth $13500 and they do 450 truck loads in an hour. All going to China for generation.

The rest of us are just wasting our time

I am baffled on 2 counts; what relevance does your post have to an article on the geo-politics of rare earths and what does the last sentence mean?

How does the world decarbonise when China is planning to commission 2 new Coal fired generation plants every month? The world is not decarbonizing.

I don't think the average Jo gets much say in these matters, decisions made way above our heads.

Hi Andrewj, I do agree with your last statement, especially from a NZ context. We are definitely wasting our time. With 0.17% of global emissions, even if we shut down completely our emissions would still be inside the margin of error of most calculations. - Leave it to the big emitters to sort themselves out, if they don't - noone cares, if they do there will be a far bigger impact than whatever we as a country do. If NZ was allowed to count indigenous forests and farms could count shelterbelts and small woodlots NZ may be (probably is) carbon negative now
IMO if the world doesn't want to be held hostage by China over REMs i'm afraid it's a bit too late - they've moved quietly but purposefully to have influence over the majority of deposits - I wonder how many Tesla owners and solar power owners realise how much of their purchase goes back to China??

The elephant in the room is soil carbon which is ignored because it is not sexy enough. Increasing your soil carbon is not like driving an electric car in the look at me stakes.

Pastoral farming is carbon negative once soil carbon is taken in to account. That is why you only ever hear about gross farming emission never net emission.

Agreed. between SC and what I touched on above, NZ farms will easily be "nett neutral if not nett negative" Unfortunately when most of the population lives in nett positive cities with their pollution and degradation of water ways, loss of biodiversity, regular "nutrient leakage"and wastage of water, the chances of having a balanced and mature conversation about carbon and its cost imposition is unlikely to happen

Yep totally awesome scale there. My mates daughter does the same job driving massive rigs back and forth into a massive open cut mine. Her and tons of other Kiwi ladies all doing well making tons money driving.

Houses and holes in Australia. Dig it up, blow it up and sell it. Australia's propensity to shore up the economy with mining is another reason I think they're going to streak ahead of NZ in coming years. I'm putting my money on another brain drain in a few years. Unfortunately I think NZ will become like a giant Waiheke, a whacked out enclave of even more massive inequality and feudal lords being waited on by the serfs working every hour just to stay alive let alone have any chance of getting ahead. Combined with NZs massive and increasing cost of living I just don't see a great future here I'm afraid. Dgm I know.

with almost no royalties, if they go to no workers it could hard to argue the benefit to Australia and perhaps the world?

We seem to have got offtrack about China's dominant position in REMs. Wonder what happens when they decide to to repeat their dominance of LEDs? LI batteries, solar panels, magnets? By the time the Western world wakes up to China's "slowly but surely" plan it'll be way too late to do anything but acquiesce.