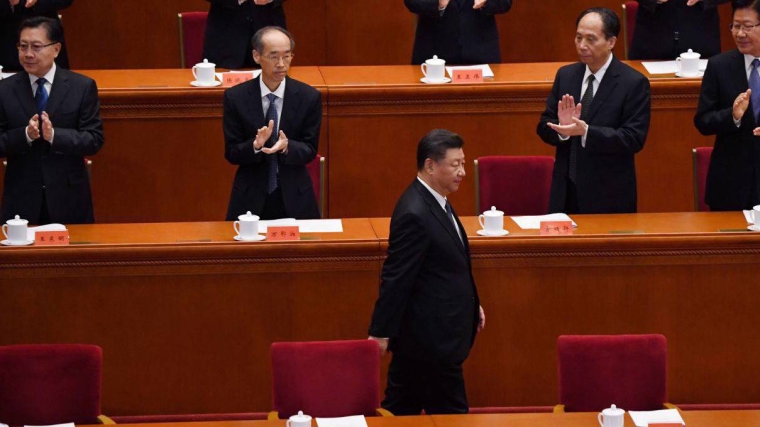 Unlike the old superpower contest between the United States and the Soviet Union, the incipient cold war between China and the US does not reflect a fundamental conflict of unalterably opposed ideologies. Instead, today’s Sino-American rivalry is popularly portrayed as an epic battle between autocracy and democracy.

Moreover, the facts seem to suggest that autocracy has won while democracy has fallen flat on its face. Whereas the US under President Donald Trump has fumbled disastrously during the COVID-19 pandemic, China has brought the coronavirus under control. In the US, even wearing face masks has been politicised. But in Wuhan, China – the pandemic’s original epicentre – the authorities tested the city’s 11 million residents for the virus within ten days, in an astounding display of capacity and order. For many, the verdict seems clear: authoritarianism is superior to liberal democracy.

But such a conclusion is simplistic and even dangerously misleading, for three reasons. First, just as the US under Trump is not representative of all democracies, China under President Xi Jinping should not be held up as a paragon of autocracy. Other democratic societies, such as South Korea and New Zealand, have handled the pandemic ably, and political freedom did not hobble their governments’ ability to implement virus-containment measures.

As for examples of autocracies that brought catastrophe upon themselves, look no further than China’s recent history. No modern Chinese leader held more personal power than Mao Zedong, yet his absolute authority led to a massive famine followed by a de facto civil war during the Cultural Revolution. Chaos is by no means unique to democracy; under Mao, it was insidiously deployed to maintain his power.

Second, there are democracies with illiberal features and autocracies with liberal ones. America’s current troubles do not reflect a universal failure of democracy, but rather the failure of a democracy with the illiberal traits that Trump has brought to the presidency. As commander-in-chief, Trump has ignored democratic norms such as bureaucratic autonomy, the separation of private interests and public office, and respect for peaceful protest.

If democracies can take an authoritarian turn, the reverse can be true in autocracies. Contrary to popular belief, China’s economic ascent after its market opening in 1978 was not the result of dictatorship as usual; if it had been, Mao would have succeeded long before. Instead, the economy grew rapidly because Mao’s successor, Deng Xiaoping, insisted on tempering the perils of dictatorship by injecting the bureaucracy with “democratic characteristics,” including accountability, competition, and limits on power. He set an example by rejecting personality cults. (Ironically, Chinese banknotes feature Mao, who despised capitalism, rather than Deng, the father of Chinese capitalist prosperity.)

This recent history of “autocracy with democratic characteristics” under Deng is widely overlooked today, even within China. As Carl Minzner points out, Xi, who became the paramount leader in 2012, has ushered in an “authoritarian revival.” Since then, the official narrative is that because China has succeeded under centralised political control, this system should be maintained. In fact, under Deng, it was a hybrid political system married to a firm commitment to markets that moved China from poverty to middle-income status.

Taken together, this means that both the US and China have grown illiberal in recent years. The lesson from America’s upheavals today is that even a mature democracy must be constantly maintained in order to function; there is no “end of history.” As for China, we learn that liberalising tendencies can be reversed when power changes hands.

Third, the supposed institutional advantages of China’s top-down rule are both a strength and a weakness. Owing to its revolutionary origins, concentration of power, and penetrating organisational reach, the Communist Party of China (CPC) typically implements policies in the manner of “campaigns” – meaning that the entire bureaucracy and society are mobilised to achieve a given goal at all costs.

Such campaigns have taken many forms. Under Xi, they include his signature policies to eradicate rural poverty, root out corruption, and extend China’s global reach through the Belt and Road Initiative.

Chinese policy campaigns deliver impressive results because they must. Xi’s poverty-fighting campaign lifted 93 million rural residents out of poverty in seven years, a feat that global development agencies can only dream of accomplishing. The Chinese authorities also went into campaign mode during the COVID-19 outbreak, mobilising all personnel, attention, and resources to contain the virus. These results lend support to official Chinese media’s oft-trumpeted claim that centralised power “concentrates our strength to accomplish great things.”

But, pressured to do whatever it takes to achieve campaign targets, officials may falsify results or take extreme measures that trigger new problems down the road. In the drive to eliminate poverty, Chinese authorities are abruptly relocating millions of people from remote areas to towns, regardless of whether they want to move or are able to find sustainable livelihoods. The fight against corruption has led to the disciplining of more than 1.5 million officials since 2012, inadvertently resulting in bureaucratic paralysis. And in their desperation to meet pollution-reduction targets, some local officials tampered with devices that measure air quality. Big and quick results rarely come without costs.

The idea that we can choose only between freedom in an American-style democracy and order in a Chinese-style autocracy is false. The real aim of governance is to ensure pluralism with stability – and countries everywhere must find their own path to this goal.

We must also avoid the fallacy of rushing to emulate whichever national “model” is fashionable, whether that of Japan in the 1980s, post-Cold War America, or China today.

When you are considering whether to buy a car, you want to know not only its pros, but also its cons. This is the kind of common sense that we should apply in assessing any political system. It is also an essential intellectual skill for navigating today’s new cold war climate.

Yuen Yuen Ang, Professor of Political Science at the University of Michigan, Ann Arbor, is the author of How China Escaped the Poverty Trap and China’s Gilded Age. Copyright: Project Syndicate, 2020, published here with permission.

I have never been prouder to be a Chinese and I very much love New Zealand as well.

I do hope to bring the best of political system from China to New Zealand, and to make NZ a even better place.

....and what makes you think New Zealand wants anything like the oppressive Chinese Communist Party in power, in New Zealand.

Two words for that, and the second one is "off"

It is ironic what history produces. Two WW2 axis countries Germany and Japan fought the allies, lost and then benefitted respectively from the Marshall plan & Douglas MacArthur’s revision and rebirth. Nowadays those two could considered as staunch and valued allies, and two of the allies of WW2 Russia and China, now quite the opposite.

One of the huge advantages Germany and Japan had post war, was they were banned from re-arming themselves, thus were able to spend on building their economies, while the USA and Russia threw good money after bad in their cold war.

IMO, China will never achieve it, simply because of its population size.

A "functioning" social welfare system a needs a willing source of immigrants to work the low paid and dreadful jobs that social welfare makes unrewarding for locals. A country with China-like autocratic tendencies has difficulty attracting immigrants. China has much larger emigration than immigration, as people flee the autocracy to live anywhere else.

In the drive to keep wages down, Chinese authorities are abruptly relocating millions of people from remote areas to towns, because they know the people will struggle to find work and would not ever move by choice.

Aye and that in simple terms just turns rural peasants into urban peasants and forcibly at that.

The author did a good job here. The relationship between Corporate America and Authoritarian China is quite complicated. The bottom line is neither of them should be the role model of humanity in the 21st century.

I’ve said it before... those Reds must be saying “see, I told you so”

It's bonkers to me that this article even needs to be written. Communism includes national genocide of some sort in every example I can think of throughout history. That alone is enough to write it off. It's shameful how dumb we have become.

Another rubbish from the CCP mouthpiece.

Wuhan mixed samples from 20 different people together in one rapid test kit so they could test 11 million in ten days. Qingdao (where the Tsingtao beer brand originated from) did the same in 5 days only a couple of weeks ago with their 11 million residents and found zero positive cases. They also had zero cases of false-positive too, when the rapid test kit only had just less than 70% accuracy and PCR 99.8%. That said it all.

In June, Chinese Premier Li Keqiang admitted 40% of China's 13 billion population (that's 6 billion) survive on less than $225NZD a month (http://www.stats.gov.cn/tjsj/ndsj/2019/html/C0602.jpg). 60% or 9 billion lives on less than $450NZD a month. In fact, around 83% of Chinese has a monthly income of less than $675NZD. While China may be the 3rd largest economy in the world, after 70 years of CCP ruling, most Chinese in China are still very, very poor.

These reports are only written in Chinese and not something Chinese nationals would discuss with non-Chinese. You also won't come across this information from Western media, because the likes of BBC, WSJ and NYT are afraid of upsetting their Chinese masters and losing out on commercial revenue from major Chinese brands such as Huawei, Alibaba, WeChat, and Tencent etc.

I once hoped smaller and more local news outlets, such as interest.co.nz, would be free of this CCP propaganda disguised as coming from prominent Western scholars or has the moral courage to say no to them since they don’t receive as much Chinese revenue. Looks like I'm only going to be disappointed.