Economist Brian Easton says whatever the damage, especially to the British economy, Brexit has done us a service by illustrating the complexity of trade

Economist Brian Easton says whatever the damage, especially to the British economy, Brexit has done us a service by illustrating the complexity of trade 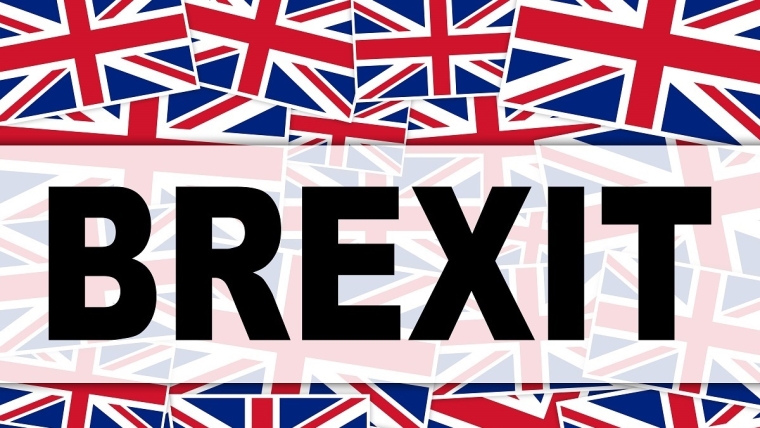 Brexit is the only example we have of two closely integrated sophisticated economies severing trading ties. The European Union and Britain still do not have tariffs or import quotas between them – the stuff of standard trade theory – while the problem of regulatory alignment has been temporarily shelved. (Without the latter, one country could introduce policies which amount to de facto protection. The Norwegian and Swiss experiences signalled the issue. They are outside the EU but frequently have to adopt regulations introduced by Brussels – to protect consumers, workers or the environment – which affect what the outsiders want to export to the EU.)

Even so, the break has illustrated the complexities of managing the economic border. We knew about them, but we did not know how complicated they were.

For instance, in December 2013 members of the World Trade Organisation agreed to the Bali Package including the Trade Facilitation Agreement (TFA), which aimed to reduce red tape at borders, increasing transparency and taking advantage of new technologies, especially to reduce border inefficiencies and complex customs rules. It was not news headline material but it was thought that implementation of the TFA would have a greater impact on international trade than the elimination of all the world’s remaining tariffs, reducing average trade costs by up to 15%. (That does not include the impact of quotas of course.)

Earlier, the 1986 Single European Act (SEA) had created a single market within the European Union – it took till 1992 to get there – by removing non-tariff barriers to cross-border trade and investment. From 1985 the Schengen Agreement (largely) removed barriers to people moving between most European countries. ‘Europe Without Walls’ they called it. Brexit makes the English Channel (La Manche) a wall.

However, Brexit has illustrated a whole range of problems at the border which were hardly envisaged when the British people voted by a slim majority for Brexit.

Most of us will be aware of the queues of lorries near Dover and Calais because documentation takes longer. (Lorry drivers into France had their ham sandwiches confiscated because of phytosanitary rules. Cough: a source of road accidents is drivers not having eaten.) Even where the lorries can move, red tape documentation can result in them having to return home unladen.

Delays can be disastrous where fresh foods are involved. The British fishing industry suffers. Less smelly are the disruptions to supply chains especially if the delivery is to a factory which has been minimising storage costs by practising just-in-time management of its supplies. (An indication of the significance of smooth supply chains is that the blockage by the Ever Given of the Suez Canal had consequences as far away as China, half a world away.)

Then there was the English garden which found its Northern Ireland market cut off because there could be soil on the plants it was providing. (Northern Ireland is a part of Britain but its regulatory regime is behind the EU – the wall is at the Irish Sea.)

Such muddles are being sorted out. Michael Gove, who was the British Minister in Charge of the Brexit negotiations, said that in ten years all the difficulties will be overcome. In the interim, British businesses are relocating their production and storage to the Continent. Jobs will move with them, and so will some workers – perhaps those who came from the continent during the boom years. (There is also relocation of jobs in London’s finance industry to Amsterdam, Frankfurt and Paris, but that belongs to another column when the total impact is clearer.)

Because the products which cross New Zealand borders tend to be at the beginning or end of supply chain, we are not as sensitive to many of these chain issues, although our fish exporters need minimal barriers for their fresh products. However, I have been struck when talking to diplomats how often ‘border problems’ crop up. (For instance, a trade commissioner explained that he was trying to get some New Zealand fish species treated as belonging to EU categories with lower tariffs.) Even if we gave up negotiating trade deals – not government policy, but opportunities are few or sluggish – we still require a massive diplomatic effort to keep our export effort running. In recent year the government has had to put increasing effort to deal with non-tariff barriers.

My Globalisation and the Wealth of Nations explained how the costs of distance have been central to New Zealand and international economic development. Falling costs of transport, of storage and of communications drove international economic growth; reductions in tariffs and import quotas were another factor. I knew that other border costs mattered, welcomed the Trade Facilitation Agreement and was not surprised by the estimates of the promised gains.

But Brexit has opened whole new insights. With sadness I am grateful for the experiment, but my book and a host of other studies predict that the British people will be worse off in material terms as a result, as will the rest of the world on average, but not by nearly as much.

Brexit is really just one of a growing number of indications that the exponential growth in trading processed parts of a finite planet to each other. We were stupid enough to fly bottled water from Canada to France while other bottles were being flown from France to Canada, all using a finite resource-stock - oil. Economists saw that as a good thing to do.

I call it nonsense - a tragic waste of a once-off resource stock. Same comment goes for much 'trading'. Time we moved on.

I knew when I saw that the article was by Brian Easton, that you would respond and the terms in which you would do so. It's become a little too predictable don't you think? Of course, that doesn't make it wrong and your point about bottled water is spot on.

If the European Union had remained just a free trading bloc, Britain would not have voted to leave. However it became an open border and Britain lost control of who was coming into the country. Schools and hospitals were overrun while wages were suppressed. Britain, quite sensibly, voted to leave, despite the threat of short run economic costs..

Britain never lost control of who was going in. It opted out of the main Schengen agreement.
Immigration has actuaĺly increased since Brexit
https://www.ons.gov.uk/visualisations/dvc953/fig1/line/index.html

False Economies. You are dead wrong. Britain did lose control of who was going in. Anyone with a European passport was entitled to live in the UK prior to Brexit.

Sorry, yes you are correct. It might just be semantics but the phrase "lost control of their border" seems an overstatement to me. Eu citizens were still subject to checks at the border, and most immigration was from outside the EU anyway https://en.m.wikipedia.org/wiki/Modern_immigration_to_the_United_Kingdo…

I think the COVID vaccine debacle in the EU demonstrates the problems well - they even managed to make Boris look good! There will be a lot countries watching the UK carefully and the EU will be aware they need to make life as difficult as possible or they will all be leaving!

YES the EU do NOT want the UK to be successful at all, NI is a start. Luckily for the UK, Spain was very reasonable about Gibraltar with the UK

This trouble in Northern Ireland, is a trap the EU has set for the UK,they have managed to semi cut NI from the UK, with the border in the Irish sea, if it gets worse, the EU could in theory, with tariffs cut off NI from the UK, NI has a very complicated Custom Union with the EU, too hard to explain here. There will be many troubles to come, if this is not solved. A clean break Brexit would have been the best.

Economist Bill Mitchell has regular articles on his blog about the EU and he describes it as an economic disaster area that no one in their right mind would wish to be involved with.
A sample of his latest articles about the EU here. http://bilbo.economicoutlook.net/blog/?s=eu