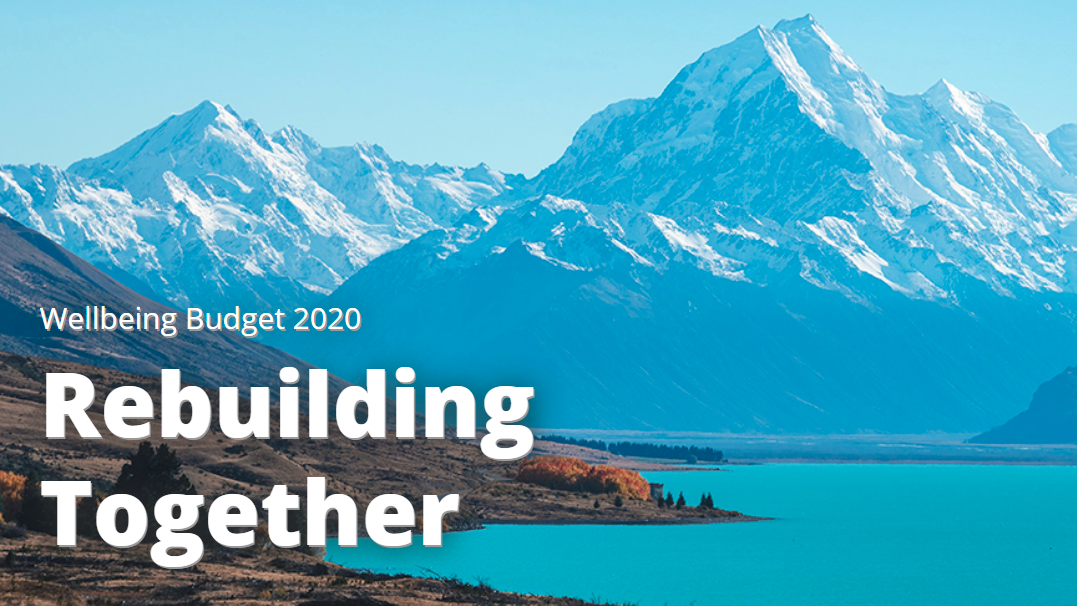 Now is about the time that the Government is getting its Budget Strategy together.

In the week before the budget – the 2021 one is to be delivered on Thursday 20 May – there is a strange ritual in which all the commentariat and lobbyists (who are not necessarily distinct from one another) tell us what should be in it. This is long after the budget decisions are made by cabinet, and even after the date when it is printed, so the ostensible purpose for what is being said is irrelevant. But it entertains us and fills gaps in the media.

It is about now – mid April – that the strategic budget decisions are being made. Were the lobbyists serious, were the commentariat trying to keep the public informed, it would be about now they would be discussing the budget strategy.

The difficulty is that those making the strategic decisions – the Minister of Finance and the Prime Minister, the inner Cabinet and eventually the entire Cabinet – decide in great secrecy, because the making up of their minds takes time and involves reconciling conflicting demands. Complicating the decisions is that each minister has different priorities. So what they will decide no one knows. At this stage even insiders, including the ministers themselves, have only vague ideas. I certainly don’t know.

However, we might ponder what could be in the budget were the government to pursue its claim that the budget was framed by wellbeing.

First, we know that, as a general rule, raising incomes does not by itself increase wellbeing much. Admittedly, if you raise my income relative to everyone else’s I will feel better off (a point much advocated in Budget Ritual Week).  However, there is one major exception to this finding. Those at the bottom of the income distribution are struggling, and will get a lift in wellbeing if their incomes are increased. So a wellbeing budget would be focused on raising the incomes at the bottom. This would also reduce child poverty and reduce income inequality, which are also government objectives. (Actually, these are related ways of measuring income wellbeing.)

Another gain would be that the income lift of the poorest would improve the health and education (which are dimensions of wellbeing) of children, which would in the long term make the education system more effective, reduce spending on health and justice, increase labour productivity and add to the prosperity of the economy.

Investing in children is kind of investing in social infrastructure but we do not give it the same priority as physical infrastructure, perhaps because there are no commercial lobbies which directly benefit, perhaps because children do not have a vote. In any case, our public or private strategies are not noticeably forward looking as distinct from addressing current urgent pressures.

Another aspect of wellbeing is quality jobs but I do not expect the budget to do much for them – smoke and mirrors aside. Strategic development there takes much longer. My understanding is that there are various working groups looking at these issues.

We are not going to make much  progress as long as we have the centre of the government’s labour market policy lost in the byzantine structure of the Ministry of Business, Industry and Employment (MoBIE), which necessarily treats workers as a commodity much the same as icecream.  One was not, perhaps, surprised at that attitude by the Key Government which merged the Department of Labour into MoBIE, but it is surprising that after four years a Labour Government has acquiesced to National’s approach. Labour supporters would be delighted by a budget announcement of the establishment of a Ministry of Labour and Employment (and immigration). They cannot even petition the minister for one; there isn’t a minister.

The government separated out housing from  MoBIE into a Ministry of Housing.  Rightly, in my judgement, for the neoliberal view that housing is like anything else and administration and policy can be scattered around government agencies reflects a misunderstanding of how difficult the economics of housing is and how central it is to wellbeing.

Were I a government adviser, I would be counselling that given the big housing package a month ago, we should be waiting to see how it works out, so housing should not be a focus of the May budget; we may expect another package  towards the end of the year. In the interim any further measures to increase the supply of housing would be welcome. No doubt there will be some in the budget. Every minister is entitled to a budget press release.

Health is another wellbeing area which the budget can progress. Every year there is an increase in public spending on healthcare although new demands keep appearing. I am not always impressed by the effectiveness of these claims. Frequently I am reminded of H. L. Mencken’s ‘every complex problem has a solution which is simple, direct, plausible — and wrong.’ What is needed is setting a standard for making these claims and a funding program for advocates to bring together the evidence that their proposals meet that standard. (But keep away from the Key Government’s social investment ‘experts’ who seemed to be totally unaware of the  detailed, sophisticated and rigorous evaluation procedures developed in the health sector.)

Health policy is going to be dominated by the government’s decision to  redisorganise the health sector. I doubt that it will make any contribution to improving wellbeing. They will claim it will – they always do. It seems to be more about centralisation and financial control than delivering better health outcomes. Why do it now when the Ministry is at war against Covid? Can you imagine the First Labour Government redisorganising the armed services in the middle of the Second World War?

Mind you, the war against Covid has demonstrated how misguided the Key Government was to run down the population-based services within the Ministry of Health. (It is a miracle that the fragmentary system has functioned so well in such difficult circumstances – the key players deserve sainthoods.)

That is a quick run though about what may be some of the key strategic issues the government might thinking through in a run up to a wellbeing budget. In addition it will be fighting a whole lot of fires – the largest is the Covid crisis. There are also opportunities in other portfolios  to improve wellbeing at the margin, including some I really care about. That I haven’t listed them shows why I am not a proper member of the commentariat or a lobbyist. I cannot even participate in the budget rituals properly.

the whole purpose of the wellbeing budget is to shift attention from measurable outputs to some fancy named, catchy, but almost impossible to measure outputs.

if they cannot be measured with accuracy, the government cannot be criticized for not achieving them.

Unfortunately many can be measured with accuracy, they are just moving in the wrong direction.

Many can be measured such as poverty, homelessness, GINI, water quality etc.

No, that's not the point at all.
The point is to use social cost benefit assessment to capture issues that can't be captured by straight financial analysis.
A financial analysis would only look at the cost of providing free school lunches and cut the program simply due to cost.
A social cost benefit assessment would take into account how much better children can do at school with food in their tummies and any further potential downstream issues.

I can tell you now cooked food for disabled people who cannot cook for themselves and housing for those in wheelchairs without chances of employment and who are unable to access income support (because they might want to experience human love and contact sometime), is not part of the budget but strangely enough cremations from death by suicide often are. It is logans run out there and in NZ more death has occurred due to labours actions and inaction than the banning of plastic straws and bags could ever prevent. The climate change dept are even wanting to completely remove access to mobility accessible vehicles and remove disabled access to hospitals. Why oh why is the better good of getting rid of the CC dept, the pigs at the trough with international flights, restaurant meals and elite accommodation, never thought about instead.