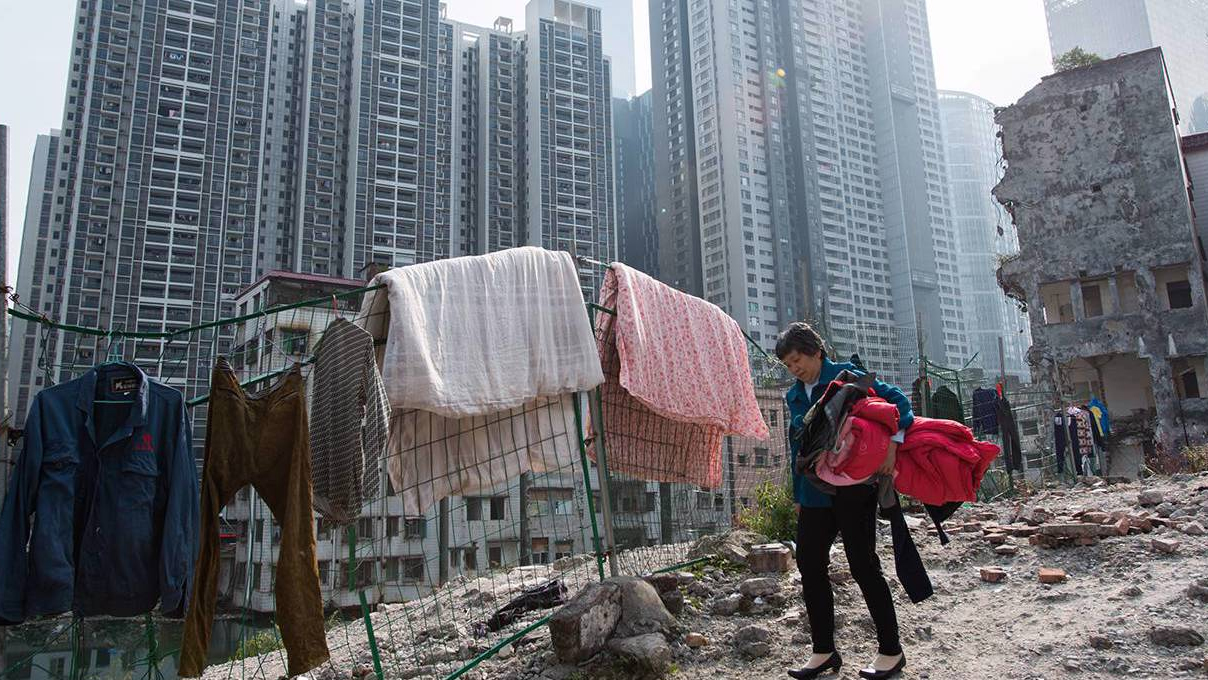 Economic reporting about China focuses far too much on total GDP and not enough on per capita GDP, which is the more revealing indicator. And this skewed coverage has important implications, because the two indicators paint significantly different pictures of China’s current economic and political situation. They also focus our attention on different issues.

A quick search through all English-language news outlets in the ProQuest database for the ten-year period from 2011-21 shows that 20,915 articles discussed China’s GDP, whereas only 1,163 mentioned its GDP per capita. The difference was proportionally even larger among the eight largest and most elite papers, including the New York Times, Wall Street Journal, and Washington Post, where 5,963 articles referred to Chinese GDP and only 305 discussed the per capita measure.

In 2019, China’s GDP (measured at market exchange rates) of $14 trillion was the world’s second largest, after that of the United States ($21 trillion), with Japan ($5 trillion) in third place. Aggregate GDP reflects the total resources – including the tax base – available to a government. This is helpful for thinking about the size of China’s public investments, such as in its space program or military capacity. But it has much less bearing on Chinese people’s everyday lives.

Most economists therefore care more about China’s per capita GDP, or income per person, than the aggregate measure. And the key takeaway here is that China remains a poor country, despite its phenomenal headline GDP growth over the past four decades.

To understand the extent of poverty in China, we also need to consider the degree of inequality across its large population. China’s current level of income inequality (measured by the Gini coefficient) is similar to that found in the US and India. Given that 1.4 billion people live in China, the country’s inequality implies that there are still hundreds of millions of impoverished Chinese.

To leave the ranks of the world’s poorest countries, China must significantly boost the incomes of a population about the size of that of Sub-Saharan Africa, and with a similar average income of $1,657. And the Chinese government is aware that it must do so in order to maintain popular support. All else being equal, it will be preoccupied for at least another generation by the need to increase domestic incomes.

But all else is rarely equal in politics, and governments can also bolster their popular support in ways that do not foster economic growth. The Chinese government, for example, emphasises its role in defending the population against external or impersonal forces, such as earthquakes or the COVID-19 pandemic. It has also recently adopted an assertive stance regarding territorial disputes in the South China Sea and along the Chinese-Indian border.

Western countries have responded to these and other Chinese actions in a variety of ways. The US is ramping up its military presence in the South China Sea, while China also faces the threat of economic sanctions and a boycott of the 2022 Beijing Winter Olympics because of human-rights concerns.

Experience suggests that sanctions, boycotts, and military pressure are unlikely to achieve their intended aims. Russia, for example, has faced Western economic sanctions since 2014 – and US President Joe Biden’s administration recently announced further punitive measures – but the Kremlin has persisted in its policy of occupation in eastern Ukraine’s Donbas region. Likewise, the boycotts of the 1980 Moscow Olympics and the 1984 Games in Los Angeles had little effect on either side in the Cold War.

On the contrary, military aggression often provokes a political backlash in the targeted country and strengthens support for its government. Economic sanctions can have similar effects and solidify public opinion behind more hardline policies.

The backlash effect is easily observed in China nowadays. Many Chinese think the West is seeking to reassert political dominance and feel painful reminders of colonialism and World War II, when China lost 20 million people, more than any country except the Soviet Union. The strong emotions triggered by Western policies toward China overshadow the fact that some of China’s actions are troubling countries like India, Vietnam, and Indonesia, which also suffered brutal colonial policies.

These emotional reactions also distract attention from important domestic issues, not least the need to boost incomes. China’s poor, most of whom probably care little about border disputes or international sporting events, will bear the brunt of any collateral damage.

To engage effectively with China, other countries should remember: contrary to first impressions, it is not an economic monolith. Behind the world’s second-highest GDP are hundreds of millions of people who just want to stop being poor.

Both figures are important. One tells you how dominant the country is in the world market, the other tells you how rich each person is. I don’t think anyone is under the illusion that the average Chinese person is rich, but we do know that the 1 billion+ combined are an economic powerhouse.

Hans Rosling's book 'Factfulness' persuasively argues that wealth has a great divide about the $2 per day. Below that you never know if you will eat, you sleep on an unsealed floor, you cannot be sure of a roof over your head, you have as many children as possible and if necessary sell the girls into prostitution, etc. Above that $2 per day life can vary from precarious hard physical work to multimillionaire but you have similar aspirations: to have as many children as you can afford, educate your children, work to better yourself.
I hate the Chinese communist party and the Chinese government but the latter has been successful in lifting so many millions of people out of that terrible, abject poverty. So the Chinese people have good reasons to support their govt whatever I may think.

So the Chinese people have good reasons to support their govt whatever I may think.
Indo-Pacific Quad alliance is no longer a certain force to deal with China's "rule breaking".

China with President Xi now, could have been as prosperous as Taiwan, except for the crazed leadership of the CCP.
Rather, like HK looks like they will squash Taiwan like a bug!

I don’t think China “makes up” their GDP numbers, the difference with most other economies is GDP is an input rather than an output. China sets their GDP in advance and makes up the difference between the real economy and the target mainly by directing massive infrastructure investment. Problem is more and more of this investment is unproductive but is yet to be written off.

They make up the numbers. Would you want to be the CCP guy that notifies the leadership that GDP is down?

I agree. China is a nationalist socialist authoritarian nightmare, akin to Nazi Germany. Like the leftists of the 30s, today's leftists quietly admire and envy China.

I aren't sure the comparisons to other countries are quite valid with China. It controls it's currency at around $1USD = 6-6.5 RMB.

When living in the country and earning an above average wage (entirely dependent on the city you are in as to what that means), you can virtually want for nothing. Rent out and live in a spacious apartment, eat out every night, out partying often, buying consumer items, all pretty cheap and convenient and afterwards you can still probably save 50% of your salary. Saving a house deposit if you are a couple can take only a couple of years if you are both above average earners and bank loans are easy to get and service. And if you are young, your parents/grandparents are very likely to either buy you a house outright, give you a house outright or give you a sizeable deposit.

Compare that with the lives young workers live in NZ at the moment, living in cramped conditions, barely able to make rent, lucky if they can eat out, partying only occasionally, 10 years of saving for a house deposit, and then think about it from an economic perspective. The young are delaying/never having kids as housing is insecure and economic/social/environmental disincentives.

Sure there are differences in things like air quality and governance, but all the young people we know in China own at least one house, are having kids and generally living better lives than those in NZ. I have also noticed the tide turning, multiple young Chinese immigrants to NZ have left to go back to China. Most of them have returned as they can have better lives there.