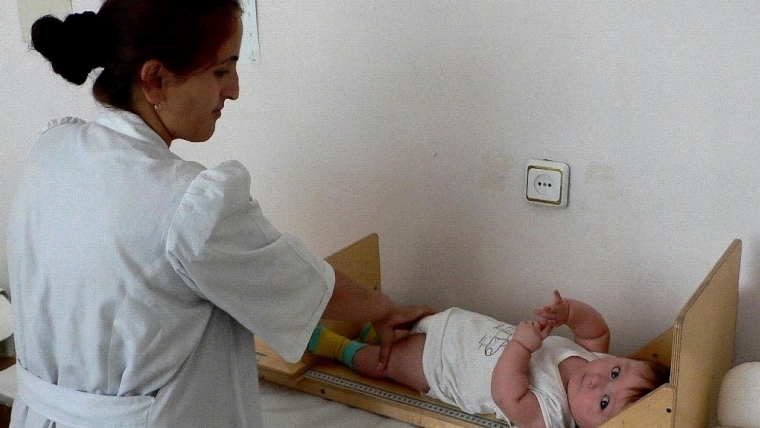 The proposed health redisorganisation seeks to markedly centralise the health system. Is this grab for power justified; will it work?

The Cabinet paper’s justification of the proposed changes is sevenfold.

The first two are about Maori issues. One is constitutional, arguing that the ‘public health system does not meet the Crown’s obligations to Maori’. The second is that the ‘overall system performance’ (which it emphasises is high) ‘conceals significant underperformance and inequity, particularly for Maori and Pacific peoples’ (although there is little attention to the Pasifika needs). This is an issue that requires a lot more teasing out – but not here. The danger is that if we treat the problem as ‘Maori’ with little thought about what is actually going on, we shall have an expensive failure. One is already nervous because those who have welcomed the change have so many different views on what the new authority will do.

Justification 7 is that ‘funding has not increased in line with increasing costs and rising demand.’ True, but the redisorganisation does not address this. The transition will add to costs; if the 1990s mess is any indication they may be very large. Nor should we be surprised if the new system is costly to run.

I have little trouble with justification 6 that the ‘system does not routinely take a population health approach’. Twice in the past there have been attempts to deal with this and twice the approach has been castrated because of powerful lobbies which profit by our ignoring population-based health promotion.

I give justification 5 almost in full: ‘... services are too often built around the interests of providers, and not around what consumers value and need. Improvements in service design and adoption of new technologies have been sluggish, resulting in little shift of services from hospital to community environments, despite this having been government policy for more than 20 years. Virtual consultations only became common during the height of the COVID-19 pandemic; and since the lowering of alert levels, have retrenched again.’

It seems to be saying that the system still underplays primary healthcare (such as GPs) I agree. But the oddity of the last sentence may mean they have something else in mind. It’s a bit strange. (‘Ve vill make you Zoom.’)

Justification 3 is that ‘the system has become complex and unnecessarily fragmented, with unclear roles, responsibilities and boundaries’.

Perhaps complexity and fragmentation is inevitable. I am struck by the traditional distinction between surgeons and internal medicine. The patient arrives at hospital with an inflamed appendix and the surgeon chops it out. The patient arrives at hospital with an ache; in the course of the diagnosis the team finds that they have a host of problems including alcohol and not getting on with the spouse.

So it is easy to systematise health provision based on the surgical model and ignore complexity and the resulting fragmentation; thus the problems identified in justifications 2 (underperformance for certain groups) and 5 (the failure to integrate primary and secondary care).

The centralisation is likely to exacerbate this. It is like surgeons sitting in Wellington offices. DHBs offered the promise of local innovation and experiment which could then be applied elsewhere (for instance in primary-secondary integration). I have never been clear whether the experiments happened but, in any case, any findings were not percolated through the whole system. I suspect the shortage of funds inhibited them as Boards focused on urgency. (It is difficult to get GPs to address the prevention of alcoholism if you are desperately removing appendices.)

As for justification 4: ‘the public do not have a consistent say in the operation of the system.’ The kindest thing to say about the proposal is that it provides consistency across the public by reducing its say to zero. It was never great, but under the new system when the folk in Whangarei have a community complaint, they will have to picket in Auckland (or possibly Hamilton) or even Wellington.

We have a Health and Disability Commissioner, who does an excellent job of remedying a failure by a health professional after you are dead. My concern is microsystems failure; we all know of instances with friends in hospital (or a rest home) who fell between the cracks because no one seemed to be in charge; a personal problem quickly fixed with an effective advocate and goodwill. A stiff letter to the head of the proposed Health New Zealand which is to run the hospitals will get no remedy.

The failure of the proposals to give consumers of healthcare (and their friends and family) a voice says there is something else going on. The usual reason for more central control is the demands of public funding.

The history of secondary care (hospital) is that it started off as a private system funded by fees, charity and doctors giving their services for free. (Phil Bagshaw’s Canterbury Charity Hospital Trust is an echo of that past.) Under the First Labour Government the central government began to take full responsibility, mainly for equity reasons. At the time, nobody expected the huge technical innovations which have prolonged life and the quality of life but which are increasingly expensive. So the central government got sucked in with an increasing fiscal burden which has not been resolved  – equity issues are important – by offloading as much as possible onto private healthcare

Thus the decades long efforts to increase central control of the health system. The abolition of the District Health Boards follows a logical continuation from the limitations of the local Hospital Boards of the 1950s.

A major weakness of centralisers is their tendency to design systems on the assumption they do not make mistakes. Had they been more realistic the planned redisorganisation would have observed that some part of the various failures, which irritate us all, can be attributed to the failure of the centre (Wellington).

You almost certainly know of such failures in your locality, but the most recent spectacular one has been at the Canterbury DHB where a first-class leadership team was unaccountably destroyed. Some of the factors driving the disaster seem to have been the failure of the centre’s funding of the earthquake-hit DHB, its responsibility for the new acute services bloc new building which suffered severe cost overruns (which were then dumped on the DHB) and the appointment of powerful advocates of the central government agenda to overcome the sustained resistance by the previous Board and its executive team to this agenda.

It is likely that such things will happen again under the new regime. Despite its brilliant handling of the Covid Crisis, there is little confidence that the Ministry of Health is one of our better government agencies (at a time when there is much pessimism about the quality of the public service generally). I have wondered whether a covert purpose of the redisorganisation between the Ministry and the Health New Zealand is to improve the functioning of the ministry. If it works, it will be welcome.

The failure to acknowledge that the centralisers will make errors – grievous errors – is why the designers think there is no need to build the public’s involvement into the new system. It is unnecessary if you never make mistakes,

If one never acknowledges mistakes one never learns from them. There have not only been poor appointments to DHBs but some of the appointments to the ministry itself (and of ministers) have also been poor quality. Not to mention that what happens when a minister takes over who is unsympathetic to the principles underlying the system and systematically undermines them, as has happened. Should we design a system so heavily dependent upon such people at the centre?

When mistakes happen, you wont even be able to picket your local DHB.

Labour Party governments believe a health service as a large corporate run out of Wellington (ie a government department) will be wise and effective. That fond belief is also engrained in the Wellington civil service subculture.
I think thats a daft belief.

The MoH hardly demonstrates a convincing record of efficient and effectiv e administration. For a start they could not build their own headquarters without a $39 mill blow out over budget. An utter shambles a couple of years ago with the flu vaccines. Ditto for the new hospital wing in ChCh, reduced in the end in capacity and with highly defective plumbing and other elements. Recent problems at the border, testing of staff not being done despite the minister’s instructions and lying that they were. Dr Ian Powell has written excellent papers exposing the shortcomings including the debacle at the Canterbury DHB. A budgetary shortfall of $80 mill was proven by independent audit but denied until just about all the highly valued executive team tendered their resignations, and then it was coughed up. How can this body undertake and create such a massive and vital structure in our nation. Don’t think they could organise a bubble in a jacuzzi myself.

The health reorganisation will be the signature policy of this Government and Mr Easton's piece signifies a high degree of doubt as to whether it is a good concept or can be made to work. It is serious business. The Kiwibuild fiasco only cost money and houses. If this goes wrong people will die.
The fact there are only two responses on here after a day and the general lack of interest in the proposal apart from the proposed Maori authority tells me the public dont think this is actually going to happen. They have got used to Labour announcing an announcement is coming, making the announcement eventually and then announcing they are not going to do whatever it was any more.

It will however cripple any efforts the existing DHB's are making to improve staffing and outcomes in the meantime.

Once you're in the door, things usually go well.
It's the getting in the front door that is such a barrier for so many people.

It feels like they are biting off more than they can handle with this one.

There's plenty of efficiency that is there for the taking without at the same time removing so much autonomy from the regions getting a say in where in the health system our own tax dollars get spent.