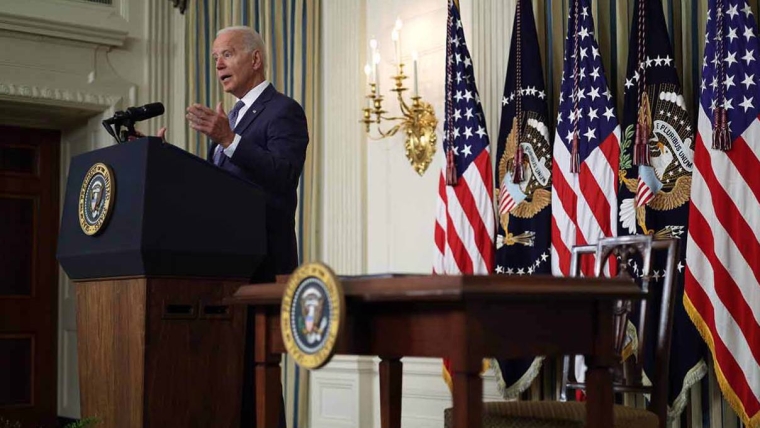 US President Joe Biden’s new executive order on “Promoting Competition in the American Economy” is more significant for what it says than for what it does. In fact, the order doesn’t actually order anything. Rather, it “encourages” federal agencies with authority over market competition to use their existing legal powers to do something about the growing problem of monopoly and cartelisation in the United States. In some cases, the relevant agencies are asked merely to “consider” ramping up enforcement; in others, they are directed to issue regulations, but the content of those regulations remains largely up to them.

Nonetheless, it would be a mistake to dismiss the order’s tentative language as mere rhetoric. Antitrust is the main body of law governing market competition in the US, and it has been the object of sustained attack by business interests and conservative intellectuals for more than 50 years. Biden is the first president since Harry Truman to take a strong public anti-monopoly stand, and he has backed it up by appointing ardent anti-monopoly advocates to his government.

The executive order is ambitious in its scope and style. In strongly worded passages, it accuses businesses of monopolistic and unfair practices in major industries, including technology, agriculture, health care, and telecommunications. It laments the decline of government antitrust enforcement, and identifies numerous harms that have resulted – including economic stagnation and rising inequality.

The order also establishes a new bureaucratic organisation in the White House to lead the anti-monopoly effort. Demanding a “whole-of-government” approach, it calls on the vast resources of numerous agencies, and not just the two that traditionally oversee antitrust (the Department of Justice and the Federal Trade Commission).

Still, the Biden administration’s antitrust agenda will face significant judicial obstacles. Over the past 40 years, an increasingly business-friendly Supreme Court has gutted antitrust law. In ruling after ruling, it has weakened the standards used to evaluate anti-competitive behavior; raised the burden of bringing an antitrust case; limited the types of antitrust victims who are allowed to bring cases; allowed businesses to use arbitration clauses to protect themselves from class action lawsuits; and much else.

On top of that, the Supreme Court has disseminated throughout the judiciary a generalised suspicion of antitrust claims. Judges at all levels have absorbed an academic skepticism about antitrust law that is now 30 years out of date. Accordingly, business plaintiffs are usually seen as sore losers who have resorted to the law because they were beaten in the marketplace. Consumer cases are attributed to the machinations of trial lawyers. The pretexts businesses offer for their anti-competitive practices are swallowed whole.

So, while Biden is right that “federal government inaction” is partly to blame for the decline in antitrust enforcement, there is little that his (or any) administration can do unless it has the courts on its side. This probably accounts for the order’s careful language. Agencies like the DOJ and the FTC would surely like to enforce antitrust laws more vigorously than in the past, but they are not going to commit resources to bringing cases that will fail in court.

Still, there are grounds for optimism in the near term, because the executive order has broken new ground with what it says about labour. For the first time ever, a US president has declared that antitrust law should be brought to bear against employers.

Unlike the tech, agriculture, and health-care sectors, labour markets received virtually no attention from the federal government until just a few years ago, and only baby steps have been taken since then. But as Biden’s executive order acknowledges, “Consolidation has increased the power of corporate employers, making it harder for workers to bargain for higher wages and better work conditions.”

This new focus reflects the influence of recent economic research showing that countless labour markets have become dominated by a handful of employers. Such concentration is partly the result of mergers and partly the result of the natural growth of large businesses, which often locate plants and warehouses in thinly populated areas where there is little competition for workers. Under these conditions, employers have the upper hand, resulting not only in lower incomes for workers but also in less economic activity and output, higher prices, and greater inequality.

Employers have also entered into anti-competitive agreements with one another to fix wages or to refrain from poaching each other’s employees. Back in 2010, Apple, Google, and other major tech firms received a slap on the wrist when it was discovered that they had agreed not to recruit one another’s software engineers. But a spate of more recent cases, including several criminal indictments brought against employers, indicates that the 2010 case was no anomaly.

There is also important new research showing that non-compete clauses that block workers from securing employment with their employers’ competitors have become ubiquitous. Biden’s executive order rightly mentions these clauses, which prevent workers from credibly threatening to quit when bargaining for higher wages. While these agreements supposedly protect trade secrets, that justification beggars belief, given that they also cover unskilled workers who have no access to such information. Moreover, California is one of the few US states where non-compete clauses are illegal, and it hardly lacks for innovation.

Adam Smith called labour-market collusion “the natural state of things which nobody ever hears of.” Fortunately, US courts have acknowledged that antitrust law applies to employment practices, so the federal government has significant scope for enhanced involvement in attacking labour-market abuses. A vigorous federal response could make real progress in helping workers. It is here that Biden’s contribution to antitrust enforcement may have its most significant impact.

Eric Posner, a professor at the University of Chicago, is the author, most recently, of The Demagogue’s Playbook: The Battle for American Democracy from the Founders to Trump (All Points Books, 2020). This content is © Project Syndicate, 2021, and is here with permission.