Ross Stitt follows the money gushing into the Australian financial system, juicing a takeover boom. But are they ready for new Covid strains, an inflation shock, rising interest rates, geopolitical instability, and a major correction in equity markets?

Ross Stitt follows the money gushing into the Australian financial system, juicing a takeover boom. But are they ready for new Covid strains, an inflation shock, rising interest rates, geopolitical instability, and a major correction in equity markets? 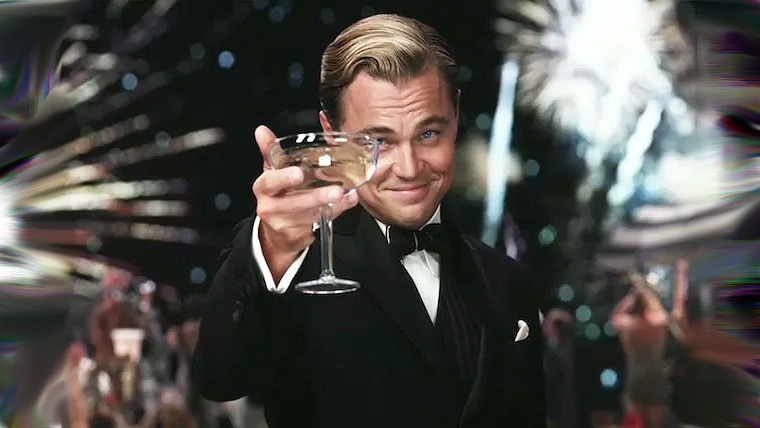 Many commentators have predicted that the Covid-19 crisis will be followed by a period of social and economic euphoria similar to the Roaring Twenties that followed the Great Influenza epidemic of 1918. The key difference this time, at least for the Australian M&A market, is that the euphoria has arrived before the crisis has finished.

Precise numbers are difficult to determine. According to corporate law firm Gilbert & Tobin private and public M&A deals worth approximately A$150 billion were announced in the first half of 2021. That already exceeded the annual total for every year in the previous decade and there have been many more announcements since then.

Confidence is high and money is plentiful.

The standout transaction is the proposed $40 billion takeover of ‘buy now, pay later’ company Afterpay by US fintech behemoth Square, Inc. If completed, it will be the biggest takeover in Australian history.

There are several other megadeals in various states of play. Energy company Woodside is looking to acquire the oil and gas business of BHP in a transaction valuing that business at $20 billion. Sydney Aviation Alliance, a consortium of institutional investors led by Global Infrastructure Partners and IFM Investors, has bid $23 billion for Sydney Airport. Santos and Oil Search are proposing a merger to create a $21 billion energy giant. KKR and the Ontario Teachers’ Pension Plan are offering $5.2 billion for electricity group Spark Infrastructure.

Why is there so much activity now with Australia still in the grip of the Covid-19 pandemic? There are many reasons.

Interest rates in Australia are at historically low levels and unlikely to go up anytime soon. Any desire of the Reserve Bank of Australia to see them rise has been restrained by the economic fallout from the ongoing lockdowns in New South Wales and Victoria.

Australian superannuation funds have substantial cash reserves available for investment. They enjoy strong cash inflows, enhanced by the increase to 10% of the compulsory superannuation rate payable by employers on behalf of employees from 1 July 2021.

Many private equity funds are also cashed up and looking for investments.

There is an overarching sense of a strong rebound from the doom and gloom that pervaded 2020. Robust corporate earnings, growth in Australia’s major trading partners, the availability of bank credit, and a booming equity market have all contributed to an environment conducive to M&A transactions.

Importantly, given the trauma of the last eighteen months, there is also increasing confidence that vaccination offers a path out of the Covid-19 pandemic. That is a key element in terms of assessing risk.

Many of the same features are present in countries that are traditionally big investors in Australia, particularly the United States. That may be influencing their participation in M&A activity down under.

Against this generally M&A-friendly backdrop, the decisions of individual players to merge, divest, or acquire are being determined by a range of company and industry specific factors. Common objectives include removing competition, acquiring growth, enhancing technological capacity, achieving synergies, and gaining scale.

A more recent, and probably growing, purpose may be to dispose of assets no longer considered ‘brand-appropriate’. Take Woodside’s proposed acquisition of BHP’s oil and gas business. BHP’s website states that the benefits of the deal include greater scale and diversity and estimated synergies of more than US$400 million per annum. However, some commentators have suggested that one of BHP’s objectives is to clean up its image by exiting the increasingly vilified fossil fuel sector.

According to some Australian takeover targets, another factor driving acquisitions is opportunism. The S&P/ASX 200 index is up 60% from its low last year. However, the performances of individual companies have varied widely. Many companies in the sectors most adversely affected by the Covid-19 pandemic, particularly tourism and entertainment, have underperformed the market. Some are still languishing at prices well below pre-pandemic levels.

Unsurprisingly, some of these have attracted the attention of bargain seekers. The most high-profile example is Sydney Airport. In December 2019 its share price was around $9. By 20 March last year the price had nearly halved. By July of this year the share price had recovered, but only to around $6.

On 5 July, a consortium of investors launched an unsolicited cash offer of $8.25 a share for the airport. Normally such a large premium to the pre-offer price would have some attraction. But these are not normal times for an international airport. Sydney Airport’s directors dismissed the bid as opportunistic. The bidders then increased their offer to $8.45 a share and that too has been rejected. More action is expected.

The current surge in Australian M&A activity is spread across public and private deals and across many different sectors. In terms of acquirers, there are both international and domestic parties. However, if Square’s $40 billion takeover of Afterpay is removed from the analysis, the participation of local players is proportionally greater than in many previous years.

A part of that is the increasing role of Australia’s superannuation funds. The top fifteen funds all have assets in excess of $50 billion, giving them the scale and in-house expertise to participate directly in M&A activity.

AustralianSuper, the largest fund, has assets of $200 billion giving it the financial muscle to undertake significant transactions on its own. Last December it made a $5 billion offer for New Zealand infrastructure company Infratil.

There are obvious dangers in the current Australian M&A boom. Too much money chasing too few assets can push prices above true value. Buyers need to be careful not to overpay. The ‘FOMO factor’ – fear of missing out – can lead to expensive acquisitions that subsequently prove more costly than anticipated. The other form of buy now, pay later.

At the same time, the boards of Australian companies need to think hard before they dismiss rich takeover offers. At a future date those offers may, in retrospect, look very attractive. Shareholders won’t thank boards for rejecting approaches that were in fact too good to refuse.

How much longer can the M&A market in Australia keep roaring? According to the bankers and the lawyers, it is getting stronger and will continue to thrive into 2022.

At this stage the lockdowns in NSW and Victoria appear unlikely to end the party. ‘Working from home’ has proved less of an obstacle to large commercial transactions than might have been expected.

Potential stumbling blocks further down the track include new Covid strains, an inflation shock, rising interest rates, geopolitical instability, and a major correction in equity markets. It was of course the Great Crash of 1929 that brought the first Roaring Twenties to an end.

Ross Stitt is a freelance writer and tax lawyer with a PhD in political science. He is a New Zealander based in Sydney. His articles are part of a new 'Understanding Australia' series.

"Many private equity funds are also cashed up and looking for investments."

Story of the planet, story of M&A. Lack of any REAL opportunities.

Limits to Growth (real). We are entering the zone.

Printed money at life support interest rates (stupidly cheap) has to find a new speculative home somewhere. Property and most shares are a bubble with prices radically distorted from income. New listings that can be bubbled up to boiling temperature is just about all that's left. Slowly the public is waking up to the fact that Governments and Central banks are destroying the value of money, any savings and the power of your income. Those still working have to put their money somewhere other than the banking system.

Are we not entertained yet...?

..and in the absence of indulging yourself with overseas trips, stupidly big cars or a facelift, what good is more and more digits?
We are getting a little reminder of what matters - health.

And technology. I wonder how many people have gone and spent travel money on tools or equipment that can be a productive asset for themselves. Youtube is an encyclopedia of DIY projects that I myself have delved into whilst being locked up.

Like houses in New Zealand, in many parts of the world, Companies may become the only game ? Flip companies to keep making money ?

The extend-and-pretend has included 'funds' looking to 'grow' to 'finance' pensions which were not actually financed in the pensioner's 'working' years. The whole thing is now a ponzi feeding on a ponzi - but with the media firmly backing the party line that all is good, onwards and upwards. The alternative(s) is/are too awful to contemplate.

You often hear talk about what will be mankind’s ultimate downfall, world war, disease etc etc but there is a much more simple answer that covers everything…greed. It is like our very own self destruct button.

Reading today article on Israel experience with vaccine not controlling Delta even boosters only buy time and we have Delta plus on it's way apparently.
The party by the financial markets is way to early we are not out of the woods by a long shot the only way things may come right is a cure not a vaccine.

They were partying on the titatic until the end