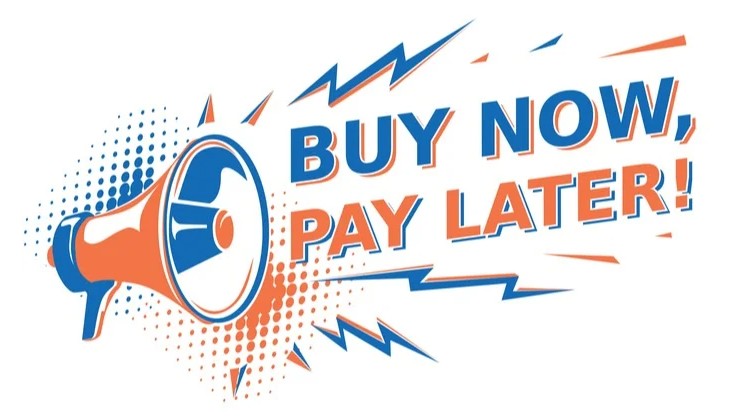 One conclusion that must be drawn from a reading of the financial reports released by buy now pay later companies over the past few weeks is that the sector needs to be regulated so that it is forced to provide adequate consumer safeguards.

In their haste to grab share in what they see as an important emerging consumer finance market, BNPL companies are consuming a lot of shareholder capital. That’s a matter for them and their shareholders.

They are also putting consumers at risk as they sign up as many customers as they can and, despite what they say, allow them to use a credit product irresponsibly.

That’s a matter for policy makers and regulators. That’s certainly the case with Sezzle, which made a provision of A$22.4 million for uncollectable accounts in the six months to June – equivalent to a little under half its income for the half-year and 22% of its receivables.

Sezzle reported underlying merchant sales of US$786.2 million during the June half – an increase of 156% over the previous corresponding period. Active merchant numbers rose 150% to 40,274 and active customer numbers rose 96% to 2.9 million.

Can these businesses double their numbers every year and keep control of their credit risk? The evidence suggests they can’t and regulators need to step in.

Openpay reported a spike in bad debt charges and arrears as it pursues an aggressive growth strategy in the United Kingdom and the United States, as well as locally. The receivables impairment expense grew 55% to $12.2 million in the year to June. Gross receivables were $63.2 million at June 30. Its arrears rate rose from 0.8% at 30 June 2020 to 2.8% at 30 June this year.

The company said the 55% increase in bad debt charges was a result of portfolio growth as well as “early stage” losses in the UK related to the company biggest retail merchant.

In addition, Openpay’s heavy cash outflow from operating activities prompted its auditor to say the company will need to secure additional funding in support of its business growth.

It appears that such losses are a cost of maintaining momentum in the highly competitive and fast growing BNPL market. However, elevated bad debt charges and arrears rates undercut the claims of BNPL companies that they are “changing the way people pay, for the better.”

Splitit’s original business model was to allow consumers to use an existing debit or credit card to pay for purchases on an instalment basis, free of fee or interest charges. This year it stopped funding debit card transactions as a way of managing risk that was getting out of control.

Zip’s financial report tells much the same story. Customer numbers rose 247% to 7.3 million over the year to June and underlying transaction volume rose 178% to $5.7 billion.

Most standard lenders reported stable or declining arrears and bad debt expenses in the year to June, along with releases from their expected loss provisions, as government COVID stimulus measures allowed households to build savings and pay down debt.

It is a completely different story with BNPL providers. An absence of consumer credit regulation is a big part of the reason for the difference.

Another reason regulators should be overseeing the activities of these businesses is that some of them exhibit the characteristics of payday lenders.

It’s been some years since most consumers had to pay monthly fees on their transaction accounts but they pay them on some BNPL accounts. The sector needs to be more accountable.

* John Kavanagh is associate editor of Australia's Banking Day. This article was first published here and is used with permission.

I dislike these "hidden" costs like liability insurance and BNPL fees, which are baked into retailer's pricing. We all have to pay, whether we use/abuse the system or not.

I'm surprised these aren't included in the CCCFA amendments that the current government is steamrolling through.

MBIE chose to leave BNPL out of this - https://www.interest.co.nz/banking/96279/interest-free-buy-now-pay-later%C2%A0products-such-afterpay-partpay-laybuy-and-oxipay

The biggest buy now pay later is anyone buying sections or houses of the plans with the title not due for 6 to 12plus months away.

Banks are just salty that people aren't using credit cards like they use to. Bet nobody here has ever heard of Sezzle.

I don't have a credit card or overdraft, but I do use Afterpay, it's great for computer gear.

Why do people pay money (hundreds I'm guessing?) to even have an overdraft facility and open credit card accounts? On top of all that I'm sure there'd be interest charges and yearly fees.

I've never paid a fee to Afterpay; be it a signup fee, late fee, subscription fee - not event an interest charge! Better security too as you're not required to enter debit/credit card details into merchant payment-gateways.

When I first download the app and joined approx 2 years ago, my spend limit was $400 - no record of a credit check appeared on Credit Simple's Dashboard. It's been handy for monitors, AV equipment and the odd ASOS haul. My spend limit is currently $1500, which is clearly responsible leading.

It's great for me because I normally invest my spare fiat and don't like to cut into my dry powder for wants or interest-bearing-accounts for unexpected expenses.

I'd also consider AfterPay a responsible lender because they require the first payment (1/4) up front - don't think that's a thing with banks! The payment schedule (unless you flick it through earlier) is done over 6 weeks (3 fortnightly payments), which I imagine is longer than most credit-card providers offer in terms of interest/fee free periods.

And yes, I do own some Square stock lol.