Economist Brian Easton says not all neoliberals are the same, as a comparison ranging from Don Giovanni to Geneva School ordoliberals shows

Economist Brian Easton says not all neoliberals are the same, as a comparison ranging from Don Giovanni to Geneva School ordoliberals shows 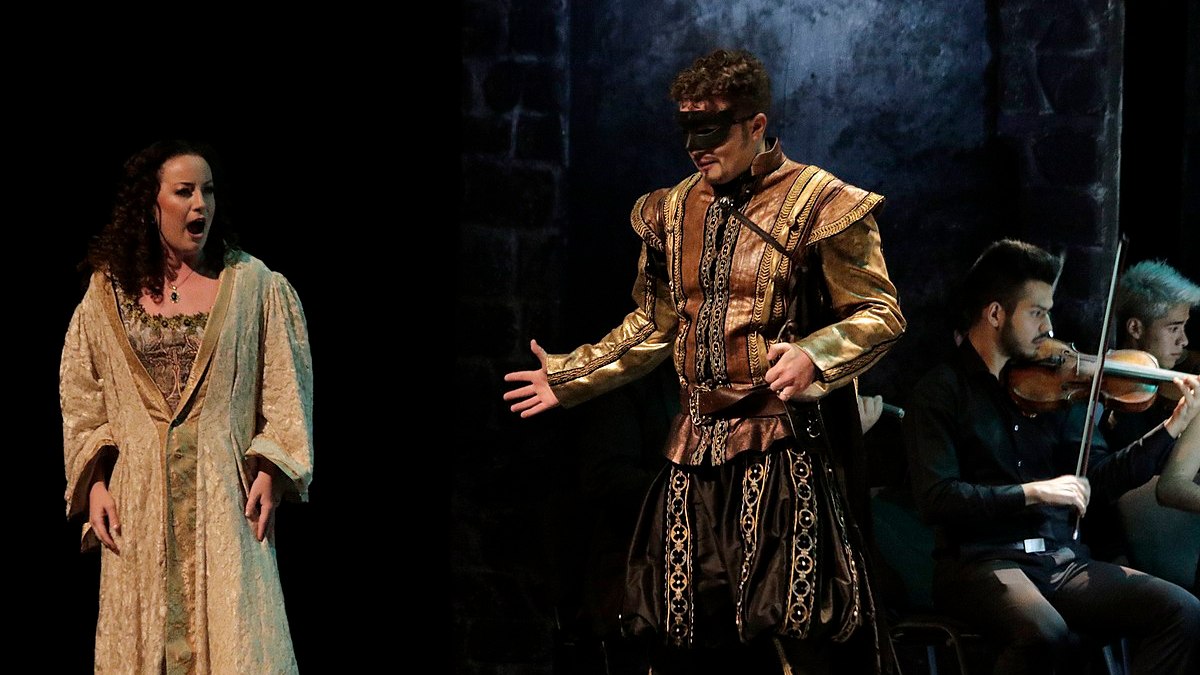 It was staged with an underlying theme of #me2. That is certainly the implication of Leporello’s catalogue-of-conquests aria, although the libretto’s underlying joke is that Don Giovanni’s seductions repeatedly fail.

As so often in Mozart’s operas there is a class dimension. Don Giovanni’s seductions are based upon his status/power and his wealth – #me2 points. I was struck by the moment when he invites everyone to his home ostensibly for reasons of hospitality at the end of Act 1, the cast sings (English translation):

Don Giovanni: Everyone is welcome! hurray for freedom!

Donna Anna, Donna Elvira, Don Ottavio (who are masked so we may take this as ironic) We thank you for so many signs of boundless generosity.

All Hurray for freedom!

The ‘hurray for freedom’ (‘viva la libertà’) echoes in the final scene. Don Giovanni is invited to repent his libertine ways, refuses and ends up in Hell (no doubt #me2 victims have similar hopes for their unrepentant aggressors).

Inevitably, this economist wondered whether Don Giovanni would be a neoliberal. He is rich enough and has the libertarian attitudes (although in my experience not all neoliberals are personal libertarians even if their public stance is to promote ‘freedom’).

However, the story of neoliberalism turns out to be more complicated. Let me try to unravel it.

In fin de siècle Vienna there was a group of economists who were to have a remarkable and rich impact on economics. Those who had not died were driven out by the Nazi takeover of Austria in 1938. They ended up in America and Geneva, extending the Vienna School’s economic influence.

A couple of them, Ludwig von Mises and Friedrich Hayek, abandoned economics and became ideologists. They were taken up by the American right, generously funded, and became what is today called ‘Austerians’ or the ‘Austrian School’. However, while the rest of the Viennese School were to the right, they were not Austerians and continued to contribute to the core of economics. (You can read more about the American thread here.)

Those from the Vienna School who ended up in Geneva might call themselves ‘neoliberals’ – a term coined at a 1938 seminar in Geneva – by which was meant a renewal of liberalism. In fact the discussions at the seminar ‘hardly conformed to a caricature of market fundamentalism. Instead, participants took a range of positions, many of which clustered around accommodation for some form of intervention and a welfare state.’ (The Mont Pelerin meeting occurred a decade later and was more committed to market fundamentalism. Some of the attendees were from Geneva.)

To understand the Geneva School – Geneva was the centre of the League of Nations and later of the GATT and the WTO international trade organisations – we scroll back to Vienna. Once, Austria had been the centre of the vast Austro-Hungarian Empire which ruled over many colonies – with very different cultures and languages – contiguous with it. At the end of the First World War, Austria was stripped of its colonies which were established as independent states – Czechoslovakia and Hungary – or were ceded to other countries – Italy. Poland, Romania, Ukraine and Yugoslavia. They promptly put up barriers at their borders restricting the movement of goods and services, people and capital.

This was economically devastating to Vienna – especially its bourgeois whence the Austrian School economists came. The economists wanted to return to the economic world before the Great War where these barriers to economic movement would be abolished. It is called ‘ordoliberalism’, a world economic order which overrules nationalism.

It is not obvious how to attain such a goal. The ordoliberals considered a number of possibilities, including world government, but ultimately settled on a legal system which would trump national discretion. They contemplated nations as cultural entities but with negligible economic discretion as they might have preferred for the dismembered Austro-Hungarian Empire.

Easier said than done. The Canadians invoke economic interventions to protect their media from invasion from American commerce. The French have similar concerns about their culture. In our trade treaties we specifically require that the Treaty of Waitangi be not compromised. Hayek supported social insurance schemes (truly!), but it is not obvious how they would work effectively with unrestricted movement of labour. More fundamentally, humans do not separate their culture from their work lives.

In any case, the Geneva School had a wider political agenda. Its basic conclusions according to Quinn Slobodian’s Globalists: The End of Empire and the Birth of Neoliberalism – there are 15 – including:

- world economic order depends on the protection of the rule of property against the overreach of the role of states;

- the public/private distinction is more important than the foreign/domestic;

- international institutions act as a mechanism for protecting and furthering competition without offering spaces for popular claims-making;

- democracy is a potential threat to the functioning of the market order. Therefore safeguards against the disruptive capacity of democracy are necessary;

- democracy’s danger is its legitimation of demands for redistribution. All world economic problems are rooted in domestic distribution struggles.

(The last is particularly poignant. It assumes that the existing economic distributions are justified. Neoliberals tend to be at the upper end of them.)

Slobodian implies that Geneva School ideas may have taken over the WTO in particular and the world economic order in general. However, while the Geneva School has made a significant contribution it has not dominated either.

It is sometimes difficult to disentangle the reasons for a particular policy. Ordoliberals wanted a rule of law in international trade. So does New Zealand. Their reason is to reduce the power of national economic policy. Ours is that small nations need protection from the bullying of big nations. So unlike the Geneva School we do not want to abolish the nations, our concern is to maintain their integrity.

We certainly do not reject democracy and we acknowledge the distributional impact of policies at home and also in the countries we trade with. Part of the latter concern is realpolitik – that when we are negotiating, the other sides are also dealing with their domestic distributional issues. But there can also be a genuine concern about others. That is a very powerful factor in our relations with many Pacific Islands, while we would love to do a trade deal with India but we are sympathetic to the plight of its poorest farmers and the difficulties they would face adapting to an open economy.

So we need to be cautious in portraying international economic relations as being determined by the Geneva School wing of the Vienna School. But we should not dismiss them as untrammelled ideologists (which may be true for the Austrian School); while they may not always be right, they have made genuine contributions to economic understanding and even world wellbeing.

Which is more than I can say for Don Giovanni. Terrific music though.

In economics to be a libertarian and call for "Freedom" is that because you want the ability to exploit others without being called to account for it?

There is no doubt that some hold a view that if you are wealthy then you must have stolen it from someone who wasn't/isn't. Bill Gates for example, the wealthiest man in the world, but mostly on the value of MS shares, has also made many others wealthy too, but when I was doing my IT degree I completed a paper looking into software piracy, and the question i was asked for this paper was who was the biggest supporter of it? I think the tutors expected me to decide China was due to it's lack of policing, but looking at the evidence i found that it was actually the software companies pricing policies that promoted piracy the most. The example I gave at the time was MS who were charging NZ$1200 + for MS Office, wildly too expensive for most people and even many small business's to afford.

I group them into those who address the real world, and those who beaver away trying to make things happen (and to be tabulated) at a distance so remote that you wonder why they bother (bit like asking the Princess about the pea 21 mattresses down).

There very few in the real world.

Great angle in your paper. I bet that made the nostril hairs curl on whoever marked your paper.