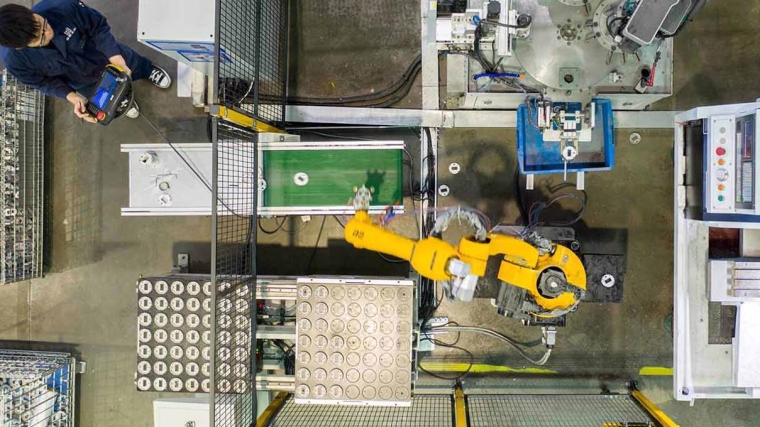 COVID-19 has exposed the myriad weaknesses of cross-border value chains. Once the backbone of globalisation, now they are associated with vulnerability to disruption. Thanks to the pandemic, value chains are being reconfigured with a focus on resilience. At the same time, China’s changing role in the global economy is forcing companies to reconsider it as a manufacturing hub. The world’s factory has reinvented itself as the world’s investor. Increasing digitalisation of production and ongoing trade tensions with the United States have also contributed to an exodus of companies from China.

The departures include firms from a wide range of countries and industries. US toymaker Hasbro closed its Chinese factory in favor of facilities in Vietnam; Japanese electronics giant Sony has transferred operations to Thailand; and South Korea’s Cotton Club is relocating production to the Philippines, Cambodia, and Indonesia. Even Chinese firms are leaving the country for less expensive destinations. Wage rates in China are more than double those in Vietnam and close to 70% of those in South Korea. Labour shortages also have made it difficult to keep manufacturing costs down. 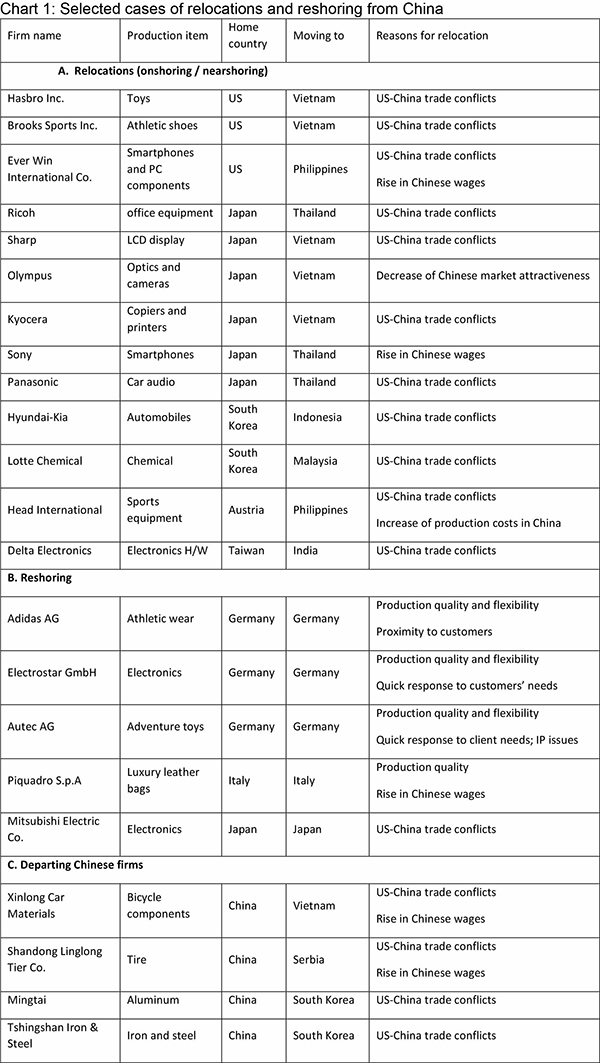 Moreover, fierce competition in the Chinese market from local manufacturers has made the country less attractive as a production center. A decade ago, Samsung’s Galaxy phone held more than 20% of the Chinese market; today, its market share is less than 0.5%. Given such trends, Samsung decided to relocate all of its manufacturing capacity for final consumer goods outside of China. The company currently maintains only three factories in China, and they make intermediate parts – semiconductor chips, batteries for electric cars, and multi-layer ceramic condensers that stabilize electricity flow in circuit boards.

South Korea in particular has taken steps to encourage its companies to bring production home. Over the past decade, the South Korean government has enacted a number of policies – including tax benefits, subsidies, and discounts on land – to encourage reshoring. In 2019, the country further modified its “U-turn act” to apply to a wider range of industries, including information- and knowledge-based companies. These policies, combined with external factors, have contributed to a steady rise in the number of South Korean companies that have reshored production – from nine in 2018 to 16 in 2019 and 21 in 2020. The returning firms represent a diverse group of industries – from electronics to jewelry to automobiles – and most of them are relocating from China. 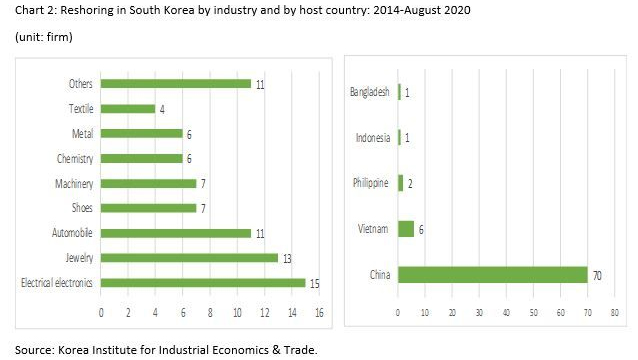 The digitalisation of production has been another factor driving the increase in reshoring. More companies are finding that it makes sense to build highly digitised “smart factories” in their home countries and close down old production lines in China. For example, the South Korean apparel firm G&G Enterprise built a new, fully automated smart factory in southwest Korea that enabled it to be price competitive and more flexible in product variety – even in the labor-intensive textile sector. For companies that face challenges with this digital transformation, the South Korean government has set up a special public-private collaborative vehicle to help businesses reshore and construct smart factories.

Increasing digitalisation also seems to be an effective way to cope with the challenge of supply-chain disruptions. Hyundai Motors, for example, previously outsourced all of its production of wiring harnesses to suppliers in China, but COVID-19 shut down output of this simple but labour-intensive product. Thanks to South Korea’s digital transformation program, Hyundai’s manufacturing of wiring harnesses is now being reshored.

For many countries in Southeast Asia, China’s loss is their gain. Thanks to the relocation and reshoring of manufacturing, the members of the Association of Southeast Asian Nations recorded their highest-ever inflows of greenfield foreign direct investment in 2019. While the economic impact of the pandemic reduced those flows in 2020, interest in the region remains strong. Future economic growth in the ASEAN countries, and their ability to contribute to global value chains, depends on how successful they are at attracting firms that want to relocate or reshore, especially from China. ASEAN governments need to recognize and seize the opportunity.

China's economic prosperity has always meant it will face the issue of higher wages and labour costs sooner or later because you can only sustain an economy on cheap labour for so long. Coupled with its human rights record and belligerent behaviour towards its neighbours esp. Taiwan and India, that's given companies the excuse to move away from it.

The Chinese have proven themselves to be both highly reliable & highly unreliable at the same time. Nobody's perfect right? The coronavirus doing the global rounds has been one of China's more enduring exports, & one that has consequences for everyone - both good & bad. There is only one China, & some might say ''Thank goodness for that.'' It is not easy to truly understand life in China but it is both hard & brutal in many forms. Inside China the value of an individual human life is minimal. They are cheap labour, but they are also good labour. They work hard. They have to. They also buy lots of our food which is great for us & it has been our saving grace (financially) over the past 20 years. The future with China is up for debate, as you well know. They are an authoritarian police state, but you could say that for most of Africa & a large part of the Middle East & Central Asia. It is us who are different, and we think everyone should be like us. This is our arrogance. Out of the 200 countries on planet Earth there might be 3 dozen of them who are civilised (as we might know it). The rest of the world can get pretty ugly, pretty quickly when you step off the beaten track.

It may actually be good for the Chinese people. This may be an opportunity developing for them to overthrow the CCP.

Panasonic has also relocated its production of refrigerators and washing machines to Vietnam. This is relatively sophisticated manufacturing. The R&D function for both categories is also moving to Vietnam from Japan.