Opinion: Meridian management take to the road in Australia to convince Aussie investors to take part in the forthcoming float

Opinion: Meridian management take to the road in Australia to convince Aussie investors to take part in the forthcoming float 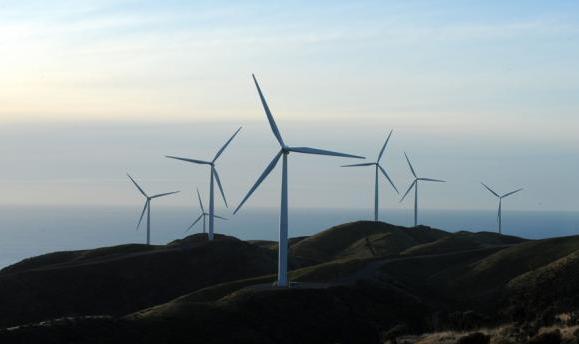 Meridian Energy management have been hitting the road in Australia to convince investors across the ditch to take part in the forthcoming partial float of the company.

The Government indicated in its May Budget that Meridian would be the next of the state assets partially (49%) floated, following on from Mighty River Power.

The float of MRP raised NZ$1.7 billion for the Government to go toward a targeted NZ$5 billion to NZ$7 billion planned to be raised from asset sales and reinvested in new state assets.

The Australian Financial Review's Street Talk column reported today that the float of Meridian had been tentatively scheduled for October.

"Knowledge about the trans-Tasman company is rather thin in some quarters, so local fundies were happy to get an insight into the prospects for the $NZ3 billion-plus float," the column said.

The preparatory work for the float comes as another energy sector-related float, for Z Energy, is launched.

Z's current owners, infrastructure investor Infratil and the NZ Super Fund (they each own 50%), stand to jointly raise between NZ$650 million and NZ$900 million, based on the NZ$3.25 to NZ$3.75 indicative price range.

At the top end estimate of NZ$900 million  that's quite a bit for a New Zealand company to be raising, albeit that it will also be listing in Australia - hence the need to get the Australian investors on board.

But the amount sought for the Z float pales in comparison with the potential sums involved for Meridian.

Based on the NZ$6.579 billion independent valuation of  Meridian produced by PwC last year, a sale of the company could net over NZ$3.2 billion for the Government. Such an amount would go a long way toward enabling the Government to make that NZ$5 billion to NZ$7 billion target for new spending.

But NZ$3.2 billion is a 'big bite' for the New Zealand market, even if institutional investors in Australia and beyond will be able to help out. The Government has indicated it might be prepared to do the Meridian float in two parts. It could do that either by issuing Meridian shares as "partly paids", for example if the share price was NZ$2.50, the investor pays half now and half in say two years time, or it could simply just sell half of the shares now and the rest later.

The performance of the Mighty River Power shares since listing has not been encouraging for the prospects for the Meridian float. The MRP shares as of today were, at NZ$2.39, still languishing below the NZ$2.50 issue price - though they have recovered in recent weeks having traded as low as NZ$2.20.

In terms over the overall sharemarket it is worth noting that between the time of MRP's May 10 listing and June 25, the NZX 50 Index measuring the share price performance of the top 50 companies, fell by over 7% - but has since recovered by 6%.

The market was shaken by news that the United States' quantitative easing programme might be "tapered", but has since recovered amid some signs that the US economy might not be recovering fast enough to enable early "tapering". So, right now market conditions are looking reasonable again for a float.

The Z float could either help or hinder the Meridian float, depending on how it goes. On the one hand it would be an encouraging sign for the market's appetite for new floats if the NZ$900 million were to be raised. But on the other hand, it would leave open the question of how much appetite for Meridian shares would be left over after the Z float.

It might be a fair bet that that Government will be taking a close look at how the Z float goes before ultimately deciding how the Meridian float should be conducted.

But probably the biggest factor will be whether some agreement can be reached on the future of the Tiwai Point aluminium smelter, which is supplied by Meridian and uses 13% of New Zealand's power.

copy paste forget.....
DH, what happened.......
Re Meridian and the afr, you got the first two paragarphs, then went to sleep on the last three.
You know the ones that say:
However hanging over the IPO is the huge uncertainty over Meridian's biggest electricity supply contract with Rio Tinto's Tiwai Point smelter .....
.......
While the IPO seems set to proceed whether the plant closes or not, the question of valuation can't be resolved until the situation is settled.

The way we read the note was that any road show will have to be repeated once things at Bluff are figured out/or not...
And naturally the success or otherwise of an IPO depends on the pricing......
We don't understand why you'd exclude that stuff, as it supports the title re hard sell, very hard to sell something if you have no idea of the price you wannt to flog it at....

But...but... I thought Mum and Dad investors were going to be queing up to buy. Oh how the narrative changes once the facts were in on the last float. Mum and Dad are broke, and up to their eyeballs in debt.

Dear, dear aren't you the gullible little chickie then