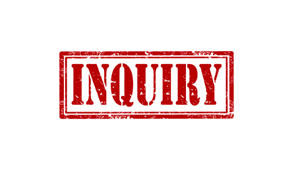 The following is taken from Ernst & Young's overview of the interim report released by the Australian Financial System Inquiry, which is chaired by former Commonwealth Bank of Australia CEO David Murray. E&Y's full report is available here.

The Financial System Inquiry (the Inquiry), chaired by David Murray AO, received more than 280 submissions from industry, government agencies and the public. With regard to the Inquiry’s terms of reference, its Interim Report (the report) released on 15th July points to 28 observations on Australia’s financial system and puts forward several propositions and questions to stakeholders for further debate.

As expected, the report has not drawn conclusions at this stage, simply proposing alternative policy options for most observations. Its overarching sentiment is that Australia’s financial system enabled a relatively sound exit from the financial crisis. However, sustaining confidence in the system is a central plank of the work of the FSI.

Post the Wallis Inquiry in 1997, the financial system has been subject to an extensive amount of change. This includes significant growth in the superannuation sector, a large amount of global regulatory reform, as a result of the global financial crisis (GFC), in conjunction with technological developments impacting the provision and use of financial services. Despite these changes, David Murray indicates that the financial system has remained strong and resilient, yet there is scope to enhance and improve the system in the future. In our view, the three main themes to emerge from the report are:

Superannuation and Retirement Income - The question is not whether change is required, but rather what policy options may be most appropriate to address the retirement income and longevity challenge.

Financial Advice - Disclosure is not the only piece of the puzzle. Rebuilding consumer confidence is likely to require an enhanced regulatory and supervisory regime - across the entire value chain of product design, manufacture and distribution.

Banking Stability - Is a significant area of focus of the report, where safety of the system and consumer confidence is deemed critical. The Inquiry is looking for options to strengthen the financial system to ensure Australia is well positioned to navigate the next financial crisis.

The report notes that it is also difficult to value a potential advantage to larger institutions over the inherent benefits of economies of scale. However, the main objective should be to reduce the extent of moral hazard in the financial system. The Inquiry asks for views on a range of potential approaches to this issue, from increasing prudential requirements and improving regulatory powers, to the unlikely and costly option of ring-fencing.

The report also suggests considering a mechanism to assess systemic risk, whereby the prudential perimeter can be flexed to apply regulation to activities that may pose systemic risk.

Competition - Larger institutions argued in submissions that competition was not an issue. In contrast, smaller players felt the application of risk-weightings resulted in larger banks having an unfair competitive advantage.

The report considers the banking sector is competitive albeit concentrated. Market competition has also benefited from a period of low interest rates. David Murray notes that, for large institutions, net interest margins and return on equity levels have not increased significantly and consumers appear to have choices. The Inquiry asks for further views on the rationale for IRB accreditation for smaller ADIs. In this regard, a number of potential policy options are raised in the report.

Financial advice - The recent Senate Inquiry into ASIC and uncertainty in respect of the FOFA reforms will be an important focus area of the Inquiry. David Murray believes the Inquiry’s interim observations are aligned with the Senate Inquiry and asks for further views on ASIC’s mandate and the appropriateness of the consumer protection framework.

The report also focuses on the failure of the existing disclosure regime to adequately protect consumers and requests options for addressing consumer loss from misconduct, including more effective regulation, stronger penalties and enforcement.

Many submissions provided commentary on consumer outcomes, including poor quality of financial advice, lack of training of advisors, financial exclusion, financial literacy and the inadequacy of PDSs and disclosure. The report calls for further submissions in relation to enhancing consumer financial literacy, minimum education and competency standards, access to low cost advice and use of technology. Potential options for drawing clearer distinctions between financial advisers, types of advice and services are also sought.

Observations made above in relation to Financial Advice are also relevant to the Asset Management and Insurance sectors.

Funding - The report discusses potential options to reduce the risks associated with Australia’s use of offshore bank borrowing. It also indicates that SME access to funding is inhibited, with a large housing bias in the system with respect to lending. The regulatory and tax factors that have limited the development of the domestic bond market in Australia are also discussed. The report outlines impediments, such as information asymmetries, regulation and taxation with respect to SME finance.

The Inquiry asks for options to mitigate risks associated with the housing market on the financial system and the economy.

Technology - Banks highlighted cyber-security and digital identity strategies as key risks. A number of banks identified that new entrants offering like products were not necessarily subject to the same regulation.

The report suggests reviewing the current strategies in place for both cyber-security and digital identities, including consulting with industry and other jurisdictions. The report also requests views on adjusting the regulatory perimeter and adopting a graduated framework, with thresholds linked to risk and scale of activity for new technologies and new entrants.

Taxation - Many submissions queried the current taxation regime and related distortions on funding. The report has summarised certain observations relating to taxation, but has deflected consideration of these to the Tax White Paper.