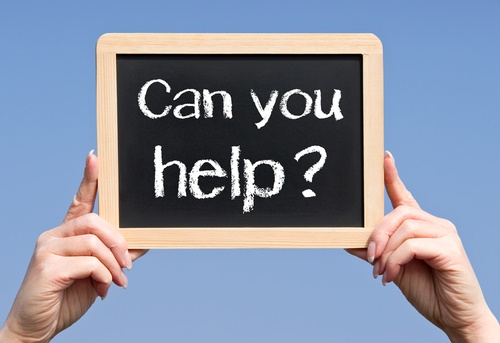 Begging the reader’s indulgence, please bear with me while we conduct a brief thought exercise: Imagine for a second you received a letter telling you that the Transport Authority had conducted a review of your driver’s license.

The letter says that having examined your stated reason for driving, insurance claims and record on the road against the department’s official definition of a driving purpose, you have been judged unfit to drive, and your licence has been cancelled.

It also explains that should you disagree with the decision, you can write to the regulator explaining why you should be allowed keep your licence, which the transport authority will duly take under consideration before reaching its final decision.

Should you still be unsatisfied, you can take the matter to the High Court at your cost. But because this is regarded as an appeal, you won’t be able to submit further evidence to the court, and nor can you substantively examine how the regulator decided you were unfit to drive in the first place.

I would imagine that most of the readers are seething at the absurdity and unfairness of the process.

But just because it is an absurdity does not preclude this bureaucratic arrangement from existing. This is the reality that many charities face when trying to gain or maintain their place on the charities register, which is administered by the Department of Internal Affairs (DIA).

This situation was brought to light in The New Zealand Initiative’s latest report Giving Charities a Helping Hand, which analysed more than a decade of charities regulation. The report found that despite a significant amount of legislation being passed into law in that period to improve the functioning of the sector, the result has been to stack the regulatory odds against small legitimate charity groups.

A large part of this problem stems from how the regulator decides what is and is not a charity. Under the Charities Act of 2005, any purpose can be considered charitable “whether it relates to the relief of poverty, the advancement of education or religion, or any other matter beneficial to the community” provided it delivers a public benefit and not a private one. Charities are allowed to pursue non-charitable purposes, but these have to be ancillary to their main charitable purpose.

While this may appear to be a bright line distinction, it is open to interpretation, and DIA (through the Charities Registration Board) has opted to take a very narrow interpretation of this definition, one that appears to overweight ancillary aims.

As a result, the Sensible Sentencing Trust has found its registered charity status threatened because it lobbies for tougher criminal sentences (a non-charitable purpose), even though the bulk of the organisation’s work is to provide support services to victims of crime.

A Queenstown District Lakes programme to provide social housing to workers from the lower socio-economic strata was also deemed to confer a private benefit. The National Council of Women of New Zealand also lost its place on the register because its advocacy for gender equality was deemed non-charitable. It was readmitted several years later despite the fact that its purpose, constitution and activities had remained unchanged.

Complicating the picture are strict tax rules. These state that any group stripped of its registered status is liable to pay tax on any assets held 12-months after the last appeal has been exhausted, and any income earned from that point is also assessable for tax. This is entirely reasonable, since only bona fide charities should be eligible for the income tax exemptions and the other privileges that are extended to these groups to encourage their work.

However, it doesn’t work in practice where an overly strict definition of charitable purpose means many legitimate charities fall short of the regulator’s test and the law only allows for a limited scope to appeal this decision. This makes it is easier for groups that have lost their place on the register to sell up and distribute the proceeds to their causes instead of fighting their case through the system.  The National Council of Women of New Zealand are the exception, but only because they had the resources and pro bono support of a charities lawyer to challenge the regulator in the High Court.

Perhaps the most galling finding of the report is that these problems are well known.

In 2010 the National-led government promised to conduct a thorough review of the legislation to see what parts were working, and what needed amending. But two years later the government reneged on this promise, citing concerns over the impact a more generous definition of charitable purpose might have on the government’s tax revenues.

Although these fiscal concerns may be valid, particularly as the government has missed its 2015 surplus goal by the thinnest of margins, they need to be matched by a recognition of the important work that charities do in our economy.

That is an incredible amount of good work, and if the government continues to crack down on legitimate operators, some of this will fall on the state to provide, which has its own implications for the fiscal expenditure side of the ledger.

This is why we need Minister for the Community and Voluntary Sector Jo Goodhew to put the review of the Charities Act back on the table. It would not even have to be a complete review, although this would be the best outcome. The government could leave the definition of charitable purpose alone, and just fix the parts of the appeals process that are so obviously unfair. One solution would be to allow charities to challenge the regulator’s decisions at a far lower level, say at the District Court, and have every cases assessed from the start, as they do in the Environment Court.

Ultimately we need regulation and a regulator that works for the sector, not against it. That engenders public trust, nor erodes it. A fair assessment of the legislative arrangements in place at the moment suggest that there is still work to be done before we get there.

*Jason Krupp is a research fellow at the New Zealand Initiative. This is this week's NZ Initiative weekly column for interest.co.nz.

I bet it's charitbale status is being looked at now.....but only because the media (TV3) raised the matter...not due to any great work by those charged with the task.

I tend now to blow past the various collectors with a courteous but firm NO.
Charities spring up as someone photogenic stubs their toe, high profile celebrity ambassadors are roped in and raising awareness executives are handed brown paper wrapped packages containing as much of the grant funding as can be stuffed in there. Volunteers are told how important their work is and it all gets put on the primetime news. The government gets to send ministers for photo op's and claim their funding is doing wonderful things.
It all goes to keeping some in the manner to which they are accustomed.