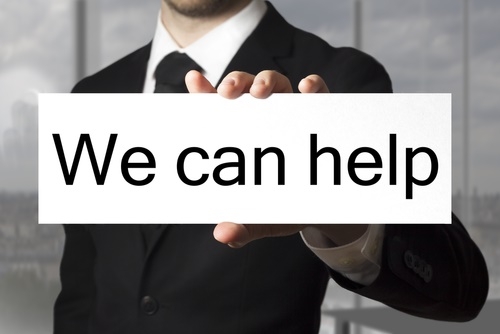 Judging by the excitement the Government’s announcement on social bonds has created, a revolution in social services must be just around the corner.

According to critics like Labour’s Annette King, social bonds amount to a covert “privatisation”of the sector. She also claimed that when things went wrong, taxpayers would be picking up the tab.

The CTU’s Eileen Brown deplored “private profit crowding out public goods”. Meanwhile, the Public Service Association accused the Government of “putting profit before people”. These would be serious accusations if they were not so misinformed and misleading.

So let’s get the record straight on what social bonds actually are and how this scheme fits into the broader context of public services in New Zealand.

The first thing to note is that if this were the death of public services, it would be a death by a million cuts.

The Government currently spends around $34 billion a year on social services so the introduction of $29 million of social bonds programmes is a drop in the ocean. In other words, we are talking about 0.09 percent of the sector that is to be opened to private service providers. Hardly revolutionary stuff and certainly not quite the full-scale privatisation that the critics fear.

The accusation that taxpayers would be picking up the tab for failing social bonds schemes is not misleading but plain wrong. In fact, protecting taxpayers’ money is a built-in feature of social bonds. Under these schemes, government only ever pays for successful projects meeting agreed targets.

Where there is no success, taxpayers do not have to pay for it. It is as simple as that. What social bonds really do is allow the Government to use private providers in the delivery of social outcomes. Government may want to stop prisoners from reoffending or help people with mental illnesses find a path towards employment. Instead of trying to achieve these outcomes itself, it would invite investors to pay for service providers to work on these issues.

Only once they have delivered outcomes would the Government pay back the investor. Depending on how much was achieved, investors would also be paid a profit. It is this profit that most social bonds critics condemn. However, if they have a problem with profits, it only shows that they do not understand the need for profits in this case.

They probably struggle to come to terms with profits as an economic concept. So let’s get this straight: An investor in a social bond scheme stands to lose their investment if the projects fail. Fair enough. But where there is such a possibility, why would anyone be willing to invest in social bonds at all if there were not also a gain to be made?

A chance of total loss and no chance to gain do not sound like an attractive proposition. A profit is also needed because it is an incentive for better performance. A service provider might find jobs for 100 or 200 people with mental illnesses. If placing 100 and 200 paid the same, why bother finding an extra 100 jobs after you have already fulfilled your quota? The most ludicrous argument against using profits in the context of social services, however, is that they are somehow immoral.

And at least at first sight, it almost sounds plausible: Why would we want to let anyone benefit from the misfortunes of others? Well, as it turns out, we do so all the time – and few people would find anything wrong with it. Undertakers make their living off people dying. Doctors and nurses generate incomes from people suffering diseases. Grocers and bakers make their money because people would otherwise go hungry. Taxi drivers charge you for their services even if you need them to visit a friend who needs your help. In each of these cases, we accept that money is made from the needs of others.

We would not suddenly tell doctors they could not charge for treating cancer patients just because they should not make money from a disease. The reason why we normally accept income and profits being made is because we know that they make people work. Without a salary, few of us would still turn up for work the next morning.

Or, to say it with Adam Smith, “It is not from the benevolence of the butcher, the brewer, or the baker that we expect our dinner, but from their regard to their own interest.”

Social bonds, contrary to what their critics believe, are an exciting addition to social services. They have the potential of helping some of the most vulnerable people in society. They allow taxpayers to only pay for what works. And yes, they allow investors to make a profit. And that’s a good thing, too.

* Oliver Hartwich is the Executive Director of The New Zealand Initiative.

Without your salary just what do you think you'd be doing....?

Asks the 46yr old who doesn't need a salary.

Oliver Harwich's claim that no cost to govt in the event of failure of a social bond is just plain deluded.

Take for example the proposed experimental proposed social bond on mentally ill people. If the social bond outcomes are not achieved, maybe the investors take a bath but it will be left for the govt to pick up the pieces and that will cost.

I do wonder on who the "investors" will be that risk taking a bath. I'd suggest that such service provision is risky and difficult to do so unless there is a substantial reward why do it? Next, how is success judged? and who by? By this I mean if it was that easy to determine surely the same methods could be applied to publicly funded services thus fixing them?

I laugh every time someone suggests that the private sector can do something better than the public sector - because if you look at the highest median income in New Zealand ... geographically, it's in Wellington City!!!!!

So if government and its city full of public servants is so bloody useless at everything they attempt to do - why do they get paid so much?

Point is they are not at all incapable - they are in the main quite capable individuals, well educated and well paid. They simply need to be focused on outcomes and service delivery (i.e., doing 'real' things, rather than managing the sub-contracting process for the doing of 'real' things).