Shaun Twaddle shows how other regions can garner the benefits Auckland is getting from attracting students to study locally
18th Aug 15, 4:41pm
by Guest 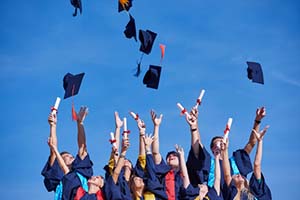 International education is increasingly becoming a key contributor to New Zealand’s economy, especially as international student numbers are forecast to grow from 110,198 in 2014 to be north of 212,000 by 20251.

But while the impact at a national level is resoundingly positive, the impacts at a regional level are much more varied.

The cynic would say that the focus on international education is yet another contributor to increasing regional inequality and that Auckland is the only region really benefiting.  But is this actually the case?

Why the increasing regional interest in international education?

Although international student enrolments have increased in recent years, and are likely to continue to increase, the same can’t be said of domestic student numbers of late.  Virtually across the board, with the exception of sectors like construction and infrastructure, almost every tertiary education provider I have spoken to over the past several months has referenced the drop-off in domestic students.

It is not surprising then that regions and tertiary education providers are keen to get international students, grab a share of the corresponding economic benefit during their stay, and hopefully turn these students into productive workers in their region post-study2.

It comes as no shock that the two government funded regional growth studies published so far this year, for Northland and the Bay of Plenty, have identified increasing international student numbers as providing opportunities for economic growth.  I would be surprised if the next regional growth study report for the Manawatu-Wanganui region, did not come to the same conclusion.

Actually, I would be surprised if this wasn’t the case regardless of the region being focused on.

Who is doing well?

There are a number of ways to look at which region is doing well out of international education.

Infometrics is committed to doing the above in detail for our clients, but to get a quick sense of what is going on regionally, consider the following.

Is it simply just universities and polytechnics driving growth in certain regions?

This begs the question – is Auckland’s growth in international students at PTEs representative of what has occurred in other regions?  Well, not uniformly – Canterbury, Nelson, Hawke’s Bay, Manawatu-Wanganui also had strong growth between 2013 and 2014, largely due to an expanding PTE presence in these areas.  However, as was the case with overall international students, the number of international students at PTEs in Otago declined, while growth at PTEs in Wellington was negligible.  This underperformance in Otago and Wellington was largely as a result of static to declining PTE capacity in these areas.

Growth in international student at PTEs (including English Language Schools), 2013-2014

Auckland has done well relative to other regions and has an advantage in attracting PTEs by virtue of its sheer size, large East Asian and Indian populations and being New Zealand’s ‘gateway’.  This helps in attracting higher spending Chinese and Indian students.

So how do other regions catch up to Auckland?

As we all know, this is easier said than done.  However, regions need to ensure they are not only putting resources into growing international student numbers at existing tertiary providers and schools, but they should also look at ways  of encouraging PTEs to set up shop in their region.  One possible avenue to consider is making regions more attractive by encouraging English language schools to your region by outlining the benefits to international students of creating pathways for international students from targeted PTEs to higher level ITPs and Universities.

Shaun Twaddle is a senior economist at Infometrics.  This article originally appeared in Infometrics’ newsletter and has been republished here with permission. You can contact him here »