Infometrics sees looming large construction projects shielding the economy from drought and weaker global demand for our commodities
20th Oct 15, 11:20am by Guest 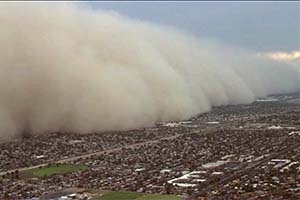 With the probability of a strong El Niño this summer sitting at 99%, the prospect of an impending drought has darkened our outlook for growth in 2016.

Businesses are already putting up the shutters, with the global economic growth harvest falling short of expectation and demand for dairy products having all but dried up in the 2014/15 season.

But with people arriving in droves to till the land, and rapid construction in Auckland and Canterbury keeping the wind out, GDP growth is only expected to slow to 2.0% pa in the year to September 2016.

With money to be made on the great plains of New Zealand, a net 60,290 people moved here over the year to August. Some of these migrants are returning from Australia, whose mineral-rich soils have produced a less bountiful harvest in the last few years, while others have been called to work on Canterbury’s earthquake-damaged estate or to add to Auckland’s housing and office buildings. There’s also a bunch of students, who are now able to spend more time working after school that has boosted migration numbers.

Although happy with the economic harvest thus far, businesses are less confident about the year ahead. Export returns are expected to shrivel under the heat of the El Niño drought. Dairy farmers are particularly unlikely to push for higher production, with China’s attempt at watering its economic activity with higher consumption (which previously involved a lot more milk) falling to the whey-side. The shade of the lower exchange rate will protect some exports from the blistering heat, with wood, meat, and tourism exports already faring better this year.

But as the drought sucks the life out of key agricultural returns, activity will slow. Fortunately, the large amount of construction activity set to take place over the next two years will shield part of the economy from the storm of drought and weaker global demand for commodities.

The Reserve Bank is having a hard time getting its consumer price crop going. With inflation below the Bank’s 1-3%pa target, the Bank has cut the OCR to try and fertilise the economy. With GDP not doing as well in the heat, we expect the Bank to keep the OCR at 2.5% through until late 2016.

Weaker economic growth bodes poorly for local taxmen, who will find it difficult to collect as much grain for their coffers following the summer storm.  Under an English lock and Key, there was a small surplus in the fiscal accounts in the June 2015 year, but slower growth in GDP will whittle the fiscal accounts back into deficit by 2016.

The gradual transition in the New Zealand economy’s mix of growth that we had forecast has been brought forward.  Weaker global demand combined with a sharp depreciation in the New Zealand dollar is changing the incentives faced by households and businesses.  When these factors are combined with a drought during 2015/16, they will drive down growth in consumer spending, non-building investment, and imports.  However, further strong net migration inflows and a lift in building activity will help prevent the economic slowdown from turning into a rout.  Following the drought, economic growth will pick up even as building and population growth slow, with the faster growth largely due to rising exports and improving domestic demand. Overall, GDP growth will average 2.9% pa in the two years to March 2018.

Construction activity is one of the brightest spots for the New Zealand economy at the moment. Growth in total activity eased to a four-year low of 2.0% pa in the June quarter, but recent consent results for both residential and non-residential construction indicated a renewed acceleration over coming quarters. Year-end growth in activity is forecast to climb to 11% pa in the second half of 2016, with activity peaking in mid-2017 some 25% above its March 2008 high. Non-residential rebuilding work in Canterbury will be joined by strong growth in construction across the board in Auckland – upward revisions to building work in New Zealand’s largest city are a key change to our forecast outlook. Activity is forecast to ease 6.0% in the June 2018 year as shortages of residential and commercial space become rectified.

Vehicle sales to decline throughout 2016

Ongoing strength in car and commercial vehicle sales has been surprising over recent months given weakening economic conditions and the tapering off in consumer and business spending intentions. Nevertheless, these factors, coupled with higher car and truck prices from the sharply weaker New Zealand dollar, are likely to see vehicle sales fall in 2016. As economic conditions improve over 2017 there should be some stabilisation to vehicle sales. Our forecasts show that total car sales in the year to March 2018 will be running at just under 220,000 pa, compared with their current level of around 237,000 pa. Total sales of new commercial vehicles are expected to have moderated from 36,000 pa to 33,000 pa over the same period.

Given such an optimistic forward growth outlook it would only be fair to revisit the RBNZ's defence of it's neutral interest rate call. How else to bolster current expenditure deficits? Or is it a case of demanding the wealthy rid themselves of capital to fill the gaps?

These estimates suggest the nominal neutral 90-day interest rate sits between 3.8 and 4.9 percent currently. The mean of these indicators is 4.3 percent. The Bank currently judges that the nominal neutral 90-day interest rate sits at 4.5 percent - within the range of estimates and close to the mean of these estimates. This implies that current monetary policy settings are expansionary, although these models highlight some emerging risk that the neutral interest rate is falling further. The Bank will continue to use these five methods, along with broader monitoring of the economy, to help identify any possible changes in the neutral interest rate. Furthermore, the Bank will continue to look for ways to improve its estimates, including the development of other estimation methodologies. Read more