Geoff Simmons says regulation is important, but unless it is nimble and well managed it can become a bigger problem than whatever it was intended to solve

Geoff Simmons says regulation is important, but unless it is nimble and well managed it can become a bigger problem than whatever it was intended to solve 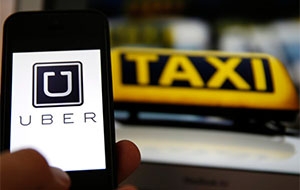 Regulation is important, but unless it is nimble and well managed it can become a bigger problem than whatever it was intended to solve.

We’ve seen one example of that in with minimum parking requirements, but another, much bigger regulatory hurdle is faced by the disruptive ‘personal transport service’, Uber.

Where have you been? Uber is a smartphone app. It matches people who want a ride with people who have cars, cutting out the middle-man (i.e. taxi companies). In theory, anyone driving around would be able to pick up anyone who needs a lift.

Are you thinking what I am thinking? First up, taxi companies are toast – Uber is cheaper and easier to use (note: don’t call an Uber driver a taxi, they will be insulted). The flagfall tends to be around half that of taxi companies and the rate per kilometer – depending on the city – can be less than two thirds that of taxis. Uber drivers have flexibility over their shifts and are incentivised to drive in times of peak demand – because the rates are higher in those times. Taxi companies point out variable prices mean they might spike at times, but it is just the market in action, and helps ensure there are more drivers in peak times.

Car ownership might also go out the window too – why would you bother owning an expensive car in a city when you can get around cheaper and easier without it? For those living in the central city, Uber and public transport could encourage people to ditch their cars. Given that rates of car ownership and distance traveled have been flat in recent years, Uber could help maintain these trends or even help them head south.

But that doesn’t sound safe!

If you haven’t used Uber you probably think that doesn’t sound safe for either the driver or the passenger, a perspective that taxi companies are keen to capitalise on. What about assaults and passengers leaping out without paying? That is the genius in the approach. Thanks to credit cards loaded into the app, no cash changes hands. All users are registered and insured, and both drivers and passengers rate each other after each trip – so you can see the record of the driver or passenger before you agree to the trip. Drivers have background checks, and are banned if they do something dodgy. Like Trade Me, reputation is king.

It also depends on how you define safety. Uber claims it has some early wins in cities where it is up and running. They have seen falls in drink driving in the cities with an established network – for example a 10% fall in Seattle. It is simple economics – by reducing the cost of getting around, people are less likely to take the risk of driving drunk.

Uber is an ingeniously simple solution to a problem that in the past has required a whole raft of legislation. And now that legislation is part of the problem.

Given the safety risks with taxis, governments all around the world have regulated taxi companies. There are car checks, license checks, criminal record checks, cameras, GPS, and driver tests. Our regulation is not as bad as many countries, but it is still an issue, which is why it is currently being reviewed by the Minister.

According to Uber it can cost $1500 and take 1-3 months to get all the necessary paperwork together to become a licensed and endorsed driver. Clearly some of this is just red tape, but also some are the regulations that have risen up to safeguard the age old problem of taxi driver and rider safety. None of this regulation accounts for new technology, which has solved many of the safety issues to the satisfaction of many customers.

Again this is simple economics – the higher these barriers are, the fewer drivers there will be, and the higher charges will be to recoup the cost. Regulations are certainly needed for safety, but they need to be fit for purpose.

Taxi companies argue that Uber should face all the safety regulation that taxi companies face, but Uber argues they should be regulated on their outcomes rather than the processes they use. Regulating on process, as farmers argue on water quality, just reduces innovation and increases cost. Given the success of Uber around the world, and the sheer quantity of trips they have each day to test their procedures, their argument seems sensible.

If we take it to the logical extreme, a system like Uber could completely change the way we get around. Lets look at an example:

After the World Cup rugby final, thousands of tipsy rugby fans poured out of Eden Park and headed towards the centre of Auckland to celebrate. Public transport and taxis were overwhelmed despite the predictability of the situation. The private market stepped into the breach – private vehicle owners started offering people a lift into town – for a charge. It was convenient, logical … and illegal.

The safety issues in this example are obvious. But if these safety questions could be answered, you can start to see the potential for ‘ridesharing’. Around two thirds of journeys made only have a driver in the car. This is incredibly expensive for all concerned – not only in petrol but when you factor in the full cost of car ownership and parking. Then consider the wider social benefits from having fewer cars on the road; reduced congestion, accidents, carbon emissions and no need to build expensive new roads.

Despite all the effort to encourage carpooling it simply hasn’t caught on. At the moment people offering ridesharing are prevented from charging any more than the IRD standard mileage rate for cars – 77c per km. Coordinating this stuff is difficult, and why would you do it without something to gain? If this regulation was removed and a few simple safety checks put in place, then the power of Uber could be unleashed to help people move around more efficiently.

Of course, all these regulatory barriers could one day be a moot point. With the rise of driverless cars, the potential exists to have a much smaller, more efficient car fleet. These unnecessary regulatory barriers pushing up the prices of road transport will only hasten the development of this technology.

Geoff Simmons is a senior economist at the Morgan Foundation. This article was first published on the blog garethsworld.com and is re-published here with permission.

All the tantrums, hysteria and scaremongering from the taxi industry is just their death throes. They have brought about their own demise by creating the barriers to entry in protection of their racket and those barriers are now prevent them escaping the rut. Poor working conditions and often outright exploitation of drivers, anti-competitive pricing, lax presentation standards and little respect for their customers are all part of the taxi experience. Who among us has not had a poor taxi experience and would have liked to pass on our comments to effect change but knew that it would all fall on deaf ears and no change would occur so did not complain. Taxi owners let it be known, you may have your laws, but you do not have popular support and we know your claims on safety are not credible. I don't think you will be missed.

Uber is the latest company to risk public anger after paying £22,134 in UK corporation tax last year despite making an £866,000 profit. Read more

Used Uber in Melbourne from Brunswick to the airport. It was slightly more expensive than the taxi from the airport to the same address, which I think was due to the taxi driver not using the highway. The Uber driver definitely had the nicer wheels and attitude. Also, he was an Indian guy who had previously worked as a cab driver in Adelaide. Incredibly punctual and personable.

I've taken a taxi from Auckland Airport to the North Shore at a cost equivalent to taking the bullet train from Tokyo to Nagoya (350 km). Go figure.

Uber type apps do seem a considerable advance on taxi type services. Nevertheless it should not be all that difficult for established companies to compete. I have an Auckland Coop taxi app on my phone, and that app does some of what Uber's does, while it would not be a big step for it to add the extra features. As I understand it, software has already been developed for taxi companies to use in order to do so.
Uber now has an established brand, but also takes a 20% margin for that brand and software. Existing and new entrants should not find it all that hard to compete, even if their service will have changed considerably from what it was say 10 years ago.