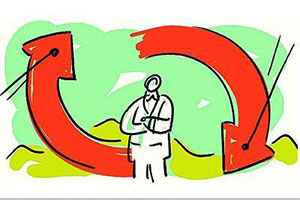 This article was originally published by The Treasury as a Special Topic in the October edition of their Monthly Economic Indicators.

The New Zealand Government recently achieved a surplus on the operating balance before gains and losses, one of its key fiscal targets. This topic examines the international experience with fiscal targets and draws lessons for New Zealand.

For more than two decades, fiscal policy has been conducted in New Zealand within a framework that emphasises transparency as a key to ensuring fiscal responsibility and sustainability. The principles of responsible fiscal management in the Public Finance Act 1989 have included a requirement for a prudent level of public debt and balancing operating revenues and expenses on average over a reasonable period of time. New Zealand’s fiscal targets have evolved to reflect changes in the state of Government finances, the achievement of previous targets and the country’s economic performance.

The Government sets out its fiscal strategy in the Fiscal Strategy Report,[1] which identifies the fiscal priorities and sets out short-term fiscal intentions and long-term fiscal objectives.

The Government has used a range of targets to support its fiscal strategy, most notably to achieve a surplus on the operating balance before gains and losses (OBEGAL) in 2014/15, and to reduce net debt to a level no higher than 20% of GDP by 2020 (and then maintain net debt within a range of 10-20% of GDP). Other goals have included reducing expenses as a share of GDP to below 30%, managing spending and revenue decisions within operating allowances and funding new capital expenditure from the Future Investment Fund.

On 14 October 2015 the Government released its year-end financial statements, showing that the target of achieving surplus in 2014/15 had been met. This target has been a key fiscal anchor in recent years. The target has focused attention on managing operating revenue and expenses and helped turn around a large fiscal deficit.

The achievement of surplus in the 2014/15 fiscal year provides an opportunity to review the current suite of targets and consider whether any changes may be desirable. The objectives of fiscal policy are useful in evaluating fiscal targets and framing the thinking about what the optimal target might be. To elaborate, targets should promote:

Fiscal targets therefore need to balance the objectives of fiscal control while also enabling sufficient flexibility for the operating balance and debt level to fluctuate over the economic cycle. Targets should also be readily understandable by policymakers and the public to promote accountability.

Lessons from other countries for New Zealand

The Treasury has looked at the implementation of fiscal rules in other countries to inform thinking about the future of fiscal targets in New Zealand.[3] Fiscal rules have become more prevalent in recent decades. In the early 1990s, there were only seven countries with fiscal rules in place, but the number increased rapidly, particularly in the late 1990s and early 2000s. As of 2014, 85 countries had some form of fiscal rule in place. Budget balance rules and debt rules are the most common, followed by expenditure rules (such as spending caps), which are particularly prevalent amongst advanced economies (Figure 8).

Most countries have more than one rule in place currently, and the average number of rules has increased over time. This trend partly reflects efforts to broaden fiscal arrangements as debt rules alone proved insufficient in providing operational guidance. The majority of advanced economies have at least a debt rule and budget balance rule (particularly EU members) and these often adjust for the state of the economic cycle. Although many countries adopt budget balance and debt rules, there is still considerable variation in the way these rules are defined and enforced.

The global financial crisis (GFC) highlighted numerous fiscal challenges. Following the GFC, many countries have reformed their frameworks either by overhauling existing rules or adding new ones. The new rules have been set to reassure markets and support credible long-term adjustment efforts or to build on pre-crisis reform efforts. These so called “second-generation” fiscal rules have the objective of combining sustainability with flexibility in response to shocks. A key rationale for the implementation of these types of rules has been to avoid fiscal policy becoming procyclical.

There are different approaches across countries to making fiscal targets more flexible. For example:

There has been an increase in the number and complexity of rules, and this has made it difficult to monitor and communicate compliance with rules. In the case of cyclically-adjusted balances there are additional challenges with real-time measurement and communication. Further, it is yet to be seen how these “‘second-generation” rules will perform when faced with future shocks.

Many countries have introduced fiscal councils or reformed budgetary procedures and medium term frameworks. Fiscal councils in particular have been effective for countries where there is not a strong track record for fiscal discipline and fiscal forecasts are perceived as lacking credibility.

Following the GFC there has also been increased attention on fiscal-monetary policy interaction, because monetary policy in some countries has been constrained by the zero lower bound for policy interest rates. This has led to suggestions by some academics that fiscal rules should be contingent on whether interest rates are constrained by the zero lower bound.

The Government’s target for an operating surplus in 2014/15 has been met. It is timely to review the fiscal targets to ensure they are best suited to New Zealand’s current economic and fiscal circumstances.

Most countries have some form of budget balance and debt targets. In addition to fiscal sustainability, international practice has put increased emphasis on fiscal targets that support economic stability.

Fiscal rules alone do not guarantee improved fiscal outcomes. They can help reinforce a broader political and public commitment to sound public finances. Fiscal targets, as they operate in the New Zealand context, can help to provide anchors for the fiscal strategy. This supports transparency and accountability of fiscal policy.

This article was originally published by The Treasury as a Special Topic in the October edition of their Monthly Economic Indicators.

It is never a good idea to waste money on government services, but there are other ways to measure and encourage non waste than to aim at a fiscal balance target. In referring to Europe, and the Euro zone in particular, as a model, Treasury are surely having a laugh.
Remember that for every dollar the government is in surplus, the private sector must have increased its debt, or we need to have had a current account surplus- and we haven't had one of those for over 40 years. So by being in balance fiscally, and with a multi billion current account deficit, the private sector has to have increased its debt, or sold assets, by those multi billions of current deficit.
And monetary policy has to do the economic heavy lifting, hence very low interest rates here and elsewhere.
Meanwhile some mainstream economists globally have seen through the nonsense of these policies, such that I expect some change internationally.
see Lord Adair Turner, a former head of the UK's FSA, and member of their monetary policy committee:
http://ineteconomics.org/community/experts/aturner
In his new book, Between Debt and the Devil: Money, Credit, and Fixing Global Finance
http://press.princeton.edu/titles/10546.html
Turner very simply debunks much current fiscal/ monetary policy. And yes, in certain circumstances- namely now- he advocates helicopter money as a much better solution than ZIRP.
Our Treasury seems very conservative, and fighting old battles.