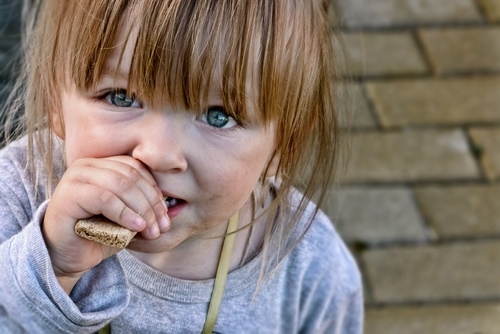 Parenting books are full of advice about how to raise your kids. Much of it is obvious: You should love them, instil in them a love of learning, let them take risks, and teach them to be resilient over adversity.

Let’s start from the basics. While there is much you can do to ruin your child if you are a terrible parent, or if you choose a terrible parent as partner, most of us are not in that boat. Instead, we worry a lot about the extras that we might provide to give our kids a boost over others – and whether we have ever done enough. The high-intensity “tiger parenting” approach has its fans.

And so economist Bryan Caplan argues that too many parents turn parenting into a really costly activity. Making sure that your kid gets into just the right pre-school programmes and does the right extra-curricular activities is a ton of work. He argues instead that parents who can afford them could do better by having more children and having more fun with each of them rather than making your life, and their lives, miserable by forcing them into endless extra lessons.

There is a reasonable science backing Professor Caplan’s strategy. Most of your children’s characteristics, for better or worse, are fairly fixed from birth – so long as you aren’t a terrible parent. To take a farming analogy, there is a limit to how much you can improve your crop yield through ever more intensive farming – but you can almost guarantee a poor harvest by spraying your crops with the wrong weed-killer.

A perhaps surprisingly large proportion of our characteristics are simply inherited from our parents. How can we know this when children share both genes and a home with their parents? Scientists look to differences between fraternal and identical twins, and especially twin pairs that were split at birth to different adoptive families. To summarise that literature in one line: what we can explain about differences in children’s intelligence, personality traits, and other outcomes mostly comes down what they’ve inherited from their biological parents.

Choosing the right spouse is important, but so too is that there be a partner.

Households with two parents can provide two incomes, or one income and substantial assistance at home that allows the parent in employment to put in the longer hours that lead to higher earnings. Measured household income will then be higher in two-parent households.

America’s Brookings Institution, a centrist think-tank, together with the American Enterprise Institute, released a report last week stressing the importance of two-parent families in ensuring better outcomes for children. They show that stable families are important in improving children’s later social mobility and in avoiding poverty. Across the US, those states with a greater share of married parents saw stronger upward mobility for lower income children; those states also reported stronger growth in median family income.

New Zealand’s teen pregnancy rates have declined substantially. Teenage pregnancy rates peaked in 1972, with almost 7% of girls aged 15-19 having a child. By 2014, that dropped to under 2%.

But the decline in teen childbearing has coincided with a substantial increase in the number of births outside of marriage or civil unions. Where close to 90% of births in 1968 were to women who were married or in a civil union, that figure was just over 50% in 2014. Data easily available from Statistics New Zealand does not distinguish sole-parent births from births within committed de facto relationships, but the trend remains striking.

While single parenthood carries stronger risk of worse outcomes for children, policy can work against developing committed relationships. A woman partnering with her child’s father risks losing many household-income dependent benefits. Working for Families support is clawed back for those single mothers in work; accommodation supplements depend on a partner’s earnings, as do childcare subsidies and, obviously, sole parent support payments.

Benefits targeting those most in need necessarily focus heavily on children in sole parent families as that is where need disproportionately is found. It would be wrong to blame children for their poor choice of parents, and so policy tries to counteract those harms.

At the same time, this targeting can mean parents are worse off, at least in the short term, by being together rather than apart. The same policies that focus support on those most in need can work to perpetuate that need. In some cases, where parents are hiding their relationship to avoid losing benefits, children will have to pretend that their father is not really part of the family. And there is less reason to be as careful in choosing the right partner at the outset if you know that you will be penalised for staying together.

The tension between targeting benefits to those in most need and encouraging strong families is a real one. The need is easy to see – and is often highlighted in reports like the Child Poverty Monitor. But moving towards solutions takes work more like the AEI-Brookings report, and a willingness to talk about the importance of family.

Which is why universal (i.e., non-targeted) benefits make so much more sense. We have the perfect model in the NZ universal superannuation scheme - our rate of elder poverty is one of the lowest in the OECD. Why we continue to ignore this evidence is beyond me.

kids don't vote. and last time I checked there were no kids in Parliament.

are you sure on that, try watching question time its like an out of control kindergarten , led by chief pony tail puller screeching and carrying on like he has not had his afternoon nap

The genetic component has been nicely summed up as:

'You have been handed a exposed but undeveloped photographic plate. You can develop the image in many ways, but you cannot change it'

I think it was quoted in one of either Steven Pinker's or Nicholas Wade's books and has always seemed a good analogy to me.

Fully funding schools and education is one important way for governments to circumvent bad parents and provide for kids from at-risk homes. As well as for all children
http://www.nzherald.co.nz/politics/news/article.cfm?c_id=280&objectid=1…

Govt fully funding schools is a form of good QE, which has great social benefits, eventual good economic benefits, and helps lift children out of poverty by providing equitable pathways. And the cash does not go into corporations coffers or into asset bubbles.

Why is this current govt cutting real adjusted spending at such a critical time and so focussed on the deficit? That will be the least of their worries if relatively high interest rates and tight fiscal policy tighten things too far.

Eric: are the Brookings-AEI studies based on natural/quasi experiments? I can understand why bad outcomes are correlated with single parent families, but to be honest, concluding that two parent households cause better outcomes just does not pass the smell test. Parents often seperate for very good reasons. Is it better for a child to grow up in a single parent home, or a home with two parents that don't really get along (I am pulling my punches here in the interest of civility. You can imagine what kind of things happen in unhappy partnerships. It goes beyond the occasional heated argument.)

They're there looking less at divorce and more about the choice to have a child where there's never been a partner, or while in an unstable cohabitation arrangement. Totally agree - divorce better in many circumstances. But that's a different thing from choosing to have a child before being in a committed relationship.