Cameron Preston questions why the Government's increased its pot of 'petty cash' 10-fold in the last 7 years, spending more in the name of 'unexpected circumstances'

Cameron Preston questions why the Government's increased its pot of 'petty cash' 10-fold in the last 7 years, spending more in the name of 'unexpected circumstances'
25th Jan 16, 3:33pm
by Guest 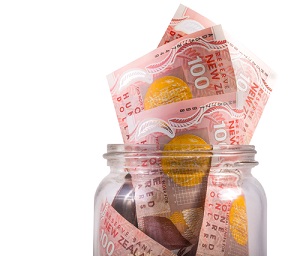 It is a long-standing constitutional principle that Parliament approves the spending of your hard earned tax dollars.

Each May, on budget night, ‘mini budgets’ are produced for government spending, debated and later passed into law.

However there will always be unexpected circumstances that require some flexibility throughout the year, after all you don’t want to have to call for a vote in the House every time a public servant loses their stapler.

Hence Parliament approves a ‘petty cash’ tin each year, or to give it its full name a “general contingency provision for currently unforeseen expenses”.

The petty cash tin is included in the second Imprest Supply Bill passed each year.

While there are other components of the second Imprest Supply Act which are procedurally required, for example to cover demand driven changes to, or fiscally neutral transfers between existing ‘mini budgets’, it is the petty cash tin portion of Imprest Supply 2 that has caught my eye:

Over the last seven years, starting in 2009/10, the amount of petty cash in the tin has increased ten times, from just under $1bln to just under $10bln.

It is important to point out that Parliament does eventually validate this petty cash tin expenditure.

However unlike the mini-budgets which are debated and agreed before expenditure is incurred, petty cash expenditure is debated after the fact, sometimes more than a year later.

Anyone who has ever tried to have a debate with someone who has already spent money from a petty cash tin, will know how pointlessly that debate often ends.

So here are few fundamental questions in relation to the Crown’s petty cash tin:

By way of example in 2010/11 the petty cash tin was made up of $1.8bln for “currently unforeseen” operating expenditure, $3bln capital expenditure and $0.3bln capital injection, totalling a not insignificant $5.1bln.

Treasury documents dated 30 July 2010 show $800mln of the $1.8bln relates to the weathertight housing (leaky homes) package which “we assess this as approximately a 50% chance of occurring”.

$1.9bln of the $3bln capital contingency is “..relating to a potential appropriation for a loan for South Canterbury Finance of up to $1,900 million. These form part of the contingency because they will be commercially sensitive at the time the bill [imprest supply] is introduced”.

As it transpired, a loan was not provided to South Canterbury Finance when it collapsed just a few months later, a guarantee that was expensed and provisioned in the previous year used was instead.

However the leaky homes expenditure was made out of Petty Cash.

On the 23 June 2011, just a week before the Petty Cash tin expired for that year, a further $1.7bln was withdrawn, without parliamentary debate or consultation, to declare a residential “Red Zone” in earthquake damaged Christchurch.

The paperwork for that petty cash withdrawal mysteriously went missing in the Minister of Earthquake Recovery’s Beehive Office, only to reappear 2 ½ years later during a Court of Appeal trial into the legality of the Red Zoning decision.

The Controller and Auditor General is not clear on who is controlling or auditing the tin, however her position is that it is Parliamentary issue:

“3.20 The Appropriation (Confirmation and Validation) Act, which is introduced after the end of the financial year, allows Parliament to retrospectively confirm or validate all unappropriated expenditure incurred during the year, whether it was incurred with or without the proper authority.”

“the contingency provision in the calculation of Imprest Supply limits is to cover both Cabinet decisions and technical changes. It is a general provision to cover unforeseen circumstances”

What is ‘unforeseen’ versus ‘commercially sensitive’ is unclear.

So what are the workings behind the $6.2bln for operating expenditure, $2.8bln for capital expenditure, and $0.8 billion for capital injections, totalling $9.8bln which are required for this years “unforeseen circumstances”?

Well we will find out, eventually, but unfortunately it will likely be too late for any meaningful debate.

I wouldn’t worry, relax – make a cup of tea, if you need some milk just take it out of petty cash.

Who keeps track of the Petty Cash tin?

I have no knowledge of this account and whether it is funded or not, but the official report of government cash can be found at line Crown settlement accounts in Memorandum Items

I think this is another example of the executive reasserting control away from Parliamentary/political debate that MMP was meant to achieve. MMP as a check/limit on government has not worked in NZ. All it has achieved is to undermine Parliament.