British professor Guy Standing says the 'old' income distribution system has broken down irretrievably. He sees a growing group of workers facing inequality and insecurity
18th Apr 16, 11:13am by Guest 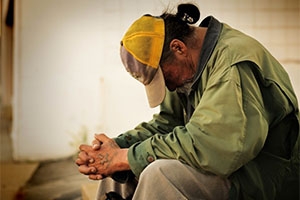 For many foreign observers, New Zealand seems like an oasis, while the rest of the world economy plunges from crisis to crisis.

But no country can escape the forces of globalisation, the ongoing technological revolution and the slow fuse impact of several decades of neo-liberal policies that have transformed the basis of the economic system and the social structures around it.

On March 23-24, the New Zealand Labour Party convened a conference based on its Future of Work Commission. It came at a propitious time, in that the world of labour and work is undergoing momentous changes.

The stark fact that New Zealand will have to face, just as every rich industrialised country is facing, is that the twentieth century income distribution system has broken down irretrievably.

The old system involved roughly stable shares of income going to capital (mainly in profits) and to labour (mainly in wages). Since the 1980s, all over the world the share going to labour has been shrinking, and within the labour share wage differentials have widened, so that those near the bottom have been experiencing declining real incomes. This story is fairly familiar now. But what is less appreciated is the changing character of the inequality and the implications for class stratification.

In several books, an attempt has been made to trace how the combination of globalisation, technological change and neo-liberal economic policies have produced a global class structure superimposed on top of old national class structures. The concepts briefly outlined in this Paper are controversial, particularly with Marxists who claim there are only two classes. They should be reminded that concepts should be judged by whether or not they are analytically useful and relevant to contemporary realities. To postulate that there is only one ‘working class’ is not particularly useful today.

At the top a tiny plutocracy consisting of billionaires are mostly pure rentiers. They are served by an elite, earning vast incomes from exorbitant salaries, bonuses and rental income. They are linked to financial capital, which has been the dominant force in the dis-embedded phase of the Global Transformation.

Below them in the income spectrum come a shrinking salariat, with long-term employment security and access to a wide range of non-wage benefits and also income derived from capital, which puts them apart from employees and other workers below them.

Alongside them in terms of average income come a growing group of proficians, people living in what is being called the gig economy, moving from project to project, with technical and social skills that lead them to high incomes and a frenetic lifestyle.

Well below those four groups – all detached from old notions of welfare states and from twentieth-century institutions of labourism – comes the proletariat. Its norm is and was a life of stable full-time labour, at least for men. This was the group for which welfare states were built and which were defended by labour unions, collective bargaining and labour law. But the proletariat is in retreat everywhere. It was rooted in what had been a progressive labourism stemming from the nineteenth century. And as is well known, New Zealand was the pioneer of the labour de-commodification strategy that shaped twentieth century labour markets. But in recent decades proletarians have been losing entitlements to all the non-wage entitlements that Social Democrat and Labour Parties had struggled to implement.

It is below the proletariat that the new mass class, the precariat, has been taking shape, and below it that an under-class of social victims is visibly displayed in every city street. The precariat will continue to grow, unless radical changes are made to social and economic policies. In the first book on the precariat, the intention was to capture the causes of its growth and behavioural aspects. In the second, it was defined more systematically. The fact that the precariat is a class – albeit still a class-in-the-making, and not yet a united class-for-itself – is that it can be defined in three complementary dimensions. It is the combination of these that makes it a class.

These are defined as distinctive relations of production (roughly speaking, ways of work and labour), distinctive relations of distribution (sources and means of remuneration), and distinctive relations to the state (de jure and de facto civil, cultural, social, political and economic rights). In brief, the precariat is being habituated to unstable labour and living, lacking an occupational identity, is having to rely on money wages without access to non-wage enterprise or rights-based benefits, and is losing many of the rights citizens regard as the norm.

Over the past two decades the precariat has been growing, but has remained internally divided into three factions. The first should be called Atavists, in that it consists of people who have fallen out of old working-class communities and families, and are pining for a lost real or imagined past. As this group does not have much proper education, they are prone to listen to the sirens of populism, epitomised this year by the neo-fascist ranting of Donald Trump (and others) and the more nuanced rhetoric of Marine Le Pen in France, as well as many emerging far-right politicians across the world. As rentier capitalism accentuates the inequalities and economic insecurities around the world, the Atavists will continue to grow.

The second faction in the precariat should be called Nostalgics, and consists of migrants, ethnic minorities, the disabled and some other groups who pine for a home. They tend to keep their heads down and focus on just surviving in a hostile social, economic and political environment. But from time to time, pressures become too great, resulting in days of rage. Many Nostalgics could be mobilised by a new progressive politics, but so far have tended to stay outside the mayhem of the crumbling of old political parties and agendas.

The third faction is where the hope of a new progressive politics must lie. Indeed, it may be called the Progressives, since their relative deprivation stems from feeling they are denied a future. They are relatively well-educated, and will not be drawn to neo-fascist populists. But they are rejecting the old labourists in social democratic parties. They are looking for a realistic politics of paradise.

It is in that context that the Precariat Charter represents an attempt to articulate a set of policies and institutional changes that responds to the insecurities and inequalities afflicting the precariat as a whole. There are 29 Articles or proposals in the Charter, all of which relate in some way to the general framework of “the future of work”. It stems from two fundamental points. First, we must reconceptualise what we mean by work, the subject of the first two Articles of the Precariat Charter.

Second, we must recognise that while the old income distribution system has collapsed it must be replaced by one that combats the drift to globalised rentier capitalism, in which the plutocracy and elite are gaining more and more rental income while the precariat is being exploited not just through casualised wage labour but through rental mechanisms as well. This is elaborated in my new book due out in mid-2016, The Corruption of Capitalism: Why Rentiers thrive and Work does not pay. Achieving what John Maynard Keynes demanded and predicted in the 1930s – the euthanasia of the rentier – will define progressive politics in the coming decade.

Guy Standing is Research Professor at the School of Oriental and African Studies (SOAS), University of London, and a founder member and honorary co-president of the Basic Income Earth Network (BIEN). This article was first published on AUT's Briefing Papers series. It is here with permission.

Important article. I'm going to have to print this out and read it again quietly off screen.
But's its clear we have to deal with the one percent issue and spread out ownership from the extreme we have drifted into in the last few decades.
That said maybe we have to deal first with the 0.001 percent. Because it aint' that hard and you don't have to have that much to make the one percent in New Zealand.

I think the precariat is a new name for the poor.
Mentioned in the bible, they will always be with us.

Very important issues raised. Amazing how it hasn't attracted many comments. Is it because the solution may require a complete shake up and overhaul of the capitalist system, its associated tax and financial systems and god forbid it, but economic theory itself. Maybe it requires a complete shake up of humanity's belief systems and behavior towards each other.

There's a lot of work to go to wash away the nonsense that is neoliberalism. Replacement ideas take a many years to drill into the brains of politicians and their supporters. The thing is we're just repeating the same fundamental mistakes over and over again. Let debts get out of control, then use that to break down society so that rights can be abused or taken away. Then once it all falls apart there's conflict or revolution that brings about change.

The capitalist system is in its decline phase.
More and more people clipping the ticiket in the path between production and consumption.
It wont be missed.
Will there be a replacement, yes probably harnessing the internet.