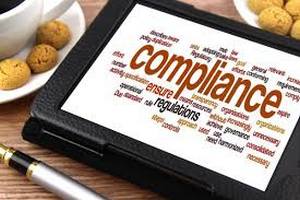 The scope of the consultation paper on the Phase Two implementation of the anti-money laundering (AML) regime indicates that broad changes are in prospect.

We look at some of the likely outcomes.

A key focus of the review is the extent to which real estate agents, accountants, lawyers, conveyancers, the gambling sector and some high-value goods dealers will be brought within the Anti-Money Laundering and Countering Financing of Terrorism Act (AML/CFT Act). This is the so-called “Phase Two” of the AML regime.

But the Ministry of Justice (MOJ) is also consulting on a number of broader changes including whether:

• reporting to the Police Financial Intelligence Unit (FIU) should be expanded to include - for example - actual or proposed transactions outside New Zealand
• information sharing arrangements for suspicious transaction reports should be enhanced and extended to the IRD
• the ability to rely on third parties should be strengthened and, if so how, and
• the ability to perform simplified due diligence should be extended to SOEs and majority-owned subsidiaries of publicly traded entities in New Zealand.

Expanded reporting to the FIU

This change was recommended by the Shewan Inquiry into Foreign Trust Disclosure Rules. Of all of the proposals contemplated in the MOJ review, we consider this is the one that will most affect current reporting entities.

It would potentially expand the suspicious transaction reporting regime to capture:

• suspicious activities even if a transaction is yet to take place

• businesses not yet formed or incorporated

• accounts or facilities not yet opened, and

• activities that don’t use the services of a New Zealand financial institution.

Rationale for the expanded obligation

The MOJ has identified that:

“There are some situations when suspicious or unusual activities may not be reported because a transaction does not occur, even though it may provide valuable financial intelligence for detecting crime"

In addition, recommendation 20 of the Financial Action Task Force provides that:

“If a financial institution suspects or has reasonable grounds to suspect that funds are the proceeds of a criminal activity, or are related to terrorist financing, it should be required, by law, to report promptly its suspicions …”

Relevantly, this recommendation is not limited to “transactions” taking place through a reporting entity.

The scope of this expanded obligation, while not yet clearly defined, has the potential to significantly increase the level of reporting, monitoring and compliance that entities are required to make.

There is also a risk that:

• the narrowing of the legal privilege exceptions to filing suspicious transaction reports being considered, and

• the proposal that the FIU may expand the scope of the information it shares with the IRD could discourage people from seeking legal advice on tax matters if there is a chance that a suspicion could be reported to the IRD.

We welcome the invitation in the Consultation Paper for comment on whether to expand or add to the existing provisions in AML/CFT Act allowing reporting entities to rely on third parties for undertaking customer due diligence. We believe there are a number of enhancements that could be made in this context, such as provisions which more easily facilitate the transfer of a customer base by allowing reliance on past customer due diligence, or which better align with the intricacies of distribution models in New Zealand.

The Consultation Paper seeks comment on which of the current supervisors (Reserve Bank, FMA or DIA), if any, is the appropriate supervisor for the Phase Two entities. This has sparked debate in some quarters on whether adding more supervisors to New Zealand’s current three supervisor approach is appropriate, or whether the single supervisor (AUSTRAC) model is preferable.

*This article is a brief counsel written by Chapman Tripp senior solicitor Natan Karon and is used here with permission.