Simpson Grierson's Bill Loutit explains the ins and outs of a District Plan review and why it is advisable to become involved in the process to protect your property rights
9th Nov 16, 10:42am
by Guest 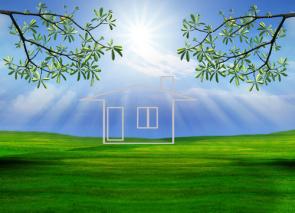 Additionally, they can be subject to changes proposed by a local authority or private party which seek to amend parts of the plan.

Because the district plan dictates what you can do with your land it is important to be aware of any proposed changes or reviews that may impact on your land.

Notably, where the use of land has been lawfully established (because it was a permitted activity when it was commenced or in reliance on a resource consent) it is possible to rely on existing use rights for that continued use of the land when the plan provisions change.

However, existing use rights can have their own difficulties and it is therefore advisable to become involved in the district plan process to protect your property rights.

Once a proposed plan or plan change is publicly notified, any person may submit on the proposed change, unless they could gain an advantage in trade competition through the submission.

A submission on a proposed plan or plan change should address the reasons a submitter is in support or opposition to the proposed provisions.

It is important to note that the submission cannot oppose the proposed plan in its entirety, but rather must be made in the prescribed form which requires identification of the specific provisions of the proposal to which the submission relates.

The matters raised in a submission frame the scope of the issues the submitter can raise during the hearing process. It is critical to be clear as to the relief sought in the submission (i.e. how you would like the proposed provisions to be changed).

A council is obliged to hold a hearing into submissions if any submitter requests to be heard.

The council will usually appoint a panel who will hear all the submissions on the proposed district plan and issue its decision.

The panel may be made up of elected members (councillors), independent commissioners, or both.

The council must issue its decision no later than two years after notifying the proposed plan change and must give public notice of the decision.

A proposed plan or plan change will be assessed against the matters set out in s 32 and 32AA of the Resource Management Act 1991 (RMA).

This includes an assessment against whether the proposed provisions are the most appropriate way to achieve the purpose of the RMA.

Appeals can be lodged against the part of the decision or plan provisions to which the original submission related. Any appeal must be made within 30 working days of service of the notice of decision.

*Bill Loutit heads the Resources and Infrastructure department at Simpson Grierson. He is a leading litigator and an expert in alternative dispute resolution in the administrative law, environmental, resource management and local government fields.

Just remember that unless you have enough money to hire planners, lawyers and consultants, and all the other RMA hangers on, as well as influence with Councillors and council staff, nobody will give a second thought to your submission. If you're not seen to be feeding the RMA beast then those feeding of its droppings don't need you and as Dylan put it,, "and man they expect the same"

Shame the public cant be more involved in the RMA amendment