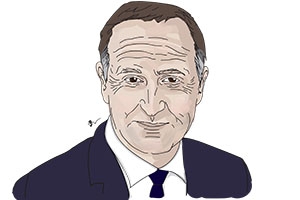 New Zealand has had a pretty decent eight years under John Key. The rest of the world’s descent into madness accelerated sharply, and New Zealand’s has looked better by comparison.

But Festivus is almost upon us. And the Festivus tradition is not the giving of thanks but the airing of grievances. I have a few.

John Key’s National Party provided superb opposition to Helen Clark. It is not hard to imagine what the John Key of 2006 would say about the past eight years – if they had happened under a Labour government.

Auckland’s housing affordability problems exploded into a housing crisis. Central government refused to amend the RMA to allow easier urban expansion, failed to improve council incentives to pursue growth, and pursued a supercity agenda that did nothing to get more houses built.

While Key blamed coalition politics for blocking RMA reform, National had the numbers to do it after the 2008 election. And National failed to provide any substantive support for a return to First Past the Post, which would also have allowed it to get the job done.

Blaming coalition partners let National have its cake and eat it too. Home-owning voters got rich off the back of National’s failure to fix the planning apparatus, and National got to jawbone about reform without ever doing anything about it. The renting victims are poorer, less likely to vote, and are more likely to vote Labour anyway.

The government allowed Gerry Brownlee to play SimCity with CERA and the CCDU, ignoring the property rights of downtown owners, causing destructive regime uncertainty in which owners simply could not tell what they were allowed to do, and failing to deal with substantial emerging problems in EQC assessments that kept costs to government down but ignored the terms of homeowners’ insurance agreements. We are lucky that Christchurch, Waimakiriri and Selwyn were not forced into a supercity before the earthquakes.

Think back to National’s campaign of 2008. They railed against Clark’s nanny-state. But can we see the massive increase in health and safety compliance costs as anything but a continuation of that regime? And what of the anti-money laundering regulations that had no reasonable cost-benefit assessment? Because of those rules, I could not even bet on iPredict that English would succeed Key.

Failing to follow the rest of the world’s descent into madness is good. The bar should be set higher for a country that has bigger aspirations than that.

Eric Crampton is head of research at the New Zealand Initiative. This article is used here with permission.

he missed a golden time in 2009 to roll back the welfare state, too late now, government spending is still rising year on year faster than inflation

If National had rolled back benefits and working for families it would have been a 1 term Government. Key's and National's success was to hold centre voters. This was done by leaving in place many of Labour's initiatives (e.g. working for families) while making other changes that benefitted National's voter base (e.g. remove 39% top tax rate while increasing GST which hurt lower income earners). Key was savvy and knew the battle was for the centre.

Any new National leader who tries to move the party to the right will get nailed at the next election.

Why have we left it this long to question the legacy or lack of?

BUT He's so AMAZING for quiting before it all starts to go downhill!

Afraid I haven't bought into the whole, "I need to spend more time with family". Key was driven to win a historical 4th term, I don't think for a second he woke up one morning and decided no longer to.

he also said he never wanted to lose an election , so what feedback did he get in MT roskill and northland from the public to make him discount the polls.
or was it rumblings in the caucus. tax cuts, housing, super
I have been saying for ages he would step down before the election if it looked like lost or within the year after if he won
he is a me person .i.e its all about me,
so in my eyes a lot of decisions he took was about himself not the future direction of the country

And the thought of having to do a deal with Winston Peters was something he couldn't bear the thought of. Which is looking quite likely if Nats want to get back into power.

Possibly thought no point winning it if not going to see out whole term. Would have faced endless pre election "will you see out whole term" questions? Maybe he is human and didn't want to be answering yes to that question when his heart wasn't in it.

and how many promises did he make before elections that he went back on, no more tax's ups the GST
I don't think that would have bothered him.
I think his trader mind told him the odds so he has done what is best for JK and I have no problem with that, in fact too many MP's hang around way after there use by date

The only reason the country did not have a major downturn during the GFC is that John Key flooded the country with immigrants. This kept wages down and made the house market an investors paradise with no tax or regulations. Now our roads are a carpark, house prices are unaffordable unless you are rich or an investor, hospitals are overflowing with immigrants . Hasn't he done well!
He can see interest rates going up next year and the economy, partly based on high house prices, taking a dive. A good time to get out while you are on top.
John Key is a very clever man!

Gee - that reporter/writer sure nailed it.

Great summary - really appropriate analogy to playing "SimCity"... so on the mark. Add to your list the suspension of democracy where ECan was concerned - and the legacy of that with much more future impact to come;
http://www.stuff.co.nz/environment/86992441/road-or-river-barren-selwyn…

Just note that my piece here is part of a two-parter that ran initially in our newsletter. Our Chair, Roger Partridge, took on the case for; I took on the airing of grievances. The pieces should be read together as, had I had 900 words to write a single piece rather than doing half of a two parter, I'd likely have made many of the points Roger did in coming to a more balanced assessments (and, I'm sure, vice-versa).

A few grains of truth as usual from the NZ initiative. Yes the housing crisis exploded but hardly due to council restrictions on urban limits. Expanding urban limits is very high cost due to large infrastructure costs to council to allow the growth, and you get more inefficient urban sprawl which is exactly what AKL doesn't need. Dense compact growth with some greenfields growth but it must be high density.
Return to first past the post? Only NZ initiative would advocate for this system again which effectively put all the power in National or Labours hands and brought a myriad of poor decisions...which suited NZ initiatives backers. John Keys failure was his laissez-faire attitude, trust in the market and lack of progressive policy...he governed for the wealthy few and not in the interests of the many. This combination of factors contributed significantly to the housing market crisis, very little if anything was done about homelessness, they couldn't be bothered to measure poverty let alone take actions to reduce this poverty- the working poor on unliveable wages was perpetuated. The banks yet again made enormous profits - 90% of which go offshore - of course JK was a banking man, no coincidence though. Obesity - very little done to protect the health of NZ; 3rd worse in the world, 60% obesity in Polynesian population, maori not far behind and childhood rates upto 1/3. No progressive action there but this suited there mates in the grocery industry as theres some big profit to be made. Rivers polluted, water not protected, carbon emissions 40% above Kyoto levels combined with alleged use of fraudulent carbon credits etc etc.
Anyway NZ will be better off without the likes of JK...not that Paula Bennett, Judith Collins or Nathan Bridges inspire any confidence. NZ Initiative try using your intellectual powers to advocate for the real issues, and do all of us a favour

Agree Tim Tam this sounds like a selective business lobby list of criticisms. It's not hard to add other areas where the bar was not set very high, or left on the ground. Reliance on importing growth rather than choosing to invest in upskilling, laissez faire attitude to housing/ foreign trust speculation, limited encouragement of affordable housing initiatives. Freezing the Cullen fund, failure to enact welfare reform on 'hard' areas that impact on the voting middle class (wff, Super, student loans) while taking punitive measures against vulnerable groups (jobless beneficiaries). Chronically weak oversight of prison, foreign student activity, fisheries, to name a few. Tax cuts that favoured the 'haves' least affected by the gfc, and so on.