As technology continues to upend established business models, Clayton Coplestone questions how index investors will fare during the era of disruption

As technology continues to upend established business models, Clayton Coplestone questions how index investors will fare during the era of disruption
6th Feb 17, 8:19pm by Guest 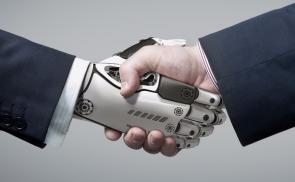 The future is approaching faster than one can handle.

In 1998, Kodak – one of the darlings included in the proto-index ‘Nifty Fifty’ list of the largest US stocks – had 170,000 employees and sold 85 per cent of all photo paper worldwide.

Within just a few years, its business model was exposed to the blinding light of digital competition, and Kodak faded into bankruptcy.

What happened to Kodak will happen to a lot of industries in the next 10 years and, most people won’t see it coming.

Did you think in 1998 that three years later you would never take pictures on film again?

Yet digital cameras were invented in 1975. The first ones only had 10,000 pixels, but have since followed Moore’s law (or the observation that computer chip processing power doubles every two years).

So as with all exponential technologies, it was a disappointment for a time, before its superiority overwhelmed the mainstream in only a few short years. It will now happen again with artificial intelligence, health, autonomous and electric cars, education, 3D printing, agriculture, and jobs.

Software will disrupt most traditional industries in the next 5-10 years. Uber is just a software tool. But despite owning zero cars Uber is now the biggest taxi company in the world. Likewise, Airbnb lays claims as the world’s largest hotel company with an empty property portfolio.

Artificial intelligence is also coming of age as developers train computers to be exponentially better at understanding the world. This year, a computer beat the best Go-player in the world, 10 years earlier than expected.

In the US, young lawyers already can’t get jobs. Because of IBM’s Watson, you can get legal advice (so far, for more or less basic stuff) within seconds, with 90 per cent accuracy, compared with 70 per cent accuracy from the human kind.

So, if you study law, stop immediately: the world will be a better place. There will be 90 per cent fewer lawyers in the future; only specialists will remain.

Facebook now has a pattern-recognition software that can recognise faces better than humans. In 2030, computers will become more intelligent than humans.

In 2018 the first self-driving cars will appear for the public. Around 2020, the complete industry will start to be disrupted. You won’t want to own a car anymore. You will call a car with your phone, it will show up at your location and drive you to your destination. You will not need to park it, you only pay for the driven distance and can be productive while driving. Our kids will never get a driver’s licence and will never own a car.

It will change the cities, because we will need 90-95 per cent fewer cars for that situation. We can transform former parking spaces into parks.

About 1.2 million people die each year in car accidents worldwide. We now have one accident every 100,000 km; with autonomous driving that will drop to one accident in 10 million km. That will save a million lives each year.

Insurance companies will have massive trouble because without accidents, the insurance will become 100-times cheaper. Their car insurance business model will disappear.

Real estate will change, because if you can work while you commute, people will move further away to live in more beautiful neighbourhoods.

Electric cars will become mainstream about 2020. Cities will be less noisy because all new cars will run on electricity.

Electricity will become incredibly cheap and clean. Solar production has been on an exponential curve for 30 years, but you can now see the burgeoning impact.

Last year, more solar energy was installed worldwide than fossil. Energy companies are desperately trying to limit access to the grid to prevent competition from home solar installations, but that can’t last. Technology will take care of that strategy.

With cheap electricity comes cheap and abundant water. Desalination of salt water now only needs 2kWh per cubic meter (@ 0.25 cents). We don’t have scarce water in most places, we only have scarce drinking water. Imagine what will be possible if anyone can have as much clean water as one wants, at nearly no cost.

The health sector is also not immune from the tech-driven revolution. There are companies that will build a medical device (called the ‘Tricorder’ of Star Trek fame) that works with your phone; you breathe into it, and it scans your retina and takes a sample of your blood. It then analyses 54 bio-markers that will identify nearly any disease.

The Tricorder X price will be announced this year. It will be cheap, so in a few years everyone on this planet will have access to world class medical analyses, nearly for free (Goodbye, medical establishment!)

The price of the cheapest 3D printer came down from $18,000 to $400 within 10 years. In the same time, it became 100-times faster. All major shoe companies have already started 3D printing shoes.

Some spare airplane parts are already 3D-printed in remote airports. The space station now has a printer that eliminates the need for the large amount of spare parts they had in the past.

At the end of this year, new smart phones will have 3D-scanning possibilities. You can then 3D scan your feet and print your perfect shoe at home. In China, they already 3D-printed and built a complete six-storey office building. By 2027, 10 per cent of everything that’s being produced will be 3D-printed.

If you think of a niche you want to go into, first ask yourself: ‘In the future, do I think we will have that?’ – and if the answer is yes, how can you make that happen sooner?

If it doesn’t work with your phone, forget the idea. And any idea designed for success in the 20th century is doomed to failure in the 21st century.

It has been predicted that 70-80 per cent of jobs will disappear in the next 20 years. There will be a lot of new jobs, but it is not clear if there will be enough new jobs in such a short time. This will require a rethink on wealth distribution.

The political sphere is also ripe for a 21st century do-over. For example, an app called ‘moodies’ is already capable of diagnosing your emotions.

By 2020 there will be apps that can tell by your facial expressions if you are lying. Imagine a political debate where the ‘worm’ tracks the objective honesty of candidate responses rather than audience reactions.

Necessarily, stock market indices adjust to reflect the winners and losers of the day – but in an era of massive disruption index investors may be overweight losers during the transition. Perhaps the fate of the almsot-forgoteen Nifty Fifty serves as an example.

“The Nifty Fifty captivated investors for the better part of a decade prior to its demise in 1973, but not before reviving the high-risk investing that had been out of vogue since the Crash of ’29.”

At the time, the Nifty Fifty represented the biggest and fastest-growing stocks on the US stock exchange – and therefore the world.

By the mid-70s many of the Nifty Fifty stars had faded almost to oblivion: Xerox, Polaroid, anyone?

Of course, other Nifty Fifty favourites remain in the big league.

However, the lesson for investors, perhaps, is to beware neatly-packaged stock portfolios based on the status quo.

How many of the various index weightings will remain relevant in the next five years?

I will check with my AI consultant.

Clayton Coplestone is the head of Heathcote Investment Partners, a Milford, Auckland based third party distributor of boutique investment services to family offices, financial intermediaries, institutions and authorised financial advisors. This article is here with permission.

Disintermediation is the threat for every traditional business model.
However, most new technology adds to the existing channels of distribution or delivery, often slowly over time before the old models are completely obsolete. E.g. News business: Newspapers physical, Radio, TV, still existing and in new forms alongside internet delivered news.
Another problem is also payment - the expectation is for free services for many services. So payment is made in other peripheral ways e.g. Streaming music.

Quite nicely so far would seem to be the answer.
http://awealthofcommonsense.com/2017/02/how-the-bogle-model-beats-the-y…

Energy and lines companies are separated by law in NZ's electricity markets so it is not possible for energy companies to influence grid access against solar installations.

JB can you expand on that comment ? How hard would it be for 50 houses on a street to all install modest batteries and solar then exchange power using the current lines?

The real estate comment is so wrong... people live in suburbs because of school zones.....

Be interesting to get this article out in 10 years time. I doubt people are not going to be required to get a drivers licence any time soon. The author is a bit optimistic on his time frames.