Jennifer Lees-Marshment points out that effective public policy changes are often inhibited by the poor or unprepared management skills of elected officials in a uniquely large management situation
4th Mar 17, 9:24am
by Guest 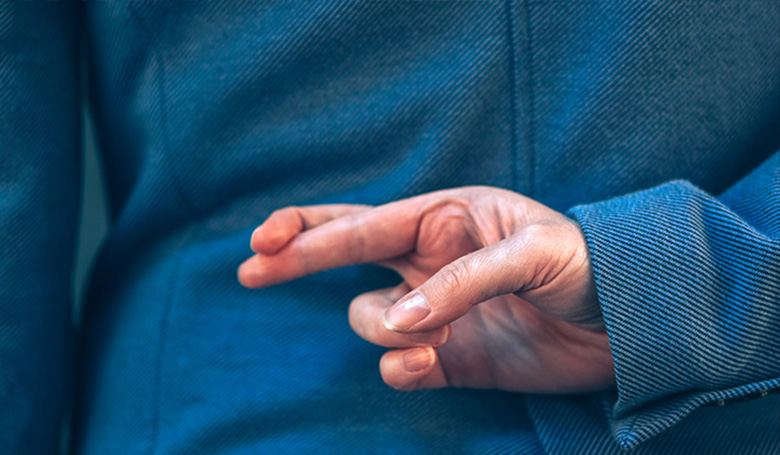 Later this year New Zealanders will choose who gets to run the government for the next three years, and whoever is elected will manage a budget of more than $90 billion a year and have hundreds – maybe even thousands – of staff at their disposal.

In the United States, new President Donald Trump took charge of the biggest government in the world with an annual federal budget in excess of $3 trillion, a White House budget of over $3 billion, and over a million federal government staff.

However, the chances of the newly-elected President or Prime Minister delivering campaign promises are slim. There are many reasons for this, but an often overlooked one is that politicians and their staff do not get training in how to run government: the lack of professional development standards is shocking.

President Trump has no experience running government and soon after he won the 2016 election, media reports included headlines such as Donald Trump ‘didn’t realise the scope of the presidency and will need help from Barack Obama’; and ‘Trump ‘seemed surprised’ with the scope of the president’s job when meeting Obama. Other reports noted the lack of a Trump transition plan and difficulties the new administration was having recruiting staff.

If Labour leader Andrew Little becomes New Zealand Prime Minister later this year, he too will get into power without training or experience in how to manage government effectively. Like John Key and other opposition leaders before him, there is no adequate training in political management. Last year John Key commented, ‘when I became Prime Minister I’d never been a Minister. I remember asking Tony Ryall – because he’d been a minister – basically what does a cabinet paper look like; how does the process work? I’d seen one obviously in the work we’d done but how does it all work? I’d just gone straight into being PM.’ Equally those advising them and their senior team often come from the private sector or lack management skills.

Political management is very important – it affects the ability of political organisations and governments to achieve their goals and get things done. Trump pointed to his business record during the campaign; some politicians have training in business management; and Little has led a political party and a large trade union. But politics is not business: leaders in government and politics are more constricted by stakeholders than their private sector counterparts and they face more complex expectations, and need to meet value rather than profit-led goals. Further, government is bigger than political parties or most businesses: as a UK civil servant noted ‘most MPs have never been responsible for managing even a 100 people and they are suddenly put in charge of managing sometimes 10,000 people or more. They’ve never ever managed a budget of a million quid, and suddenly they are managing budgets of say 70 billion quid.’ New Zealand academics Chris Eichbaum and Richard Shaw quote a government staffer saying ‘Most ministers certainly don’t have time to review their [advisers’] performance, and most ministers don’t have any management skills anyway.’ There are profound challenges to getting things done in politics, and media reports highlight problematic recruitment processes, stressful work environments, over-control, chaos and high staff turnover

So what is political management then? I started work on this last year, identifying core business management concepts, and then searching for research on politics that might be related to this. As I presented at the Canadian Political Studies Association and the New Zealand Political Studies Association, political management is about planning, organising, human resource management, and, leading and reviewing of resources to achieve goals effectively. It involves setting a vision, goals and creating plans; devising effective structures, culture and communication within organisations such as government departments and the Prime Minister’s office; the recruitment, promotion, and training of all staff; using effective leadership tools to persuade people to act how you want; and reviewing performance before taking steps to improve it.

It includes issues of how political appointments are made; how staff are rewarded to encourage high performance; how political offices are organised; how much Prime Ministers and Presidents control or micro-manage ministers or staff; how effectively the government and departments within it plan and strategise to achieve priorities; how leadership is exercised over others; and how well political organisations learn from reflection and review. It raises dilemmas such as the trade-off between over-control and efficiency shown by the previous Harper government in Canada and more fluid, organic cultures so far favoured by his successor Trudeau, that offers more freedom for staff but which might result in a less coherent strategy and public brand, and risks things not getting done, as well as risking re-election.

Basically, political management is everything that can affect the ability of government to get things done. And it is about ensuring resources – public money – is used to the best possible effect.

We need to fill this massive gap in research to understand what political management is and how to use it effectively, and train our leaders properly.

Until then the quality of how we are governed, and how easy it is for our chosen leaders to do what they said they would, is always going to compromised.

Whilst some might prefer some of the promises made by certain politicians – such as walls – to be blocked, such challenges also affected Bill Clinton and Obama’s goal to implement universal health-care. Better management by Obama might have left it more secure.

Training Trump is not going to be an easy task, but it is vital to research and teach political management to politicians and government staff for the good of New Zealand and the world.

Jennifer Lees-Marshment is Associate Professor at Auckland University and a world expert in political marketing. This article was first published on AUT's Briefing Papers series. It is here with permission.

There is a traditional distinction associated with the German Army, between the qualities needed by a first rate commanding officer and those needed by an excellent staff officer. This article assumes that a good staff officer makes a good commander.

My contention is that the civil service quite rightly sorts for good staff officers, those who are hard working and intelligent, with all the good qualities referred to in this article. However, the traditional German Army view is that a commanding officer needs to be intelligent but a little lazy. His laziness leads him to identify the easiest way to achieve an objective and to identify the most desirable objectives that are achievable at that time. It is the same quality we associate with entrepreneurs, it is as much about opportunism as about preparation.

I think this is a really fundamental insight. It explains Hayek's problem with relying on "experts" to make decisions, basically they are unlikely to make them in a timely manner. It also explains why bureaucracy is so infuriating with its obsession with process over function.

political management is about planning, organising, human resource management, and, leading and reviewing of resources to achieve goals effectively. It involves setting a vision, goals and creating plans; devising effective structures, culture and communication within organisations

I read this as pretty much equivalent to a definition for good general management - and in that respect it could be said that Key, Little and Trump all had that type of experience coming into the job. Bill English - not so much, as he's a career government bureaucrat, so far as I can tell. And there does seem to be a trend away from electing career bureaucrats (Key, Trump and Trudeau being examples).

What the corporate-turned politicians are lacking to my mind (and this goes for local politicians as well to an even bigger degree) is a lack of understanding of the machinery of government. This was perhaps one of Obama's shortcomings (although the bigger hurdle might have been despicably entrenched partisanship by the Republican majority in Congress during his administrative terms).

I think the point made by John Key in your article reflects his lack of understanding of the machinery of government. That said however, he was a very quick learner and managed to find all of the loopholes available in terms of exploiting his executive powers to the detriment of good governance under a tripartite system of government. Much to the dismay of Geoffrey Palmer - who understood machinery of government perhaps better than any politician in NZ history, hence his foresight and ability to push through improvements to our implementation of democracy like no other.

Bring back Sir Geoffrey, eh :-). But in all seriousness, what he had (the ethics, the standing/leadership, the motivation and the nous to get it done) is not easily replicated.