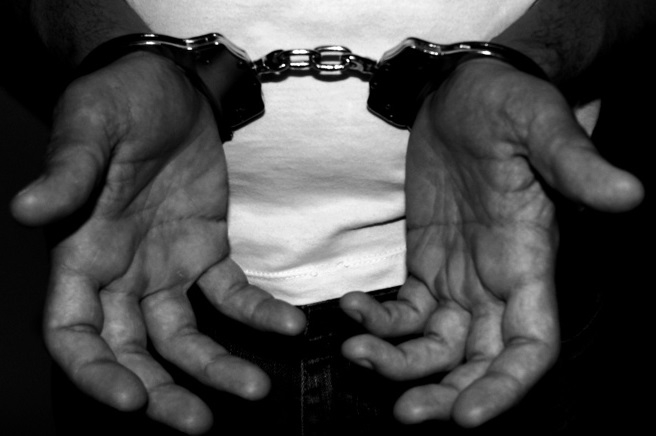 If we want to live in a fair society where people are treated equally, we need our justice system to deliver fair, transparent and equivalent sentences to equivalent crimes, writes Victoria University's Lisa Marriott

On 28 April, the headline “Husband and wife sentenced for one of NZ’s ‘highest ranking’ benefit frauds” ran with a report of one of New Zealand’s “very worst” cases of benefit fraud, in which a Nelson mother of four was sentenced to two years and five months in prison for defrauding the Ministry of Social Development of $244,768 over 12 years. The woman's husband was sentenced to nine months’ home detention for fraud of $84,915 over the same period. The judge in the case is quoted as reaching an outcome “that might be viewed as ‘overly generous’”. Repayment of $10,000 was ordered, at a rate of $40 per week.

Three days later, the same media website had the headline “Tax agent fraudster loses name suppression”. This case involved a Wellington tax agent given 10 months’ home detention and 120 hours’ community work for tax fraud of $768,538. The fraud had been ongoing since 2009. The agent’s financial position was described as “hopeless” and there was “no way she could pay reparation” despite individually benefitting $210,465 from the offending.

Let’s be clear about this: both crimes result in the same outcome for society, which is less money for other taxpayers. Whether the outcome is achieved by more money taken from the system or less money given to the system is a conceptual difference only. Both are deliberate. Both are fraud.

I went to a presentation by JustSpeak last Friday night in Wellington. The presentation was to launch the criminal justice organisation’s report Bailing out the Justice System: Reopening the Window of Opportunity. Among other things, this report questions why we need another prison.

Our prison population is now in excess of 10,000 people and last year it was announced we would spend $1 billion building another 1800 prison beds. You may be asking why. One of the reasons noted by JustSpeak is our policy of imprisoning people for what is (relatively) low-level financial fraud.

There is certainly no financial gain from the Nelson mother’s prison sentence — it costs more than $100,000 a year to keep someone in prison. While it is unlikely the full two-year, five-month sentence will be served (due to parole), if it was, the cost of the sentence would roughly equate to the amount of the offending. Is it a good use of taxpayer money to spend (potentially) another quarter of a million dollars to punish fraud of the same amount? If this is a good use of taxpayer money, why is it a good use for benefit fraud and not for tax fraud? Is something achieved by sending this woman to prison? If it is (eg. deterrence or retribution), why is this not also achieved by sending the tax agent to prison?

We have a Sentencing Act that outlines aggravating and mitigating factors that should be taken into account when determining a sentence. The same factors apply for tax or welfare fraud. One factor is particularly relevant for fraud: the extent of the loss, damage or harm resulting from the offence. This factor should produce a more serious sentence for a higher level of financial crime — but we typically don’t see this when tax fraud and benefit fraud are compared.

I frequently hear that tax fraudsters (or other white-collar offenders) have better legal representation. This is likely to be a factor. However, this leads to the suggestion that greater wealth (potentially achieved from the fraudulent activity) provides the opportunity to buy a preferential outcome from the justice system.

It all comes back to treating people equally. If we want to live in a fair society where people are treated equally, we need our justice system to deliver fair, transparent and equivalent sentences to equivalent crimes.

This story was first published on Newsroom.

See this Double Shot interview interest.co.nz did with Marriott in October for more on her research.

Lisa Marriott is an associate professor at Victoria University of Wellington’s School of Accounting and Commercial Law.

Hard to argue. Both are crimes and should be treated the same.
Apart from the stated legal representation issue there is the murkiness of trying to pull apart active tax evasion versus tax minimisation, the latter being a legally allowed pastime for many.
Perhaps the fact that a working tax cheat will likely have trouble finding work and likely shunned by his/her peers once the sentence is served may have an impact on the sentence. Society as a whole will continue to sentence the person for a long time to come after release.
A person committing benefit fraud will go back on the benefit once out, not much if any change in lifestyle.
Would be interesting to hear from a judge who has sentenced in both types of cases and what they all take into account to base the sentence on.

"Whether the outcome is achieved by more money taken from the system or less money given to the system is a conceptual difference only."

I can't quite accept this.

How do you mean?
You can't accept that there appears to be a difference in regards to sentencing or can't you accept the statement of the writer?

Does that make Apples profit shifting to eliminate tax fraud as well?

Yes.
But not yet. Right now it is legal.
It is only fraud once the profit transfer loophole is closed and while not sure of your age it certainly is not likely to happen in my lifetime.

The halls of justice are open to everyone, just like the Ritz.

In dishonesty crime there is a principle that a person of responsibility bears a greater burden of guilt for their crime. This is evidenced by the charge available under the crimes act (section 220) of "Theft as a Servant". Surely the tax agent is a servant?

Servant or serpent ... will all know what a tax agent is ... just following the rules ... just doing what the overlords tell them to do ...

... whereas the fraudsters and cheats are taking some risk , doing something naughty , innovative .... they get songs , movies and books written about them ...

Imagine for a second , the deterrent effect on the nefarious naughty boys and girls in our society , if they knew that being caught meant sharing a cell with 200 others in the steamy tropical heat of a Balinese gaol ...

... justice is best served with a bowl of cold gelatinous white rice !

I just love it when you comment on crime when your handle can be abbreviated to GBH. Grievous Bodily Harm for anyone that needs to guess.

I find it interesting that in Australia when dishing out writs (equivalent of our judgment) the judge asks "how much do you earn" - answer "$1000 a week". "Right you are going to pay 1/3rd of that back against the debt"

NZ judge response would go something like this - we award $10 a week. The court recognises that you had a terrible upbringing, were traumatised, suffered at the hands of the imperialists, live in a tough neighbourhood, fell on your head as a baby, suffered terribly blah blah blah

Occasionally I could accept this. Not in every case which seems to be the norm.

Also keep in mind, benefit fraudsters often pay tax on legitimate job earnings, while fraudulently receiving a benefit. White-collar tax fraudsters often pay no tax whatsoever and rain financial havoc on their clients and colleagues. Also, people fraudulently receiving a benefit are many times more likely to be caught and prosecuted than their white-collar counterparts.