Morgan Godfrey makes the case for taxes; why we need them, why we should pay them, and why Elizabeth Warren is right

Morgan Godfrey makes the case for taxes; why we need them, why we should pay them, and why Elizabeth Warren is right
25th May 17, 12:36pm by Guest 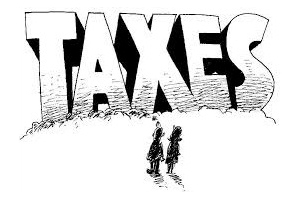 This is the first of ten articles in the Public Service Association's "Ten perspectives on tax" series.*

Here’s some advice, a truism from years of talking and writing about te ao Māori: never mention the Treaty of Waitangi in polite company. People shift in their seats, their bellies tighten, and they think you’re accusing them of something sinister.

“I’m not a racist” – this is the necessary qualifier – “but”. Sometimes I wish the same were true when talking about tax. Instead of standing to attention, people’s eyelids droop, their shoulders slump and they sink back in their chairs. “Tax sucks.” It’s not the subject you’d discuss in any sort of company.

In one way you can sympathise with this. When politicians discuss tax like they do data, all millions and billions, a thing existing in a privileged realm somewhere above politics and people’s lives, the first reaction is to switch off. Tax talk becomes about “thresholds” and “efficiency” instead of the schools it might pay for, the hospitals it might improve and the houses it might build.

In a government green paper titled, ironically, Making Tax Simpler[1], people are referred to as “customers” and the findings revolve around bureaucratic buzzwords like “flexibility” or vague platitudes
like “modernising the tax administration system”.

On this understanding of tax-as-technical-pursuit, most New Zealanders would willingly hand it over to technocrats and pointy-heads. It’s a neat trick for conservative or centre left politicians who want to encourage people to understand tax as a “burden”: here’s this bad and complex thing – tax – and we’re the only ones with the knowledge, skills and willingness to offer “relief.”

“We’ve had no tax relief for seven years, going on eight now,” ACT leader David Seymour told RNZ in March. “It’s time for the government to actually look after the people who pay the bill.” This is a cute soundbite, and typical of conservative and centre right politicians, but it leaves the most important things unsaid.

If there is a tax reduction there must be a corresponding reduction in spending or a corresponding increase in debt. This is what’s at stake with talk of reducing the country’s tax income. Except no one mentions schools that might go without teacher aids, hospitals that might keep fewer patients in overnight and additional homes that go unbuilt if there isn’t enough tax income to either keep things going as they are or to improve things. Instead the emphasis is on what “I” might gain, like a “block of cheese,” to borrow former Labour Party Finance Minister Michael Cullen’s talking point from 2008.

Against the idea of paying the same or more tax for better schools, hospitals and homes, the idea of gaining another block of cheese each week seems petty. What use is personal “relief” if others go without? It’s worth pointing out that this is more than hypothetical.

In the last budget Vote Health was, on a conservative estimate, $248 million short of what it needed to cover inflation, population growth – including the effects of an ageing population – and the new services the government announced[2]. If we only wanted to maintain current health services there are three options: “reallocating” funding – perhaps the government could keep school operation grants frozen – debt (though the government says it wants to reduce debt) or tax changes.

The problem, at least as far as this government is concerned, is that its hands are tied. Income tax increases appear to be off the table. New wealth taxes also appear to be a no-no. The first issue here is ideological – conservative and centre right politicians consider tax a barrier to economic growth – and the second is discursive.

In the prevailing discourse, the economy is like a living, breathing person. It gets “jittery”, “confident” and it rewards “risk-takers” and punishes scroungers. News programmes cross to bank economists who read the tarots, consult the heavens and deliver their findings about how the economy is feeling. Will it punish exporters? Should consumers lift their retail spending to appease it?

Dressed in their tailored navy suits, bank economists are like the priests of old, holy garb and all, and they and their colleagues pronounce on the vagaries of The Economy. Are government taxes “hurting” it? The answer is almost always yes.

In this economic discourse, The Economy feels things like you and I. Now it seems so obvious it’s almost redundant, but it’s worth stating for the record: The Economy isn’t a person. It cannot feel – it certainly isn’t bestowed with intention or consciousness. Instead it’s the name we give to the sum of our decisions about production, consumption
and money.

In fact, tax is what makes the economy possible in the first place, not the thing “hurting” it.

US Senator Elizabeth Warren put it best in an iconic speech that was (predictably) vilified by her opponents:[3]

It’s an exhausted truism, but it seems apt here: “taxes are the price we pay for civilization,” as former US Supreme Court Justice Oliver Wendell Holmes famously said. At this point my chapter might read like a polemic. In one sense, I suppose it is, but in another sense it’s more than that: this is a plea to understand taxation in context. Tax isn’t a weapon politicians use against the economy. Tax is what we use to pool our resources and secure the things we need: schools, hospitals, homes and more.

Perhaps talking about tax in context is easier said than done. Everywhere you look and listen, tax is talked about as something holding us down.

Even the Greens, the most progressive Parliamentary party on tax, sometimes fall into the trap with former co-leader Russel Norman telling media in 2014 that National’s research and development policies “hurt the economy,”[4] again as if it feels like we do. I go on television and radio and sometimes lapse into talking about the “healthy” or “unhealthy” economy, again as if it were like you and I.

The ‘vile maxim’ to which the ‘masters of mankind’ adhere, wrote Adam Smith in the Wealth of Nations, is ‘all for ourselves and nothing for other people.’ The doctrine is better known as class warfare, waged not in the streets but in governments and parliaments. The battles are often fought over tax. How much and from whom? How much and to whom?

These questions determine whether a child in Moerewa attends a well-resourced school, whether a patient Tauranga receives the best possible care and whether the pot holes on the Desert Road are filled. Taxation is not the realm of technocrats. It’s not something we should cede to politicians. It’s the thing that helps us to determine the kind of life we might lead.

*Morgan Godfrey is a writer and trade unionist based in Wellington. He’s also a non-fiction judge for the Ockham New Zealand Book Awards and sits on the Legal Issues Centre board at the University of Otago. This is the first article in the PSA's "Progressive thinking series, Ten perspectives on tax."

Justice Holmes was right when he said tax is the price for civilisation and I am happy to pay for that. However, you can only spend a dollar one way. If it is on schools then it cannot be on something else. Therefore, there has to be a balancing act. People will differ on what is appropriate level for funding for different public institutions (school always want more). But even more fundamentally we will disagree on what should be Government funded and what is a private matter. For example, is our health system the best or should we have a system more like Singapore or Switzerland? Conversely, why is dental not part of the health system? The question there is how much of a price does a person need to pay for civilisation?

The trade unions of old were about getting a better deal for the worker from Employers and the Govt. These days many of them are advocating for income tax increases. The old coal miners and wharfies would be turning in their graves.

More Tax?? We are already highly taxed, thanks. I love it when academics who have probably never dreamed of running a business, prepare papers advocating for more tax. Tax costs and compliance issues around exporting, health and safety, employment are already onerous for the average small business owner. They don't need fleeced for more tax. We have a top tax rate of 33%, GST of 15% with no exceptions, high fuel excise duties, alcohol and tobacco duties, ACC levies . And yet the social engineers want to take more to implement their tax and spend plans. If the government can't balance the books with all that revenue, then they are overspending. They need to be careful not to disincentivise the business owners who are the backbone of the economy and take massive risks to try to make a return. They should be able to keep 2/3 of it, if they are successful enough to hit the top tax bracket. Any tax reductions today are just inflation adjusting the tax bands which should be done regularly.

The author was just pointing out that real tax take per capita is currently reducing and the services provided are being affected. He was not suggesting we raise taxes. But pointing out that tax is a necessary thing. Reducing tax is not necessarily a good thing overall.

If you are truly in the "lets cut taxes " camp, what services would you cut from the budget, and how much would that save each person individually? Have a look here - http://www.wheresmytaxes.co.nz/ - Means testing super is the lowest hanging fruit I can think of. But that would probbably only save about $20 a week per capita. There is actually a lot of stuff the government does that is really good or necessary.

The idea that if the taxes are too high there will be no businesses is folly. Pretty sure the most highest taxed countries in the world still have just as much business activity as the others. Customers live in countries, so that is where the businesses are... Sure you might attract large corporations who are tax dodging if you go low enough, but there are moral issues in facilitating tax dodging, and other countries can always go lower.