Lisa Marriott contrasts our 'broad base, low rate' philosophy to tax policy with the reality that there are significant exceptions - and these all benefit 'the wealthy'

Lisa Marriott contrasts our 'broad base, low rate' philosophy to tax policy with the reality that there are significant exceptions - and these all benefit 'the wealthy'
26th May 17, 12:02pm by Guest 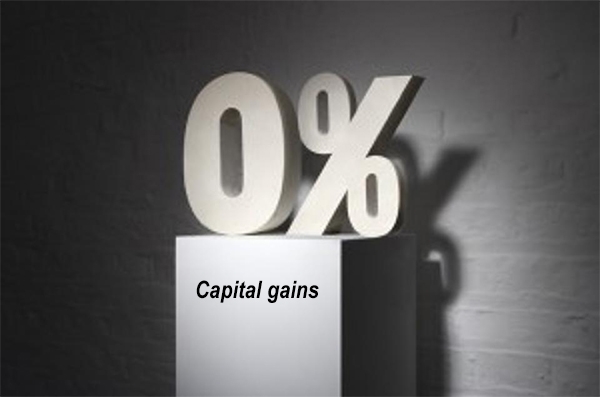 This is the second of ten articles in the Public Service Association's "Ten perspectives on tax" series.*

This chapter provides a brief history of some of the tax policy changes in New Zealand’s recent history.  It examines the three primary forms of taxing: income, consumption and capital.  The deliberate trend of tax changes in recent years has been to broaden the tax base and lower the tax rates and is visible in much – but not all – of New Zealand’s extant tax policy.

Moreover, tax policy has become less complex in recent decades, with the removal of personal and company tax concessions.

New Zealand has a history of progressive income taxes, whereby income taxes are structured on an individual’s ability to pay.  Rates for 1981 and 2017 are outlined in Table 1. Table 1 shows how rates have become less progressive over time: rates have reduced across all income thresholds and the thresholds have also reduced.  While the tax rates are higher in 1981, the effective tax rates were frequently lower than those shown, due to the rebates that were available to taxpayers.

New Zealand is unusual in taxing from the first dollar earned.  Most OECD countries have a tax-free threshold, whereby no tax is paid until income exceeds a certain threshold.  Instead, New Zealand targets low-income earners through the Working for Families package of tax credits. This is discussed further [in Terry Baucher's forthcoming article #8].

Like individual income taxes, company taxes have also reduced in recent decades from 48% (1986-1988) to the current rate of 28%.  Company tax rates have been relatively stable, remaining at 33% from 1989 to 2007, before commencing the decline to the 28% rate where it remains today.  However, the 28% rate is not low by OECD standards.  Reference to Figure 1 outlines corporate income tax rates across OECD countries.  This shows New Zealand’s current company tax rate of 28% is now one of the higher rates among OECD countries.  While New Zealand has followed the trend of other countries in reducing its company tax rate, other countries have continued to reduce their rates while New Zealand’s rate stabilised. 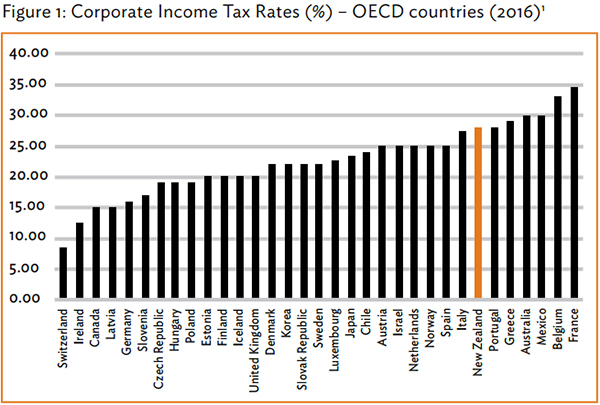 New Zealand’s goods and services (GST) regime is admired globally.  GST replaced the wholesale sales tax system that was known for its multiple rates and exclusions, which limited its ability to effectively contribute to government revenue.

Since its inception in 1986, GST has collected a large proportion of government revenue at a relatively low cost.  It commenced at the rate of 10%, increased to 12.5% in 1989 and 15% in 2010.  New Zealand’s GST system is relatively simple and benefits from having limited exemptions.  At the present time, GST accounts for over 25% of New Zealand’s tax revenue collected. 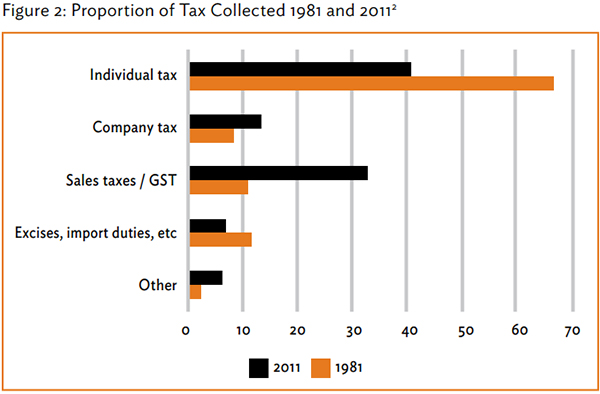 In the present time, New Zealand has few taxes that would typically be considered as wealth taxes.  However, this has not always been the case. Death duties and gift duties were introduced in 1866 and 1885, respectively.  The initial objective of these taxes was revenue generation and redistribution.

Gift duties had the additional aim of limiting the opportunity for people to avoid death duties by gifting their assets prior to their death.

In their early days, these taxes collected a moderate amount of revenue, but this deteriorated over time as avoidance measures became commonplace.

There appeared to be little political appetite to strengthen these forms of taxes, which contributed to their eventual demise. Estate taxes were repealed in 1992 and there has been no further attempt to introduce a similar tax. Gift duties were repealed from 2011.

Historically, New Zealand had a land tax that operated from 1878 to 1992.[1] In a similar way to death duties and gift taxes, it eventually collected little tax – 0.2% of tax revenue by 1980.[2]  However, there has never been a comprehensive capital gains tax in New Zealand.

There are some components of capital gains that are taxed as they are explicitly included in the Income Tax Act 2007. But in the absence of such an inclusion, capital gains are not taxed in New Zealand.

This provides a tax advantage to those who have capital assets and has the potential to distort decision-making towards investment in capital assets due to their tax-preferred status.  This approach is unusual among OECD countries and has generated much debate. While it is generally accepted that the New Zealand income tax base is effective, it is also recognised that the absence of capital gainstaxation is a gap that undermines the overall philosophy adopted to tax policy in New Zealand.[3]  This topic is covered in more detail [in article 3 by Max Rashbrooke].

New Zealand has adopted a ‘broad-base, low-rate’ philosophy to tax policy.  The concept of this approach is that taxing across a broader base provides for overall lower tax rates.

While some tax policy adheres to this approach, there are some significant gaps that challenge the coherence of the approach. The most obvious gap is the almost complete absence of taxes on capital in New Zealand.

It is notable that the primary group benefitting from this absence of taxes on capital is the wealthy who own capital assists.

By way of contrast, the group most disadvantaged from increases in rates of GST are those who have the lowest incomes.

The political sensitivity of taxing capital gains is acknowledged, but it must also be acknowledged that a broad-base, low-rate tax regime cannot be achieved when a key component of the tax base is excluded.

*Lisa Marriott is an Associate Professor of Taxation at Victoria University of Wellington’s School of Accounting and Commercial Law.. This is the second article in the PSA's "Progressive thinking series, Ten perspectives on tax."

I always have mixed feelings on the idea of taxing wealth because a sub group of wealth is savings.

That needs to be qualified to say 'the wealthy and the corporates.' That's what this government is there for,
oh and of course, themselves too.

Ms Marriott correctly identifies the distortionary effect on investment decisions that an absence of CGT has but a counter argument can also be made that a CGT reduces the attractiveness of the higher risk investments that a small economy like NZs needs. I have ownership stakes in high risk ventures solely because of the capital gain potential and would not be there if 30% of that gain were to be expropriated by the Govt.

The (correct) statement that GST is regressive needs to be also balanced by noting that redistributive transfers address this.

Can't see USA in the OECD list, has Trump withdrawn the US??

I have always thought WFF bad policy, you would get a better by not taxing the first 10K.
another bad policy was taxing benefits why give money then take some back whilst employing people to oversee the administration (IRD), another one that could be fixed with having a tax free threshold.
I remember when it was brought in and the reason? so they can contribute to NZ as well

That was one thing I had to agree with Joyce on, (and that nearly choked me!). We have always had some sort of break for families with children and I think we could all agree that it is good thing. It is just how you choose to do it, I would opt for the simplest method, not sure that WFF is it, but it is what we have at the moment. I would rather see more of that and less of welfare for landlords in the form of accommodation top ups, to be frank.

I have always favored a simplified tax system, just a GST tax and skip the rest. Working out tax is a huge industry which isn't actually productive. It is a drain on the economy and on peoples time. If we just paid GST then it would also be a tax on consumption and would encourage people to save. I realize the GST would have to be about 35%.
I'm sure lots of people will tell me why this is not a good idea so please explain, I'm listening.

Financial transactions tax, GST no longer fit for purpose with all the overseas purchasing, A tiny percentage on every single movement of money through banks, in this digital age, perhaps the simplest thing of all. 35% GST is far too onerous on the low paid, who have little choice where saving is concerned and with that amount of GST even less. Spread the load as far as you possibly can, that way it can be spread a little more thinly