Bob Stephens says taxes are paid at one stage of the lifecycle in the expectation you will receive a benefit at a later stage, claims it is a redistribution of one's own wealth as well as from rich to poor

Bob Stephens says taxes are paid at one stage of the lifecycle in the expectation you will receive a benefit at a later stage, claims it is a redistribution of one's own wealth as well as from rich to poor
30th May 17, 6:02am
by Guest 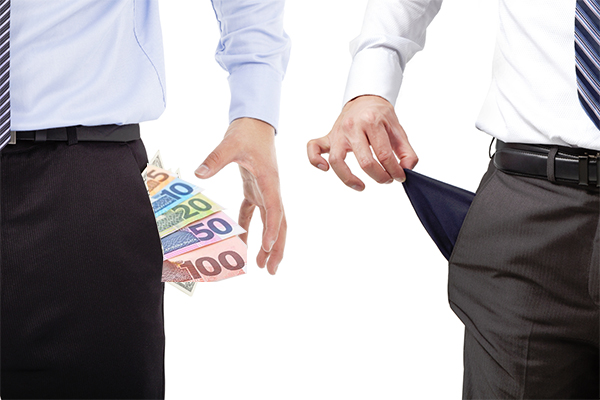 This is the sixth of ten articles in the Public Service Association's "Ten perspectives on tax" series.*

Tax, along with government expenditure, also permits the redistribution of income from the current well-off to the current less well-off; from those without dependents, to those with dependents, especially children; for individuals throughout their lifetime; and between generations.

Taxation is part of a social contract, developed and endorsed via the political system, which links all members of society through the interaction of all government expenditures and the payment for those services. Taxation is not just personal income tax, but covers GST, company taxation, excise duties, tax on fringe benefits, as well as ACC levies and road user charges.

Profits from state-owned enterprises and government deficits are other ways of financing government expenditures. Government spending includes social security, pensions, health care, education, infrastructure, defence, police, environmental protection and the operation of the state itself. Taxation must be considered along with the benefits that accrue from government spending.

For this social contract to be acceptable to society, it must be seen as fair. Fairness is multi-faceted. Fairness covers both horizontal and vertical equity, and incorporates inter-temporal and inter-generational equity.

Horizontal equity requires that individuals in similar economic and social circumstances pay the same level of taxation. Vertical equity is the appropriate amount of tax (and receipt of government services) that the rich pay relative to the poor. Without horizontal equity, attempts at ensuring vertical equity are a random lottery. Overcoming flawed policy from the past creates winners and losers, but this is a way of increasing fairness and thus enhances the social contract.

Unlike the market, a major problem for taxation is the separation of a direct link between payment and receipt of government services. This separation is not just today, but also occurs on a temporal basis: today’s government funds school children who are tomorrow’s workers and taxpayers, and these people subsequently become recipients of pensions. The current fall in the number of taxpayers relative to pensioners is seen as unfair to the younger generations who will need to foot a larger tax bill to maintain existing level of services. However, today’s pensioners paid taxes in the past in the expectation that they would receive a pension. The social contract applies over the life-cycle.

Radical tax reform, changes in the degree of provision and payment for government services, or significant changes in demographic structures, can easily change inter-temporal notions of fairness. The social contract cannot be seen in isolation from wider changes in economic and social conditions, such as increasing market income inequality, market liberalisation, changes in family formation with sole parenting, longer life expectancy and higher divorce rates.

It is seen as unfair that multi-national companies can use tax havens to avoid tax on New Zealand derived profits, or that some individuals can structure their financial affairs to permit tax avoidance and tax evasion. Tax rules allow some sources of income to be treated differently. Those who receive income from tax-advantaged second housing, or capital gains, face far lower effective tax rates than wage earners. Housing is a preferred investment to other assets which raises house prices and imposes a burden on current and future generations. Issues of horizontal inequity led to the 1986 tax reform, with the uniform GST replacing a wholesale tax with rates ranging from zero to 60%.

Some sources of income such as fringe benefits were tax free whilst others had a marginal tax rate of up to 66%. Horizontal equity is also the level playing field, allowing resources to go to their most efficient use.

The degree of vertical equity is a social judgement, to be determined, in part, by the political process. The substantial widening of market income inequality is hard for government to counter, but in New Zealand income inequality has been exacerbated by the lowering of personal income tax rates, especially at the upper end of earnings, with the top tax rate now being 33%.

Over the last 30 years the personal income tax system has become far less progressive: for someone on average earnings, the tax rate has fallen from 23% to 19%, while at 3 times average earnings the average tax rate has gone down from 38% to under 30%. The targeted nature of family assistance (a tax credit) has led to a fall in the inequality of the tax system for those with dependent children.

Much income redistribution occurs throughout one’s lifecycle, between periods of relative ‘want’ and relative ‘plenty’. Market incomes rise during the early periods of employment, flatten, and then drop dramatically when retired. In a family there is often a shift from a one-income to a two-income.

This combination of benefits and tax payments smooth out variations in living standards over the lifecycle, with people contributing when the incomes are relatively high and receiving net benefits when incomes are relatively low. Taxes are paid at one stage of the lifecycle in the expectation that you will receive a benefit at a later stage: a redistribution of one’s own wealth. Most households pay roughly the same amount in tax as they receive in benefits, but that there is some redistribution from lifetime rich to lifetime poor.

With the ageing of the population, younger taxpayers may contribute more taxes to the welfare state than they will receive from it, while the baby-boomers will be net beneficiaries. For fiscal balance, when today’s young retire, the smaller tax base will require a cut in benefits (especially superannuation), or higher taxes. The development of the New Zealand Superannuation (Cullen) Fund was designed to offset this intergenerational inequity: government payments into the fund increase current tax payments; drawing down the fund, post 2040, tax payments for superannuation need not increase. This lifecycle redistribution would permit future payment of pensions, limiting the spectre of intergenerational inequity.

The social contract is thus multi-faceted: taxes pay for current government spending; taxes allow for income redistribution between current rich and poor; they are an effective method of redistributing income and expenditure over one’s lifetime; and they can show whether different generations are treated equitably by the state.

*Bob Stephens was an associate Professor in the School of Government at Victoria University. He retired in 2010. This is the sixth article in the PSA's "Progressive thinking series, Ten perspectives on tax."

Bob makes some good points here. some are worthy of further comment; the young today complaining about the cost of supporting current retirees - as Bob points out the social contract those retirees had with their politicians was that they would be cared for in their dotage. The young today need to focus their angst against the politicians who squandered that income (remember Piggy Muldoon dipping in the the Govt Super fund?) that was supposed to cover this off, and National not paying into the Cullen fund that will pay for their retirement?

And multi-national corporations not paying tax on their operations in this (or any) country. A part of that social contract is the provision of infrastructure, as Bob mentioned, schools, roads, power etc. Multi-nationals benefit greatly in many ways from that infrastructure. Thus to allow multi-nationals to operate in anyway that allows them to avoid paying taxes here is a blatant breach of that social contract, and a betrayal of the very people who put our Government in office.

If you are a millionaire you do not need NZ Super. I do not mind pay taxes so super can be paid to elderly in need. But taking money from struggling young people to pay for holiday spending money for wealthy old people is obscene. Especially when those elderly received benefits over their life time that are no longer available to the young e.g. free tertiary education.

The article would be more interesting if it discussed the political power able to be exerted by a generation which has the majority of voters.

Frankly, anyone who is a millionaire can appear to be anything they like! That's how Google etc get away with paying targeted tax ( what they want). Universally paying the Aged Entitlement Pension recognises that fact ie: it's pointless trying to 'catch' the millionaires as for pension purposes, because there won't be any!

Wouldn't that logic apply to the dole and DPB?

Why not means test on the value of one's primary place (or places) of residence?

The problem is that one element of the social contract - the Pension - is discussed here, while another - housing - is not. The Pension is predicated on people having their own home mortgage free in their retirement. Previous generations and their governments contributed to home ownership through the use of government builds, land tax, cheap government leasehold land for new builds, cheap Housing Corp loans and other measures. This resulted in the high rate of home ownership achieved for Boomers.

Now we see the social contract being betrayed through the abandonment of affordable housing management for the speculative profit of the Boomer generation, while still expecting young Kiwis to fund the Boomers' in many cases completely unneeded pension (given their lottery ticket windfall).

The social contract has been broken.

And young Kiwis are being admonished that this is how it should be and it's all the fault of smashed avocado (AKA The Antichrist) that most of them have never tasted.

I feel it is worse than that Rick. Most of this 'contract' is founded on unspoken expectations and rules; which differ from person to person.

Upshot being when Murray's 'contract' with piggy went belly up apparently Murray feels a third party who wasn't even in the original negotiation should be liable (the next generation). That is some funky contract law right there.

Our social contract is slowly collapsing under the combined weight of human envy, greed, selfishness, laziness, entitlement and jealousy.

Some interesting and valid points. But I would like to pose a single question:

I think we can see that happening now in the form of pensions, etc... My "social contract" clearly will not include pension when I hit 65. I started my working life when the retirement age was 65. 20 years later that age has now gone up (is that a new social contract?). I am sure it will go up again in the 30 years I have left at work.

Maybe we should do a pro-rata calculation for each "social contract" we hold.

Houston ..It seems we may have a problem

It's good to have contributors with such in-depth understanding and long experience.

Makes it easier for people like me to make sense of the world!