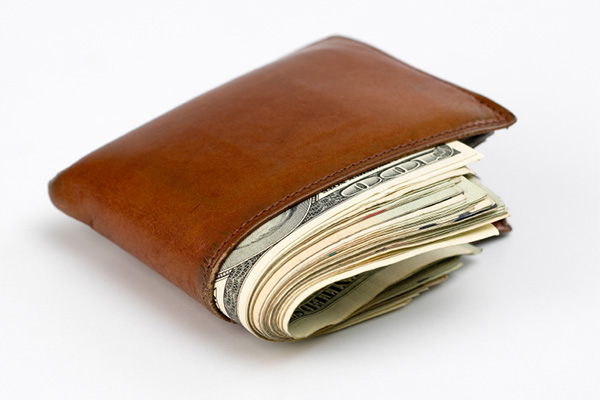 Emirates Team New Zealand has earned this country the right to host the next America’s Cup, currently scheduled to take place in 2021, and Auckland is clearly the front runner to be the host city.

But to listen to Mayor Phil Goff, it seems his great enthusiasm for the winning team on their return after winning the Cup in Bermuda may disappear unless everybody other than Auckland contributes to the hosting costs.

This stance is understandable when one considers the Council’s commitment to holding annual rate increases at 2.5%, but it ignores the bigger picture. Without the last America’s Cup defence Auckland would not have seen the Viaduct development, but surely nobody could envisage the harbour and waterfront without it.

The financial benefits of the next defence are estimated to exceed $1 billion; although some of this will trickle down to other parts of the country, the majority will be spent in Auckland.

If the Council wants this to happen, it will just have to work out ways of funding its share of hosting the next Cup regatta. Otherwise we may find it goes somewhere completely different, even off shore.

The first question to be answered is exactly what the responsibility of Council is, as distinct from that of the Government, Team New Zealand, NZ Yacht Squadron, Cup syndicates and the private sector. All syndicates would take responsibility for leasing facilities and customising them to meet their requirements. But it is pretty obvious that ownership of the waterfront and land required as a syndicate base rests with the Council and this would have to be made available to them in a usable condition. Private alternatives, for example Gulf Harbour, might be available, but access logistics to and from the Whangaparaoa Peninsula make this unrealistic.

The Government has provided $5 million to enable TNZ to retain its core team while it draws up the new America’s Cup protocol, but this will only last so long, before financial reality starts to bite. Without decisions on the venue, boat design and Cup village base, it is difficult to raise money for the defence programme or to attract challengers prepared to commit to entering.

Auckland has its own designated tourism, events and economic development agency ATEED, whose Chief Executive Brett O’Reilly welcomed the opportunity the Cup will provide for waterfront development, accommodation, tourism, boat building and servicing, and major events. Hopefully the Council won’t treat ATEED’s enthusiasm as negatively as when it attempted to develop a new brand for Auckland.

It is hard to imagine the Auckland Council failing to grasp the nettle of spending what is necessary to provide the infrastructure without which the Cup can’t proceed, even if it develops partnerships with central government and the private sector to make it happen.

If Auckland turns the opportunity down for lack of vision, it would be a laughing stock ... but at least the rates would be kept down!

There's no way we can let the next America's Cup be hosted offshore. Let's get busy NOW and do whatever it takes so it's being held in NZ

I watched the racing and noticed how small the finish line audiences were, and the lineup of megayachts and cruise liners.
Then some celebrity said the hotels were half empty.
Perhaps we just do nothing but build a better boat?

The Americans cup would be so good for Auckland, the timing could be perfect, I can't see nz getting out of the housing correction we are entering now and hopefully a light one but the timing of the American cup running up to it could be just what the doctor ordered , putting nz in everyone's minds, very positive thing and even better after a downturn, the perfect kick in the pants

It's not the American Cup O4, lol

... they've been changing and twisting the rules for over 100 years just to keep their sticky cheating Yankee yachting pinkies on the Auld Mug .... it bloody well is so the Americans Cup ...

So sorry I put a n, to keep u happy I have a lot of trouble reading and writing, in short I have to read and write everything three times to get it right, people probably have noticed, I'll try not to comment on here sorry again

It's OK O4, don't let it bother you. You can always use the edit function if there is anything requiring altering without changing the gist of the post. Hang in there!

I think you are doing fine and we can all understand you, which is the most important thing, please don't go away you are to be admired

Wouldn't it be better in Wellington instead? There needs to be a lot of development in Wellington on the waterfront, as it is seriously lagging over recent years. So this could be the catalyst for that. Harbour racing would be awesome with those small cats. If it was held in Auckland, I imagine that can't use those cats, so they would need to develop an entirely new boat.

I don't understand why we need new infrastructure. Lease out some space on Silo park for the team bases, as viaduct spaces have been redeveloped. Aside from that, we hosted it before, why do we suddenly need billions in new infrastructure to host it again?

Exactly. It's not the Olympics or the world cup, it's not like there will be 100,000s of people flying to watch. It's a temporary event. Get a grip,

I think kiwis have a distorted idea of the Americas cup as if it was some kind of thing the world cares about.
It's quite sad that speculators have put their hopes in this event for property prices to increase. After the "Chinese New Year" and the "Elections" it's probably the most absurd forecast I've heard.
Possibly due to the kiwi media magnifying NZ's achievements and creating a feeling that the world's eyes look towards our little corner of the globe. Proof of that is the hilarious self-indulgent show to celebrate the softball world championship. The world doesn't even care much about rugby. If you're expecting Auckland to become a "global" city you should get realistic information about what the world mostly cares about. The America's cup is only known by people who enjoy sailing, and NZ is way too far from the main populated areas of the world to attract that much interest.

It's very difficult to pump bubbles that have burst, it's never really happened. Get over it and do some real work, something good for society.

I don't think New Zealand cares about it much any more. It was fun the first time round with KZ7, but now the whole thing's just distasteful.

I'm keen on sailing and love the Americas cup but you are quite correct, it's not a big deal. The Bermudans put a huge amount of money into it and are reportedly very disappointed and they're just a short flight from mainland USA and not far for Europeans. The recent Lions tour for example is a far bigger deal in terms of overseas visitors and international exposure. Lets not get carried away.

muntijaqi - the dream of the average kiwi boomer is to go to the grave owning 3 rental properties, the americas cup and the rugby world cup. 'Winning' is their way....It's a distorted type of happiness....material ownershp of 'things'...moral compass is lost somewhere in bermuda....

Glad you used the word "average kiwi" but it has reached the point where more than 50% of the population, (a slight overweighting in boomers), who do not, or no longer, follow the Americas Cup or the Rugby World Cup because they can't afford Sky TV

Out of interest - are you a boomer that owns rental properties?

Q. Do I own a rental property
A. No

Q. Do I own multiple rental properties
A. No

Q. Am I a natural born kiwi
A. Yes

Q. Are you a natural born kiwi ?

What generation are you? Yes born in NZ

Well now, we have a stand-off
One says yes, the other says no
My guess is not a born-kiwi

It would be foolish to agree with anything DGZ has to say....he/she has proven to be full of hot air on most things (if not everything)...his/her account should really be called FAKE NEWS. His/her comments resemble Donald Trumps twitter account..(ps I think DGZ was referring to self...)

I wonder how many kiwis walked past or climbed over the homeless people on Queen St, trying to avoid eye contact, during the americas cup victory parade?

'Careful darling, watch out for the homeless guy, he might be diseased - ooh look - there goes Blair Tuke and Peter Burling!!!'

Pump up the jam and pump up the volume. We need you America's Cup, Auckland house prices need you! Pump it up.

Blimey, the cup runneth over.

This writer like many others exaggerates the infrastructure upgrades that are required.
The America's Cup is a really nice, niche event. It is NOT a major event. Far from it, in fact.
Goff is right to concentrate on the things that really matter.