Motu on Nobel Prizes, discussions of MMP, feeding the world, a Pakistani teen's scientific first, how economics has a problem with women, solving the riddle of Kim Jong-un backwards and more

Motu on Nobel Prizes, discussions of MMP, feeding the world, a Pakistani teen's scientific first, how economics has a problem with women, solving the riddle of Kim Jong-un backwards and more
13th Oct 17, 10:02am by Guest 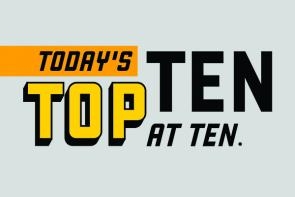 Richard Thaler more than deserved to win this year's Nobel memorial prize in economics. He has laid the foundations for almost every field in behavioural economics. See also here and here. During the press conference someone asked why the committee doesn't give the prize to multiple winners. The committee obfuscated. However, if someone was to share the prize with Thaler, our top prediction would be Colin Camerer, professor at Caltech, a long-time co-author of Thaler, a pioneer in both behavioural game theory and neuro-economics.

Also, we don't find Thaler humorous enough, at least in his answer to a Chinese journalist asking him for his opinion on the Chinese economy. He should have said: well, I am no expert in Chinese economy but my colleague Zhiguo He is. Let me give him a call now.

New Zealand's diversity of political parties in Parliament isn't too bad compared to Germany, especially when we look at its election results in 1972 after the same amount of experience with the MMP as we have had now. Nonetheless, there are simple changes that could make MMP work better with respect to the issues we've seen in our recent election. The author of MMP: How does New Zealand stack up?, is an advocate of reducing the vote share threshold for a political party to enter Parliament.

Peter McKenzie, the author, also proposes abolishing the 'coat-tails' rule, increasing public funding for advertising to political parties, and improving civics education in the school system. For a more academic but still easy to read take on MMP, in Not a Moral Right to Govern, Professor Jack Vowles discusses why a moral right to govern with 44% of the vote is inherently incorrect in the MMP system. He also discusses what a pity it was that for the 2017 election we experienced a first-past-the-post campaign and media coverage inappropriate under MMP.

Applications for funding of research take up large amounts of researchers' time while the chance of success tends to be low. The authors of this blog article are even more worried that the peer review process for competitive funding is curbing researcher's incentives to be creative and take risks.

4. The tiny country feeding the world. 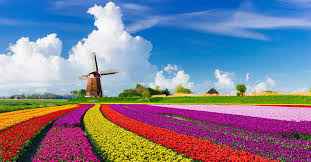 This National Geographic piece describes the innovative and high-tech agricultural system of the Netherlands. The country is second only to the United States in the value of its food exports, despite the US having 270 times the landmass.

The Dutch model may be essential to fighting hunger in the coming decades, as populations grow.

Jeffrey C. Hall, Michael Rosbash and Michael W. Young used fruit flies to isolate a gene that controls the rhythm of a living organism’s daily life. They've been awarded this year's Nobel Prize for Medicine for taking a “peek inside our biological clock,” helping “explain how plants, animals and humans adapt their biological rhythm so that it is synchronised with the Earth’s revolutions,” the Nobel Prize committee said. The findings are incredibly important in a rapidly developing world in which our schedules are getting busier and more irregular.

This was the first time I’d read a piece by Talia Marshall, but I now will follow her writing with a close eye. Marshall’s essay ‘Macrons’ eloquently places her experience of battling with editors, regional dialects and keyboards when writing te reo in historical, cultural and emotional context. Drawing on statistics, personal experience and turning points for our society, she uses humour to tell an important story of our beautiful indigenous language and people.

At just 17 years of age, Muhammad Shaheer Niazi’s research on the electric honeycomb phenomenon has been published in the Royal Society Open Science Journal.

8. Yes, Economics has a Problem with Women.

This piece by Professor Julie Nelson extends the conversation restarted recently (by Alice Wu’s analysis of Econ Job Market Rumours online forum) to two other issues prevalent in the economics profession. As well as drawing on personal experience, Nelson discusses her meta-analysis into gender based claims such as “women are more risk averse than men” in the economics literature. That research found both simplistic thinking and confirmation bias are rife in the literature on gender and risk-aversion. This article is a call to arms for economists to wake up to its gender biases.

People should never underestimate professors' ability to produce Trump-like argument. If you doubt whether this is indeed a joke, perhaps you have learned something.

Re #4 , Agriculture is way ahead of the food crisis, more of a problem with surplus. the 150 farmers in Russia with 100,000 + hectares of wheat each, the GM Maize grown in Manitoba, Saskatchewan and all over Scotland what was thought impossible is now common, they even grew maize in Fairbanks, 160 miles from the Arctic.
No the problem we have is high costs making it hard to compete. A hectare of Maize in NZ has costs of 3k US$ a hectare before any land cost, in the US it's 2k a hectare, Brazil, Ukraine, Russia and the rest of The CIS it's under $700 a hectare including cost of land rental, rates etc.

the problem is actually having sufficient customers who can afford the output (which is your high costs problem rephrased). No good having all the wizardry in the world producing food for no return - And in a functioning economy they need to ultimately make payment back in resource terms ... ie in money backed by resources, not in monopoly money

After the collapse of Rome there were slaves everywhere (representing energy resources)... and no buyers.

My cynical view is that is the attitude and motivation which prevails globally. This is not about feeding people at all, it is just about profit, because one can, and if not it would not be done. Jump aside to the Rohingya, no people smugglers plying their trade there, they are just not profitable to engage with. Note also the retinue of Muslim nations standing aside from aiding their brothers there, where are the offers of a home? While good folk are helping others every where they can, in a macro sense there is no free lunch.

ie. the high costs you refer to are effectively (energy) input costs ...

I would add to Ham n Eggs that while immediate land cost is excluded, how about that through the supply chain? Every supplier has a lease to pay, and presumably a mortgage on their home.

Bay is interesting. He espouses a scenario i suggested to an ex-mil colleague a couple of weeks ago. I am ex-mil too.

It's still hard to believe that Trumps rhetoric can be constructive, but he is right when saying that people have been negotiating with NK with no effect for years.

Since finishing in 1953, the NKs are now almost into their 4th generation from it, which means few if any will remember it. This means that any hopes of reunification are faints ones at best, impossible at worst. Chinese intervention is virtually the only scenario that provides any real hope of avoiding war.

What they really want is North Korea's rare earth deposits. Do we really want China to have even more of this stuff?

Yes and worth it to remove a serious threat of nuclear war. China takeover is a reasonable solution otherwise the NK will just keep getting crazier (only way of maintaining power) ~ Trump is not that important; NK would be acting the same if the USA president was a reincarnation of Ghandi & mother Theresa.

Or we could sponsor an invasion by fleet of drones - say a million drones flying over NK dropping photos and memory sticks showing how the rest of the world lives.

I thought the whole point for China was to keep a hungry pit bull in the back garden to keep out the dodgy neighbours (ie the US and Russia).

Arse backwards thinking, is the problem.

We have more trouble with petulent brats, when all one needed was a bit of simple clout.

One ruler, one smack...maybe two.

Mean what you say, wipe the little sod's tears and fears away, send in the drones, not drone on somemore. Twit has no compunction to stop what he is doing, nor did he mind killing off the opposition....he is truly a Daddy's boy....but did not favour his Uncle.

Even 10,000 can be regimented by a General consensus...One false move, send in the suicide drones.

They would not even see the drones coming....could even buy a few from China, made in China, no doubt anyway.

Or one could kiss and make-up.....Two twits with Silly hairstyles, must have something in common.

I do not favour the Dogs of war, method but a simple Drone Target, might get the rest of the population to come to heel, especially when you tell em....YOUR NEXT...and damn well mean it.

Assad is another case in point.....Russia, his best mate...now, so America lost the Plot there too....pissed off about oil...in US Dollars.

Never upset the nutters.....ask Ukraine how they feel...about Putin, they know he means well....Big OIL...Wells ...and in cahoots with Assad....no Borders for Putin on the Agony, Putin on the Style..