England-based professor puts the case for 'managed trade and investment', more scope for state subsidies and capital controls, and shallower rather than deeper integration in trade deals

England-based professor puts the case for 'managed trade and investment', more scope for state subsidies and capital controls, and shallower rather than deeper integration in trade deals
9th Nov 17, 5:02am
by Guest 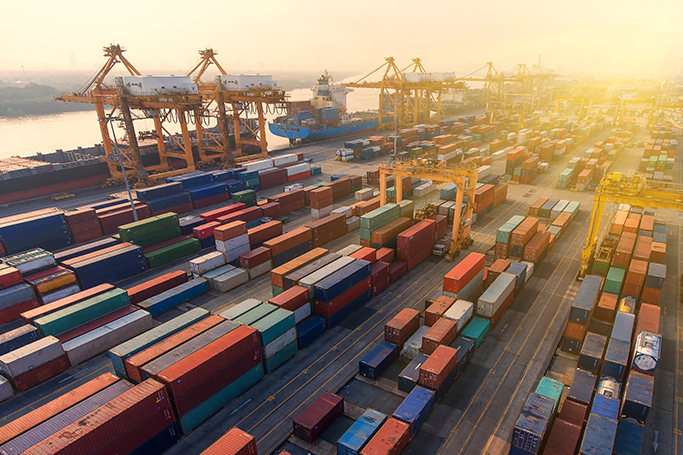 On the face of it, the lack of enthusiastic consensus for mega-regional free trade agreements, such as the TPP, is surprising. Trade obviously brings benefits, and more trade should bring more benefits.

But the underlying argument for free trade rests on a raft of assumptions so unreal as to make it a poor guide to public policy.

For example, the theory of comparative advantage assumes that when two or more countries lower their tariffs to each other, they all maintain full employment. But this assumption rules out ‘transitional costs’ of increased exposure to trade, and thereby avoids a trade-off between the welfare gains from trade and the welfare losses from unemployment or precarious employment. John Maynard Keynes made the point in a memo to the Macmillan Committee on Finance and Industry in 1930: ‘Free trade assumes that if you throw men out of work in one direction you re-employ them in another. As soon as that link is broken the whole of the free-trade argument breaks down’.

The unreality of the constant full employment assumption is brought out in recent research by David Autor, David Dorn and Gordon Hanson. They study the effects of ‘the China shock’ that began in the early 1990s in the form of a surge of manufactured exports to the United States. They find that: ‘Alongside the heralded consumer benefits of expanded trade are substantial adjustment costs and distribution consequences… Adjustment in local labor markets is remarkably slow, with wages and labor-force participation rates remaining depressed and unemployment rates remaining elevated for at least a full decade after the China shock commences… At the national level, employment has fallen in U.S. industries more exposed to import competition, as expected, but offsetting employment gains in other industries have yet to materialise.’ They calculate that about 55 per cent of job losses in United States manufacturing between 2000 and 2007 was caused by ‘rising exposure to Chinese import competition’ (as distinct from ‘technological change’), and 33 per cent in the earlier period between 1990 and 2000.

A second assumption of the free trade argument is that the move to free trade does not cause higher income inequality. The argument accounts only for aggregate income or consumption gains from trade. To see the significance of its neglect of effects on income distribution, consider an example from Ian Fletcher.  A country lowers trade barriers, then exports more aircraft and imports more clothes, in line with its comparative advantage. Its Gross Domestic Product (GDP) goes up, and economists, politicians and business leaders declare import liberalisation a success. But for each million dollars of production, clothing requires one white collar worker and nine blue collar workers, while aircraft require three white collar workers and seven blue collar workers. So demand for white collar workers goes up, demand for blue collar workers goes down; and their wages move in the same direction. Since most workers are blue collar, most workers face a fall in their employment conditions, even as GDP goes up, thanks to free trade moving the economy’s production structure closer in line with its comparative advantage.

The economist’s standard response is that (1) the aggregate gains in income will be sufficient for the losers (the blue collars) to be fully compensated; and (2) the economics profession’s endorsement of free trade ends with the gain in overall income, and it is up to politicians to decide the distribution of the gains. According to this response, economists have no scientific basis on which to make an equity judgement, while they do have a scientific basis to prescribe ways to improve efficiency. We know how this story about compensating losers ends in practice.

In light of these and other unrealistic assumptions, the theory justifying free trade policy does not survive much scrutiny. But my argument should not be construed as ‘anti-trade’. Free trade, in the sense of low tariff and non-tariff protection, is the sensible rule of thumb in most sectors most of the time. It is sensible because the efficiency gains are often real, even though the theory of comparative advantage over-generalises them; and because it is a simpler rule for any state and for inter-state agreements than rules for managed trade.

But trade agreements have to recognise the legitimacy of some of the opposition coming from farmers, workers, small businesspeople, consumers, environmentalists and human rights activists; and from the populations living in regions of countries which are backwashed by fast trade liberalisation while other regions benefit (think of the English Midlands compared to London and the southeast). This may sound obvious, but the fact is that trade agreements so far have neglected the personal and regional distribution of income and consumption gains, on the optimistic assumption that ‘in the end’ all will be better off – that ‘a rising tide lifts all boats’, rather than ‘a rising tide lifts yachts but not rowboats’.

The key point is that liberalisation agreements on trade, investment, capital mobility and other domains of economics and finance typically have far-reaching, ambivalent effects on the structures of production, employment and income distribution in which national populations live. They express the spirit of ‘deep integration’ or ‘integrative globalization’, as though the aim is to make the whole world into one economic country, in which each state has no more control over flows of goods, services and people across its borders, or the stocks of foreign investment claims on its assets, than US states have over theirs.

When assessing effects of ‘trade agreements’ it is important to remember that these days they are not mainly about stimulating trade. They are more about facilitation of foreign investment, which for the most part means facilitation of investment by western multinational corporations in other countries. The accumulation of so-called free trade agreements, with their investment clauses, is building up a body of international investment law favourable to western firms, especially through clauses on ‘investor versus state dispute settlement’ (ISDS) and through case-by-case judgements about investor-state disputes, such as those before arbitration panels under the World Bank’s International Centre for Settlement of Investment Disputes (ICSID). The emerging international law  prioritizes the profits of multinational firms over social and environmental protections in host countries.

Good trade and investment agreements should be structured to allow more ‘policy space’ for participating governments than hitherto; which means less of a drive for harmonising laws and regulations (for example, more scope for state subsidies to help restructure industries on the verge of being knocked out by imports, and more scope for governments to deploy capital controls to restrain hot money inflows and outflows). Trade agreements should be regarded not as the core of – let alone a substitute for – national development strategy, as they often are, but as one part of a larger strategy in which the state imparts some directional thrust to the economy and takes care to keep income and employment inequalities within check. Inter-state agreements, including WTO rules, should be revised to aim at ‘shallower’ rather than ‘deeper’ integration, and permit more government ‘leadership’ and ‘followership’ of the market – sometimes by leading the production structure into activities the private sector would not undertake on its own (leadership), sometimes by making bets on initiatives already underway in the private sector to assist those initiatives to scale up (followership).

But the first step is to dispense with the saturated scorn with which managed trade and investment is dismissed as ‘protectionism’.

Robert Wade is currently Professor of Political Economy and Development at the Department of International Development, London School of Economics. This article was first published on AUT's Briefing Papers series. It is here with permission.

Interesting, innit, that this 'ere Erudite Article has received zero comments from common taters (your 'umble scribe excepted, of course). P'raps that's because it dinnae fit neatly into the right/left continuum, seems not (on a cursory scan) to mention Housing, and thus affords fairly much zero incentive to throw faeces ineptly disguised as Contributions to Discush, over the fence?

Published at 5.02 am! Can't say I saw it this morning. Must have come-and-gone in a flash. But well done you, spotting it!