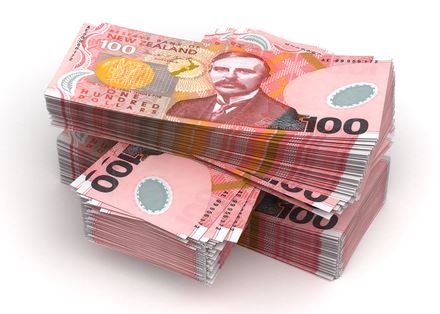 In response to our low wage economy the new government has committed to raising the minimum wage from $16.50 an hour progressively to $20.21 per hour by 2020. Aside from directly helping out minimum wage earners, the theory goes that a rise in wages will boost local economies through increased spending.

So if we’re committed to giving people back more, is tinkering with the minimum wage the best way to go about it? What if, instead of increasing the minimum wage, people got a tax cut?

By contrast, National’s tax cuts proposed in this year’s Budget would have given a person on the minimum wage an extra 77 cents a week. Complicating the picture further, for those earning below $48,000 a year, the tax cuts of $10.77 per week were mostly offset by the scrapping of the Independent Earner Tax Credit worth $10 a week. So on the face of it, given a choice between a wage increase and a tax cut, someone on the minimum wage would choose the wage increase.

Except that for some people, earning a few extra dollars could mean they wind up with nothing. Hang on – if the highest income tax rate is 33%, how is that possible? Welcome to the world of the effective marginal tax rate (EMTR). High EMTRs are a huge problem for anyone receiving social assistance such as Working for Families (WFF) tax credits, or the accommodation supplement. It affects the 310,000 families receiving Working for Families, some of whom are also amongst the 136,000 households receiving the accommodation supplement.

At present, if a person’s annual income exceeds $36,350 any social assistance they receive is abated at a rate of 22.5 cents per dollar. For example, the marginal tax rate for someone earning the average wage of $58,935 annually is 30%. If they are also receiving WFF, the abatement of these credits at 22.5% increases their effective marginal tax rate to 52.5%. Add in ACC of 1.39%, KiwiSaver at 3% and perhaps a student loan repayment of 12% then the EMTR rises to 68.89%.

This combination of tax and abatement makes it difficult for those with below average income to move ahead. At a tax conference in 2014 Inland Revenue illustrated this problem with the example (PDF) of a single parent with two children living in Auckland.

If the solo parent wasn’t working, the combination of sole parent support (formerly known as the domestic purposes benefit), temporary additional support, accommodation supplement and family tax credit resulted in net income after tax of $700 per week. If the solo parent worked 30 hours (at the then minimum wage of $14.25) their net income would rise to $805 after tax. In effect, the solo parent was working for an extra $3.50 per hour from which they would have to meet additional childcare and transport costs.

None of this is new. In 2009, the last tax working group looked at the issue and concluded “the existing social welfare system is in need of major review”. However, its recommendation to find “alternative ways of dealing with high EMTR problems” was ignored.

Inland Revenue’s Briefings to Incoming Ministers have also repeatedly covered this issue. The 2014 briefing noted that “although some taxpayers do face high EMTRs, they are the minority”; about 14% of taxpayers (approximately 488,700) face EMTRS of over 40%, and 7% face EMTRs of over 50%. Nonetheless, many of those who face very high EMTRs of over 60% have relatively low incomes, with the median income of the estimated 108,150 taxpayers whose EMTR was more than 60% just $35,000. What this practically means is that these people on low incomes face financial disincentives to work more.

One reason why abatement has become such a problem for relatively low-income earners is that the tax thresholds involved have not regularly been adjusted for inflation – inflation adjusting was dropped in 2010 by the then National government. This is also a problem for taxpayers not receiving social assistance, as increases in wages move them into higher tax brackets. This effect, known as fiscal drag, is a sneaky way of increasing taxes without attracting too much attention. Overall, the effect of fiscal drag is currently about $800 million annually.

National’s tax cuts included in the last budget would have ameliorated the effect of fiscal drag, but not significantly. The new government has instead decided to focus its initial tax package on lower-income earners facing high EMTRs. However, the problem of fiscal drag remains and will need to be addressed sooner rather than later.

Maybe it’s about time governments of both hues started being more honest about their use of fiscal drag, and instead – as happens for ACC – income tax thresholds were automatically adjusted for inflation each year. That way the public would know what was actually a tax cut, instead of a long-overdue inflation adjustment.

It’s not clear if the question of index-linking thresholds is something within the terms of reference for the new Tax Working Group. Furthermore, it appears the vexed issue of the interaction of tax and social assistance is to be dealt with separately. That’s probably a good idea given the scale of the issue. Could it also be a hint that some form of universal basic income might be under consideration?

*Terry Baucher is an Auckland-based tax specialist and head of Baucher Consulting. You can contact him here »
This article first appeared on The Spinoff here and is used with permission.

Agree totally. The existing transfer system we have is a dog's breakfast.

"It’s not clear if the question of index-linking thresholds is something within the terms of reference for the new Tax Working Group. Furthermore, it appears the vexed issue of the interaction of tax and social assistance is to be dealt with separately."

That's it in a nutshell. It will be 'dealt with' (to?) in silos which approach guarantees that issues such as EMTR can be concealed, not addressed, and the relentless positivity continued.

Because EMTR is nothing if not an unfortunate interaction between general taxation and general welfare systems. Draw a veil over that interaction by popping the Silo of Silence over each system, and hey presto, what problem?

So the TWG is there simply to find ways to get from the always-solvent Golden Gooses, the Most Feathers with the Least Hissing. As always.....

I guess then a tax free threshold is on the cards?