Milford Asset Management's Stephen Johnston compares the biggest listed companies of 2008 with those of today, detailing what has changed and why

Milford Asset Management's Stephen Johnston compares the biggest listed companies of 2008 with those of today, detailing what has changed and why
3rd Feb 18, 7:25am
by Guest 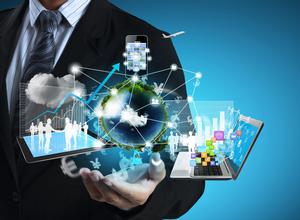 What a fascinating time to be an investor! The world is changing at a phenomenal pace and nothing illustrates this better than looking at changes in rankings of the world’s largest companies. Mind you this is not a global trend, but region specific. Let me tell you more.

Stating the obvious, you will not be surprised it is the technology sector that is the key catalyst for change in the world. Technology companies not only dominate our daily lives (how many times have you checked your iPhone today?) but also the ranking of world’s biggest companies. More on that in a moment.

Who do you think the smartest graduates want to work for these days? It’s not the investment banks anymore but the T-shirt, sneaker wearing, fast moving internet giants like Amazon, Google and Facebook. These technology giants are achieving world domination by investing heavily in developing new products and services leading to an explosion in innovation and faster growth. As these companies become more dominant, they are disrupting established companies. Think of the impact of Amazon on the retail sector.

These large technology companies which benefit from globalisation, are accessing new markets. Any promising small company that could compete is quickly gobbled up by its larger rival. For example, Facebook acquired upcoming threats WhatsApp and Instagram, while Google has made more than 120 acquisitions in the last 10 years.1

Now back to company rankings. The US is where we are seeing more rapid changes in its biggest companies than any other region. The table below shows the top 10 US companies 10 years ago versus today, ranked by market value (market capitalisation) in US dollars. Fast forward 10 years to 2018 and the change in ranking of the top 10 companies in the US is quite dramatic. Apple is now the largest company in the US, and the world, with a market cap of US$890 billion (about 5.5 times New Zealand’s 2016 GDP). Look at the dominance of technology companies! Now the five biggest companies in the US. If you had held Amazon shares for the last 10 years, you are a “lucky individual” as your investment has gone up in value by an astonishing 12 times. Can you believe Facebook was only founded in 2004 and is already the 5th largest company in the US?

Okay, what about closer to home, are we seeing technology companies dominating the top ten in Australia and New Zealand as well? Clearly not when we look at the table above. It appears like Groundhog Day in Australia, as the top 10 group today is very similar to how it looked ten years ago. With the big banks still dominating and BHP Billiton remaining the largest company. Many of these companies are dinosaurs in that they were created in the late 1800s and early 1900s. So where are all the tech giants in Australia? Some argue the fact that Australia has not had a recession in 26 years (the lucky country) has led to complacency with less focus on innovation that we see in the US and China. Perhaps a little too cocky you could say? In fact, one of Australia’s most promising technology companies, Atlassian, chose to list in the US instead of Australia.

Looking at the top 10 largest companies in New Zealand, you could argue Kiwis are more innovative than their Australian cousins.

Xero, the accounting software company made it into our top 10 in a relatively short period of time, only founded in 2006. I guess the Australians will be claiming Xero shortly as one of theirs.  And what about A2 milk, they have literally been “milking it” and potentially could be our biggest company one day.

What are the biggest companies globally?

Ten years ago, when oil was over $100 a barrel, oil companies dominated the top 10 lists. Has anyone heard of PetroChina? Well the Chinese oil giant was the largest company in the world in 2008 with a market value of $728 billion. Would you believe at one stage PetroChina was the first company to cross the $1 trillion-dollar mark in market value. The world couldn’t get enough of the black gold in 2008. Five of the top 10 companies in the world were oil companies. Given the electric vehicle revolution, I have doubts oil companies will ever dominate the top 10 again. China, once seen as a fast follower copying ideas, is now becoming a key competitor to US dominance, with the Chinese Government providing strong policy support for new technological innovation. Could Indian technology companies be next?

So why do the Chinese and US tech giants dominate the global rankings?

I think it really comes down to their culture of innovation. These companies create a culture that encourages taking risks and trying new things. It also helps that they attract the greatest minds globally.

Nothing highlights this better than quotes from China’s and America’s greatest entrepreneurs. Jack Ma of Alibaba stated “If you don’t do it, nothing is possible. If you do it, at least, you have the hope that there’s a chance”. Thomas Edison the inventor of light bulbs had many setbacks along the way. To quote him “I have not failed, I have just found 10,000 ways that will not work” a similar mentality applies to today’s great US innovators. Take Amazon CEO, Jeff Bezos, who believes “failed experiments are the necessary evil to create success” and “nine times out of 10 you are going to fail but every once in a while, you will hit a home run that in business terms is more like 1,000 runs”.

Who knows what the next 10 years will bring but in this fast-changing world if you snooze you lose.

*Stephen Johnston is a portfolio manager at Milford Asset Management. This article was first published here and is used with permission.

Disclaimer: This article is intended to provide general information only. It does not take into account your investment needs or personal circumstances. It is not intended to be viewed as investment or financial advice. Should you require financial advice you should always speak to an Authorised Financial Adviser.

Disclosure of interest: Milford Funds Ltd. holds shares in many of the companies mentioned on behalf of clients.

Great article Stephen ... a whole lotta fun reading through it ... sadly , as you didn't include " house " or " housing " in the title , it didn't garner much attention around here ...

... my guess , for what it's worth , is that in a 2028 edition of this piece , a healthcare-gene tech company will make it onto the USA list ... some firm specializing in cell regeneration perhaps ... the next big thing after we're all Googled and Appled out ... the promise of eternal youth !

I find myself asking how many of those top 10 NZ companies are selling expensive value add stuff that the rest of the world wants to buy? F&P healthcare definitely! Excellent, that's fantastic. Take on ResMed, go get em. A2 Milk yes but it's speculative at the moment with a trailing P/E ratio of 94 according yahoo finance. But what else is there, domestic ticket clippers. I suppose AUckland airport is generating revenue from overseas. How much export revenue (or current account defect) are the other companies generating? Perhaps there are tons of little SME's generating export revenue that aren't on the top 10.

And the OECD still doesn't know what to do about it

interesting to see how with tech that has changed our lives has also become the biggest companies.
for those that picked them early well done on your investments.
me i am picking renewable power tech and infrastructure as the next big thing with the changes coming in transportation

my shares just took a whipping but I'm thinking of getting some LIT for reasons you've mentioned. Also the dividend isn't too shabby. Other than that I shoved some solar on mums roof. Doesn't really make financial sense as the payback is 15 years but sometimes these infrastructure investments have a habit of coming right.

Listen to this...radio is so outmoded...is nobody listening....106 million lost interest.

Maybe an Apple for communication...and an apple to cook up a storm...but wait..look to the right...a drop in the bucket...overpaid, overseas, what is a mere 163billion to play with. ..stock, sell, exchange..bubble...swap.