Stephen Roach sees a China that knows what it has to do, and an America with a serious leadership deficit. Accountability for failure won't be able to be avoided

Stephen Roach sees a China that knows what it has to do, and an America with a serious leadership deficit. Accountability for failure won't be able to be avoided
22nd Mar 18, 5:00am
by Guest 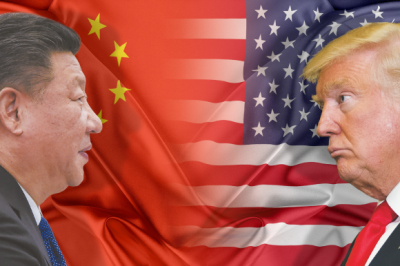 The removal from the Chinese constitution of the provision limiting presidents to two five-year terms came as a shock to many. For China, the institutionalisation of leadership succession was one of Deng Xiaoping’s most important legacies, signaling an end to the wrenching instability of the chaotic leadership cult of Mao Zedong. For the West, the term limit was an ideological bridge that led to a path of engagement. Could its abolition be the tipping point for an already precarious Sino-American relationship?

Start with China and what the move means for its future. To figure out what will change under a different framework for leadership succession, it is important to cut through the authorities’ opaque rhetoric – the “moderately well-off society” transitioning into the “new era” – and stress-test their basic development strategy.

While anything is possible, and there is always a risk of mistakes, my bet is that China stays its current course. Succession or not, there can be no turning back from a transition that has brought a large, poor developing country to the brink of prosperity as a modern, high-income economy.

Initially, China’s leadership – responding to former Premier Wen Jiabao’s surprising 2007 critique of a Chinese economy that had become increasingly “unstable, unbalanced, uncoordinated, and unsustainable” – made its case from an analytical perspective. Last October, in a speech to the 19th Party Congress, President Xi Jinping made the same point from an ideological perspective, reframing the so-called Marxian principal contradiction around the pitfalls of “unbalanced and inadequate” development.

Significantly, these two perspectives – analytical and ideological – take China to the same destination: a prosperous economy and society with a thriving middle class. To get there, China must go through a transformative rebalancing, from manufacturing to services, from export dependence to domestic consumption, from state-owned to private, and from rural to urban.

By now, all of this is well understood. The current debate in China is less about strategy design and more about implementation. This, in fact, was Xi’s highest priority on assuming office in late 2012, and it formed the rationale behind an unprecedented anti-corruption campaign aimed at dislodging deeply entrenched power blocs that have stymied the transition.

But now, five years later, the Chinese leadership is poised to tackle the next phase of the implementation challenge. There is a palpable sense of urgency to this task. Behind the public façade of a confident leader, Xi has owned up to the possibility of failure. From an analytical perspective, this has been expressed in terms of a Japanese-like stagnation if China mismanages its economy. From an ideological perspective, an endgame of chaos and revolution looms if the “principal contradiction” is not resolved.

Given these mounting concerns, implementation risks are now being presented in a different light. At the World Economic Forum in Davos in January, Liu He, China’s new vice premier for economic policy, hinted that upcoming reforms would be carried out with surprising speed. In a recent signed commentary published in People’s Daily, he also noted that, “Strengthening the party’s overall leadership is the core issue.”

These views do not come out of thin air. Liu, a master tactician, seems to be underscoring the link between leadership power and the pace of reforms. The perceived need for greater leadership power – reflected in the elimination of the presidential term limit – has become a key element of the authorities’ implementation efforts. Consistent with Xi’s early instincts, this may well be the only way for China to avoid the “blind alley” of which Deng warned in 1992.

Yes, viewed from the perspective of liberal democracies, China’s constitutional revision is a disappointing governance setback. From China’s perspective, however, it may well be the only option to address its daunting implementation imperatives head-on. And the recent experience of other countries, particularly the United States, certainly cautions against the Western tendency to conflate succession and leadership quality.

America’s leadership deficit is, in fact, pushing the US and China to the brink of a trade war. The plight of the US middle class has been framed as a blame game, with China and its alleged unfair trading practices singled out as the culprit. Yet the evidence points elsewhere: to a dramatic shortfall of domestic saving that leaves America dependent on surplus saving from abroad to fill the gap. The result is a multilateral trade deficit, with China and 101 other countries, required to provide the foreign capital needed for the balance of payments.

In other words, China is actually an important part of America’s “solution” to its saving-short growth problem. Yet US leaders find it expedient to make China a scapegoat. And the situation is going from bad to worse. The large tax cut enacted at the end of 2017 will expand the US federal budget deficit by $1.5 trillion over the next decade, pushing domestic saving even lower – an outcome that will lead to even wider trade deficits.

As if that’s not bad enough, a protectionist Trump administration has elevated anti-China tariffs to a central role in its international policy agenda. Yet protectionism in the face of widening trade deficits spells nothing but trouble for frothy financial markets and a saving-short US economy. And it risks the most serious rupture in the Sino-American relationship since 1989.

No one knows how long Xi will remain in office. If China stays the course, the succession question is inconsequential – at least for the time being. If China slips, the verdict will be very different. While the US has a very different political feedback loop, accountability also matters. In the end, the quality of leadership is what matters most for both countries. Sadly, those living in glass houses always find it easiest to throw stones.

Listening to a guy from China on youtube he said most of the new wealth in China has been made from a giant bubble in asset values, lets see them sort that one out, if it works for them will it work for us?

Best thing to do is, when you make money in a bubble, is to take the money and run.