Tom Maasland & Richard Wells of MinterEllisonRuddWatts take a look at the promises and challenges of open banking for banks
25th Jun 18, 9:54am
by Guest 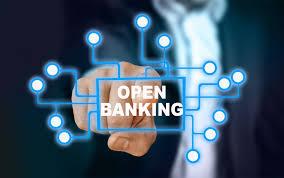 It is clear that the data protection landscape in the European Union under the General Data Protection Regulation (GDPR) provides greater control to individuals over their personal data – in the sense that use by agencies is further restricted. At the same time, data portability and Open Banking initiatives (also with their genesis in the European Union) take the concept of individual control even further – but in a contrasting sense – to provide the individual with the power to require those agencies to share an individual’s data with third parties.

Open Banking will enable an individual to direct a bank to transfer data it holds about them to a third party, in a usable machine readable form. This could release the value of that data to individuals and open up banking innovation and competition (between banks and with non-banks, particularly technology offerings). Products will be offered that allow a customer an aggregated view of its financial position. Competing financial institutions will be able to offer products based on a full view of actual transaction information. Transacting on a single interface connected to multiple underlying providers will become possible. These are just some of the innovations that are expected from Open Banking.

If Open Banking is implemented in Australia, it sets out the likely scope, what the regulatory framework would look like, what safeguards may be in place, and the technological mechanisms by which it should be achieved. If Open Banking is implemented in New Zealand, our regulators are likely to look closely at how it has been adopted in Australia (particularly given that the country’s four largest banks have Australian parents).

Work is already underway with the involvement of the major New Zealand banks, through Payments NZ, to develop and pilot the use of payment-related application programming interfaces (APIs). These would essentially allow third parties, with the customer’s approval, to access customer information held by banks. The pilot will feed in to the creation of a common industry framework for open banking, which the participants no doubt hope will provide them control over the outcomes and stave off regulation.

Opening access to banking data (that has historically been well protected by banks in New Zealand) introduces greater risks of hackers or fraudsters accessing data through the newly created APIs or new third party players in the market applying lower security standards. Critical for the success of these open initiatives are suitable protocols and governance, even regulation, implemented around the technical aspects.

Certainly this is reported to be a key concern of the proposed governance framework to be developed by Payments NZ on behalf of the industry.

In addition, there will no doubt be difficulties ensuring that there is informed consent in all cases so that the individual understands the implications of data sharing before approving the data transfer. What obligations will fall on banks tasked with sending the data as opposed to the recipients (but who may also be competing banks)? Will “click to accept” be enough?

There is a clear connection between the more precise consent requirements under GDPR and the consent controls that may well be part of any Open Banking initiative given the sensitivity of that data. As the time for Open Banking in New Zealand draws nearer, banks (and others in financial services) will be wanting to start investigating technology and processes that address modern data management trends holistically, and not just those aspects that fall within the Bill.

The competing requirements for data processors to both share and restrict the sharing of personal data will be a challenging line to tread, meaning that early engagement on these matters and building a culture and practices around compliance should be a focus for the years ahead. This will become particularly pressing if and when the mandatory breach notifications become a reality.

This is the third in a series of three articles. The first one is here. And the second one is here.

A list of the companies taking advantage of open banking in the UK, I believe about another 100 are waiting for approval, some novel ideas.

I'd suggest there needs to be perscriptive security measures if we are to open up the use of personal financial data or the system might be a whole lot more "open" than people might want.

As for the competitive landscape I see little probability of change except to aid larger banks poaching business.

Once again NZ is years behind the rest of the developed world. Oh for the 80s when we were early adopters of EFTPOS