New research reveals that the US has become the tax haven of choice for the super-rich, writes David Cay Johnston

New research reveals that the US has become the tax haven of choice for the super-rich, writes David Cay Johnston 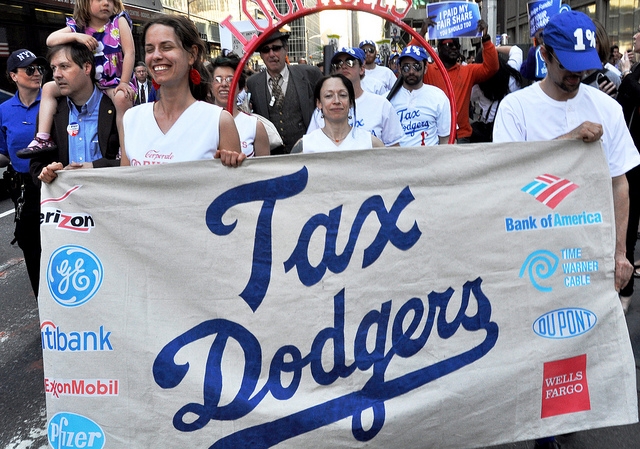 *This article comes from DCReport and is used with permission.

Which country do rich people willing to break the law to escape taxes favor most as the place to hide their money? Chances are you’re in it right now.

Public records reveal there are two major tax havens of almost equal size. Few journalists ever look at such records, much less analyze them, but scrutinizing them is our specialty at DCReport. 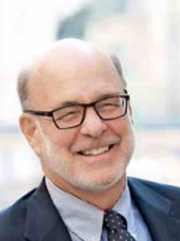 In first place is the spiderweb of British protectorates including Bermuda, the Cayman Islands and the Isle of Man. Virtually equal in size, and growing fast, is the United States.

America has 22.3% of the global illicit money-hiding business while the British spiderweb is at 22.6%.

These rich tax evaders enjoy their money without sharing in the burdens of government. Instead they silently shove their burdens onto the rest of us, who as a result suffer from a combination of more taxes, less government services and more government debt than if the tax laws were enforced.

We could, of course, fix this if we had a president who was not himself a confessed tax cheat who lost two income-tax-fraud civil trials, as I detailed in my book The Making of Donald Trump.

Among those who facilitated egregious money laundering was Donald Trump with his Taj Mahal casino, which was fined $10 million in March 2015 for “willful and repeated violations of the Bank Secrecy Act” in the form of “significant and long-standing money-laundering violations.”

Henry writes that “by now we (should) all know that global trade wars, as well as imperial wars, can be costly. But the high costs of global tax competition, deregulation wars, and financial secrecy wars have received much less attention. Unfortunately… the United States, which has long prided itself on being one of the world’s leading proponents of progressive taxation, multilateral cooperation, and stiff sanctions for white-collar financial crime, is now actually leading this race to the bottom.”

“Indeed,” Henry adds, “the United States is on the verge of fulfilling one of the most hyperbolic fantasies of ultra-economic libertarians—as Rep. Devin Nunes (R-CA) put it way back in 2013, this is ‘to make the United States the largest tax haven in history’.”

Under Trump policies that seems certain. Cuts in the Internal Revenue Service budget, attacks on federal law enforcement, the appointment of numerous high officials whose histories show they worked for the tax evaders, money-laundering banks and otherwise helped tax cheats have been documented by DCReport. You can review some of our stories on how Trump and the Republican leadership in Congress gave aid and comfort to tax cheats here and here.

Henry knows of what he writes about illicit money flows. While still in his 20s Henry was chief economist at McKinsey, the big global business consultancy, and then he became a General Electric executive reporting directly to CEO Jack Welch. Henry gave all that up decades ago to pursue investigating corrupt banking practices, money laundering, tax avoidance and other financial crimes. Henry was also a consultant on the Panama Papers expose by the International Consortium of Investigative Journalists.

In March 2017 Henry wrote DCReport’s intensely documented exposé of the ties between Wilbur Ross, who was named Commerce secretary by Trump, and the corrupt Bank of Cyprus, a leading money launderer for Russians. Ross served as vice chairman alongside an appointee of Vladimir Putin. We summarized Henry’s story here and ran it in full here.

In his new report Henry notes the crucial role played by weak state laws that let people hide who actually owns American corporations set up as shells to move and conceal wealth. You can learn more about how state laws help international tax dodgers (and can help terrorists, too) by reading an excellent 2011 Reuters exposé by reporters Brian Grow and Kelly Carr.

Driving home this point about how the weak corporate disclosure laws of Delaware, Nevada and Wyoming help tax dodgers, Henry’s new exposé quotes a question at a 2008 money-laundering conference and the answer from a senior partner of a Panamanian law firm:

Q: “So where else do you advise clients to set up their offshore companies and trusts?”

A: “We think Delaware is pretty good. They have over a million companies and trusts there, and no beneficial ownership registration. No one can find you.”

Henry’s full report, including 50 footnotes for those who want to dive really deeply, is available here from our friends at The American Interest online magazine.

*David Cay Johnston is Editor-in-Chief of DCReport and a Pulitzer Prize winning US investigative journalist. He featured in this interest.co.nz video interview earlier this year. This article is used with permission.

When watching shows like American Pickers etc you can see that cash is king.
The use of EFTPOS even in food joints appears to be minimal.

Bring in a capital gains tax in New Zealand, and watch the capital flight to Singapore or the US. As the old saying goes, its better to have lots of people paying some tax, than no people paying any tax.

Agreed. Greece showed how well having mass avoidance works. Go as far as saying tax avoidance is the greatest cause of inequality.

NZ would be far better off without those likely to flee it to avoid paying their fair share of the cost of maintaining a functioning society.

"Tax cheating is as American as apple pie"

No kidding. Take Hollywood. The entertainment business declares annual earnings well in excess of half a trillion dollars. That's what is declared by a notoriously tax-averse industry. The true figure is likely more than four times as much. At least. Just look at the lengths studios and producers go to: Hands up if you're naive enough to believe it really costs US$250m to produce a picture that is 80% cgi. Or you actually believe it when told it costs US$400m to promote a feature. The tiny independent movie My Big Fat Greek Wedding cost less than US$6m to produce but to date has earned almost US$370m (declared earnings); yet those who actually made the film -- directed, acted, etc. -- had to sue the studio just to get paid anything at all because it was written-off as a total loss despite being anything but. This is how it goes with pretty much everything in the business and all because Hollywood's power players own so many politicians they can dodge the I.R.S. with impunity.

It's a downside of the United States: Although it's the one place on Earth where you have a real chance of prospering in ways unthinkable elsewhere, it is also ruled by sheer unfettered greed and selfishness.

What we need is tax havens for the working poor.

No it's the painter or sparky who take that $100 cash job that are bringing down our economy man!

All big businesses pay heaps of tax, just read about Visa and Mastercard, they pay like 4% tax man! Outrageous they have to pay so much.https://thespinoff.co.nz/business/03-04-2018/google-and-apple-are-under…

Also, need to get those small cash heavy business owners like takeaways, they are costing the country trillions.

Decreasing GST would be a good first step. Don't need that, funding the tax cuts for the wealthy nine years ago.

It would, but GST is one of the few taxes that income tax dodgers actually pay, whether criminal or legal.

Another one would be a financial transaction tax. Then the IRD wouldn't need to stress about trying to extract money from Tradies doing cash jobs. Yeah, there might be some who will just continue to carry cash big deal, risk and reward. As soon as they deposit it into a bank account and transfer it somewhere it gets hit.

Anyone in business pays little in GST. They claim all their expenses first then pay GST on the balance.

It's wage workers who carry the brunt of the GST burden I think.

How did you work that one out Davo?

You are paying more than you should :)