Rising petrol prices unlikely to dampen the kiwi love affair with the private motor vehicle, with households making other sacrifices to stay on the road

Personal Finance / news
Rising petrol prices unlikely to dampen the kiwi love affair with the private motor vehicle, with households making other sacrifices to stay on the road 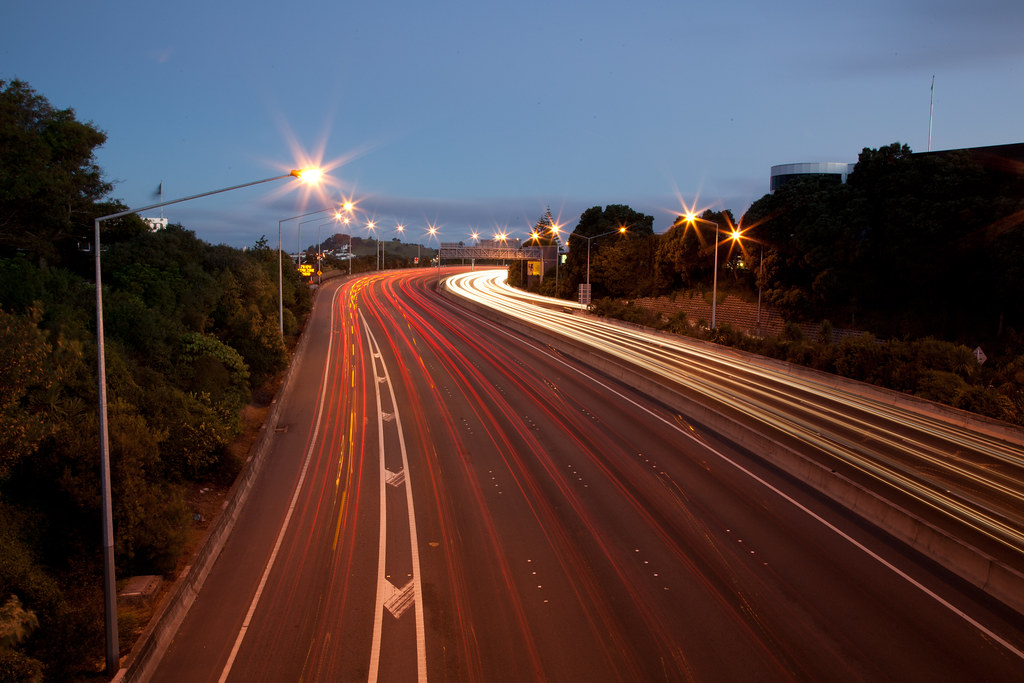 Even jaw dropping fuel prices are not likely to be enough to fast track the ending of the Kiwi love affair with the private motor vehicle.

As a consumer purchase fuel is fairly inelastic, said Terry Collins, Principal Policy Advisor at the Automobile Association. Even a 10% price hike at the pump only equates to a 1.5% drop in demand.

Motorists may baulk at the pump price (now over $3.00 per litre for premium unleaded in some parts of Auckland) but the factors that influence the setting of fuel prices are not widely understood.

"It's one of those begrudging purchases people make, they blame the oil companies and the branded retailers." said Collins.

"We understand that rising prices aren’t great for consumers, but we remain really concerned at the growing abuse our retail staff are facing given they have the most interaction with our consumers," said Haley Mortimer, external communications and government relations manager at Z Energy.

Outside of the control of oil companies is the international price per barrel for crude oil, which has been rising.

Then, the per-litre Government taxes for the National Land Transport Fund, the Emissions Trading Scheme (ETS) tax and others all kick in before any retail margin.

Mortimer said consumer consumption decisions are already changing as fuel prices increase and the transition towards a low carbon future must be done in an equitable manner.

"Carbon abatement doesn’t come for free, as is clear through the rising price of carbon. The question of who bears this cost is an important challenge that must be solved for moving forward through both public/private partnerships and policy settings.

"There must be an equitable transition plan for low-income New Zealanders that may not have the option to either drive less due to their circumstances (for example shift work that means that public transport is not a feasible option) or have the means to transition to an EV," said Mortimer.

Collins also pointed to shift work as a barrier to ditching the private motor vehicle, particularly when several adults live in one household.

"One starts work at night and one in the morning, sometimes the household has three cars just to get people to and from work," said Collins.

Early and late shift starts also rule out public transport for some, he said, particularly for those who travel between suburbs where the service could be less frequent than direct routes into the city.

While some discretionary car trips might decrease in response to rising fuel prices, for the more essential ones it's likely to mean sacrificing something else.

Collins said this could mean missing bill payments for other services and skimping on heating during winter to get by.

"Food is going up at the same time but wages are not, families are shopping for specials and may avoid meat or other luxuries," said Collins.

The Government's Clean Car Discount has been incentivising the purchase of electric vehicles (EVs) since July 2021 through rebates, but he said the biggest problem had been supply, with wait times of four to five months for some vehicles.

While the Clean Car Standard will see the prices of EVs come down, Collins expects the prices for higher polluting internal combustion engine (ICE) vehicles to go up, and the AA is concerned that this will mean people holding onto older, higher polluting vehicles for longer.

New Zealand's vehicle fleet already has a high average age of 14.7 years, higher than Australia, the United States and Europe.

As light electric vehicles become more popular, and attract road user charges (RUC) from 2024, we will begin to see a shift in the ratio of taxes that fund our roads, away from per litre levies on petrol and towards per-distance taxes like RUC.

Much is made of the international oil price, but this almost broke $150 in the 2000 - 2010 decade and fuel prices were substantially lower than what they are now.

What should concern us most is that the government has made climate change commitments over and above what has been previously announced as part of the Glasgow jaunt. So expect the ETS components of any fuel taxes to rise significantly, and add the GST component of that on top as well.

It is hard to see this as anything other than a tax for not living in an area well-served by public transit (e.g. a well-off central part of the city) and having a job you can't do remotely.

The best way to subsidise your food and fuel costs is to buy more ETS.

Since ETS jacked up your food and fuel costs, the rise in the ETS prices will become your ultimate hedge against inflation.

The more you buy, the more subsidy you get, there's no better alternative. And if you buy enough, it may even cover your entire food and fuel costs.

TINA takes on a new meaning in NZ.

Anecdotal I know, but from what I have seen there definitely doesn't seem to be the change in behavior we have seen previously relating to Petrol prices.

I wonder if it is just expected now. Will $3 be the psychological cap that will motivate people to change behavior?

I don't think so. Gap or no gap. There is just no other alternative in most of NZ cities.

I tend to agree. I am in a Regional city. Minimal Public transport, and in the 10+ years I have been here the traffic has increased significantly.

Kiwis can't get out of their cars, as in most areas of NZ there are no credible public transport options available.

Try transporting that deer or pig you just shot on public transport or in a pay per km vehicle.

Same with a train if you have luggage, especially if it’s crowded. Bloody nightmare in fact. Cannot imagine that Aucklanders are going to catch a train to the airport & manhandle their bags etc on & off ? Ok backpackers might use it but if you are ruling out most of Aucklands citizens as travellers, who is going to use the train. Same in Sydney, London, everybody takes a car to the airport.

Haaaarden up. Took the train to and from the airport every time in Vancouver. With a family. This is where we see who has arranged their lives entirely around the car, and now gets to pay the price.

And for the other 1000 trips per year where you're not carrying a carcass?

I'm sure fear of covid is playing in to this too.

My wife used to catch PT to get to work, she doesn't want to anymore because of covid, she drives.

And to be honest it doesn't cost her much more, if at all, even with high petrol prices, because she gets free parking at work.

And I have no transport costs at present because I am entirely working from home. I'd be saving $40-50 pw on transport, and $50-60 pw on lunches (I'm not the best at bringing lunch to work in normal times), and $20 pw on coffees.

I feel for people who work in shifts, retail etc who aren't on good incomes AND are getting whacked by the cost of fuel. Once again, it's lower income people getting hit by far the hardest- BE KIND!!!

What choices do we have than not to drive?

A poor citizen getting fleeced every where.

well getting to work on Public transport would involve a 90 min cycle - - three  buses  and then a 20 min cycle at the other end --  and mean a 3 1/4 hour commute each way - and i only live 35mins from Auckland CBD off peak --  and leaving two bikes one at each end of the journey as we cant take a bike on a bus - and there are no secure cycle parks at bus stops .....

Thats before the vanity project in central Auckland adds another few hundred $$$ --  a place that most Aucklanders NEVER visit!

"The vanity project" that unlocks more frequencies across the whole rail network?

Hardly surprising, public transport hasn't been developed enough for people to use it to commute in many places.

Fuel demand is definitely inelastic in the short term, but high pump prices ought to nudge consumers toward less-thirsty options. Alongside the feebate scheme to the same effect, that is.